NEW DELHI: Researchers revived ‘zombie viruses’ that lay dormant in the Siberian permafrost for up to 50,000 years and discovered that they are still infectious despite millennia of infection trapped in the frozen ground.
Scientists from French National Center for Scientific Research revived 13 never-before-seen viruses from seven samples of ancient permafrost. The oldest virus has been named Pandoravirus yedomadetected in a sample taken from the bottom of Yukechi Alas inner lake Russia. It is 48,500 years old.
In 2014, researchers themselves unearthed a 30,000-year-old virus trapped in the permafrost. The discovery is groundbreaking because after all this time, viruses can still infect organisms. But now they have beaten their own record by resurrecting a virus that is 48,500 years old.

Scientists are thawing these ancient viruses to assess their impact on public health.
According to a scientific study, yet to be peer-reviewed, global warming is thawing huge swaths of permafrost – permanently frozen ground covering a quarter of the area. Northern Hemisphere.
This has had the worrisome effect of “liberating organic material frozen for a million years” – possibly including deadly viruses.
The situation would be even more dire in the case of plant, animal or human diseases caused by a resurgence of an unknown ancient virus, the study said.
Is the virus dangerous to humans?
Some of these “zombie viruses” can be dangerous to humans, the authors warn. And in fact, the melting permafrost has taken human lives.
In 2016, one child died and dozens were hospitalized following an anthrax outbreak in Siberia. Officials believe the outbreak was started by a heatwave that melted the permafrost, and an anthrax-infected reindeer carcass was unearthed decades ago. About 2,300 reindeer have died in the outbreak.
The latest revived viruses that the researchers discovered belonged to the following subtypes: pandoravirus, cedratvirus, megavirus, pacmanvirus, and pithovirus. These viruses are considered “giant” because they are large and easy to detect with a light microscope.
For this reason, the researchers believe there are many other smaller viruses that have escaped scrutiny.
More pandemics
Fortunately, the study’s authors say there is a “negligible” risk of these amoebic viruses having a dangerous impact on humans. But that doesn’t mean all ancient viruses are harmless.
It is unclear whether these ancient viruses can infect hosts when exposed to outdoor conditions such as temperature, oxygen, and UV light. But researchers say the likelihood of such a situation is increasing as more and more permafrost layers thaw and more people begin to occupy the thaw. North Pole for commercial and industrial joint ventures.
They believe that Covid-19-type pandemics will become more common in the future as the melting permafrost releases dormant viruses. It is therefore legitimate to consider the risk that ancient virus particles could still infect and re-enter circulation by thawing ancient permafrost.
(With input from agencies) 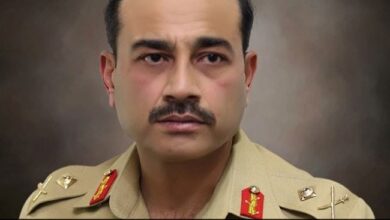 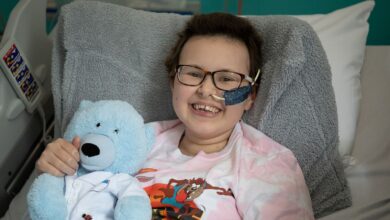