Many people have turned to exploring local nature trails for daily exercise as gyms are closed and group sports halted amid the pandemic.

Amateur photographers who captured stunning images of the animals in their natural habitat were quick to submit their photos to Weekend magazine’s annual Wildlife Photography Competition in hopes of winning a package worth more than £1,000.

The participants are divided into five categories – Birds; Mammal; Insect; Under 18; and Reptiles, Fish, Amphibians & Molluscs.

While each category winner receives a set of Nikon mirrorless digital cameras and a one-year subscription to Nikon Owners magazine, the overall winner also receives a trip to the Camargue with photography. Wildlife expert Simon Stafford, with support from Create Away, to get a four-night class on photographing the region’s wild horses, flamingos and gaurs. 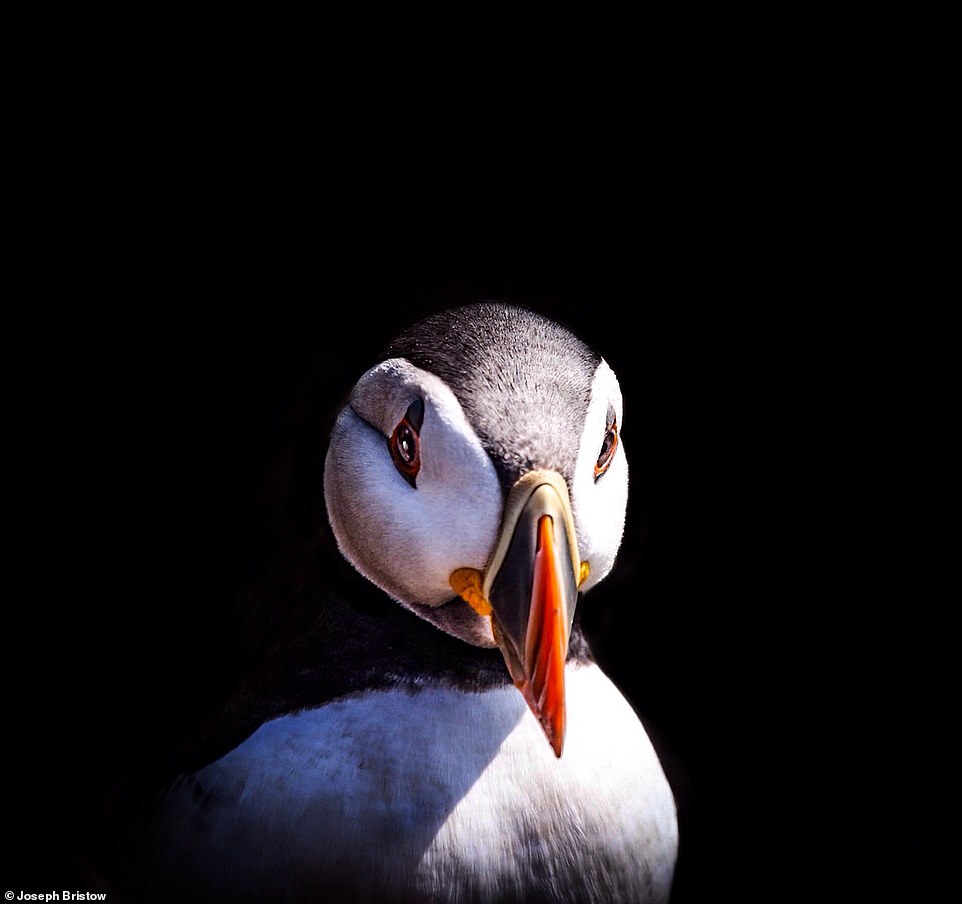 PUFFIN: Photographed by Joseph Bristow, 23, a retail supervisor from Llantwit Major. ‘Arriving at 3 am and waiting in line at 6 am the box office opens. First in line, I took the boat to Skomer Island. With only a few hours allowed on the island, I had no time to waste. Being surrounded by Puffins was a wonderful sight and allowed me to take some great photos. I found this person to be very tame and likes to pose for the camera. As he stared down at my lens, I took the shot and was pleased with the results. I find the black background really provides a provocative and striking image that brings out the vibrant colors of the Puffins. ‘ 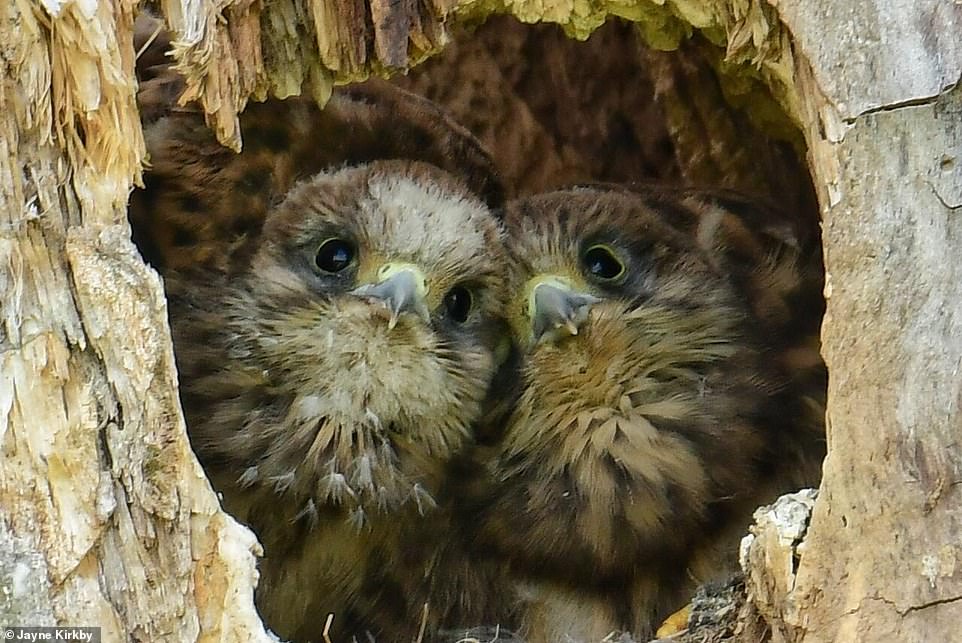 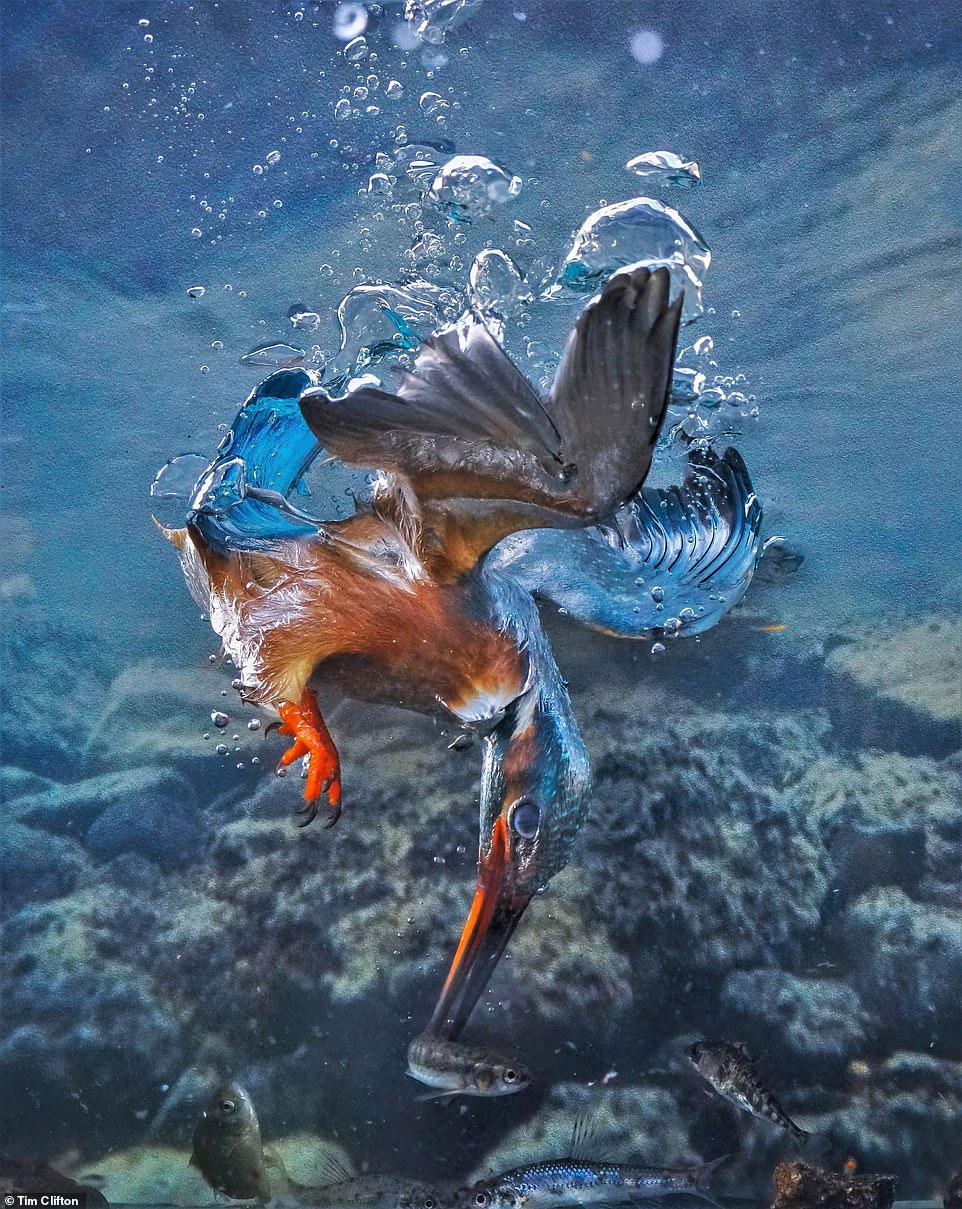 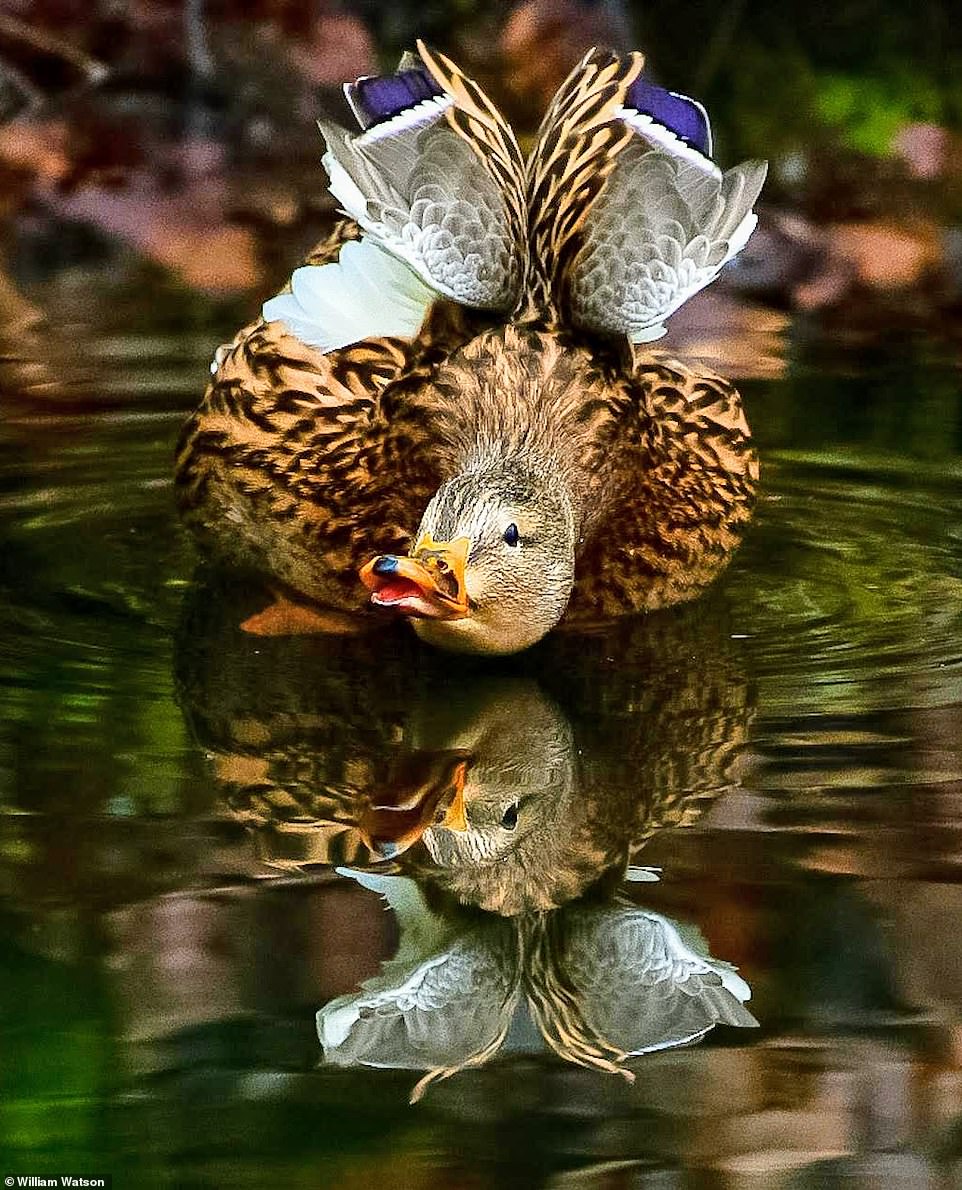 MALLARD: William Watson, 64, a retired HGV driver from East Dunbartonshire. ‘Taken on Forth & Clyde (December 19’) Bishopbriggs, When I took this picture of this Mallard, it stretched out creating a nice reflection…. ‘ 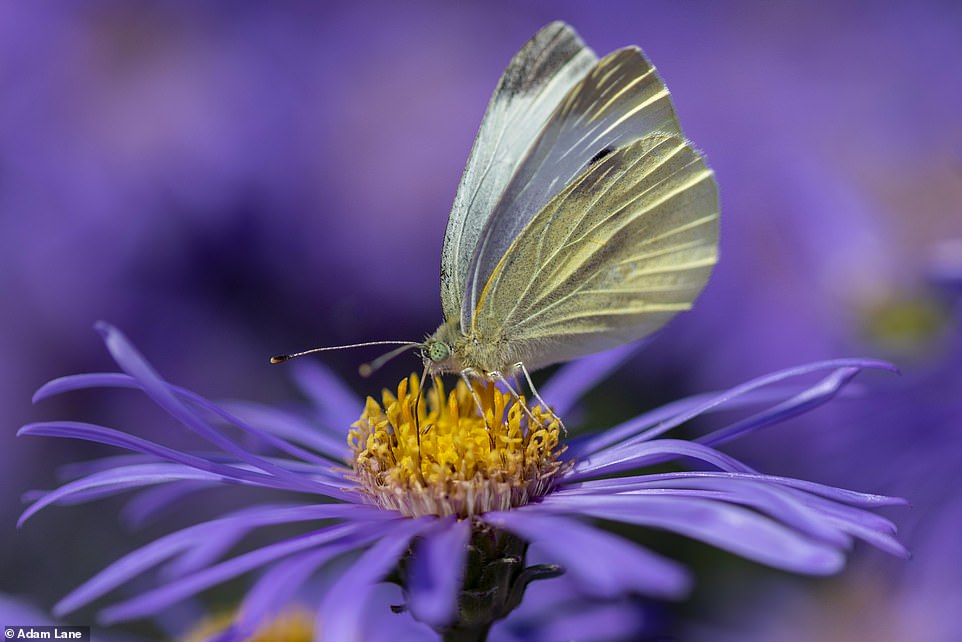 BUTTERFLY: Adam Lane, a 27-year-old host at Legoland, from Slough, captured a butterfly perched on a purple flower in clear detail. 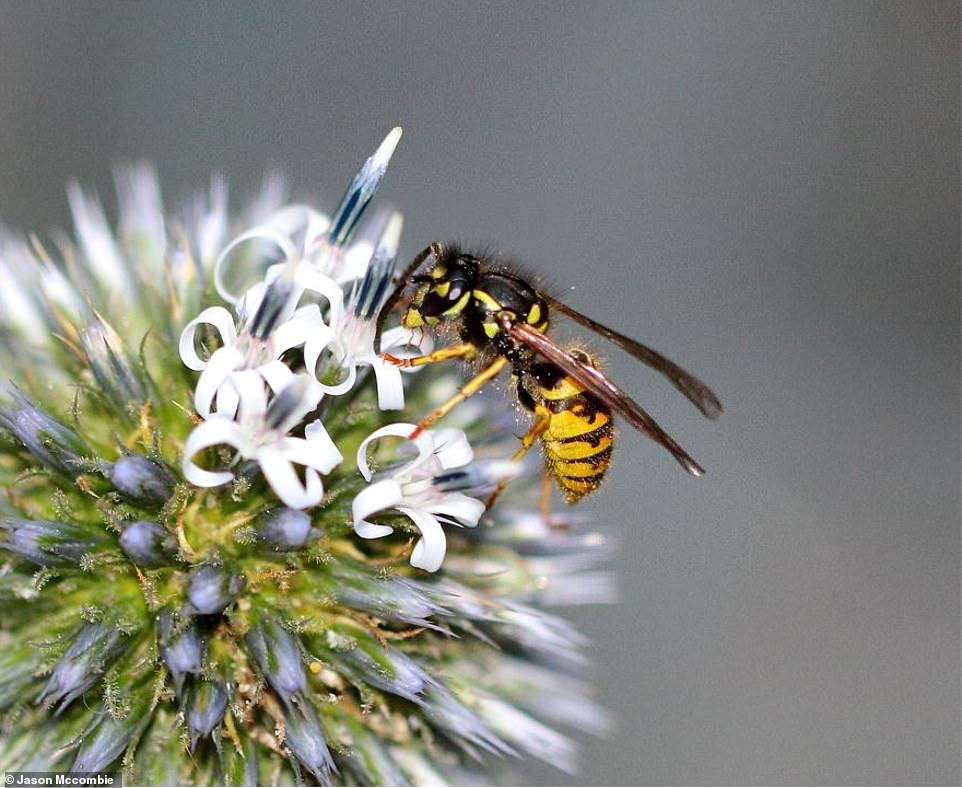 WASP: Shelia Moth took this captivating photo of a wasp on a thistle, capturing insects and plants in detail 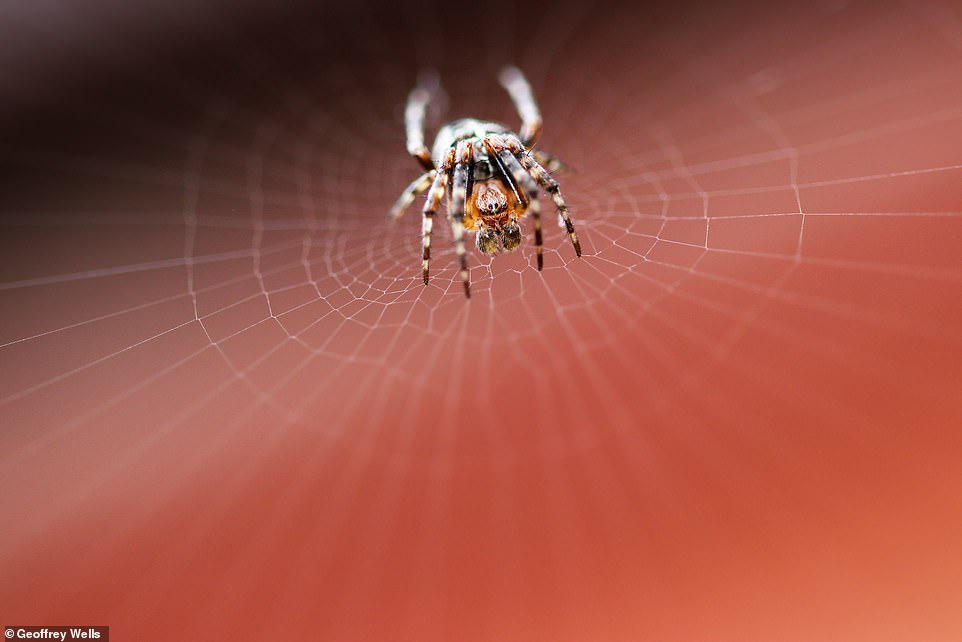 SPIDER: Photographed by Geoffrey Wells, 67, a maintenance carer from North Yorkshire. ‘This photo was taken in my back garden during the recent lockdown.’ 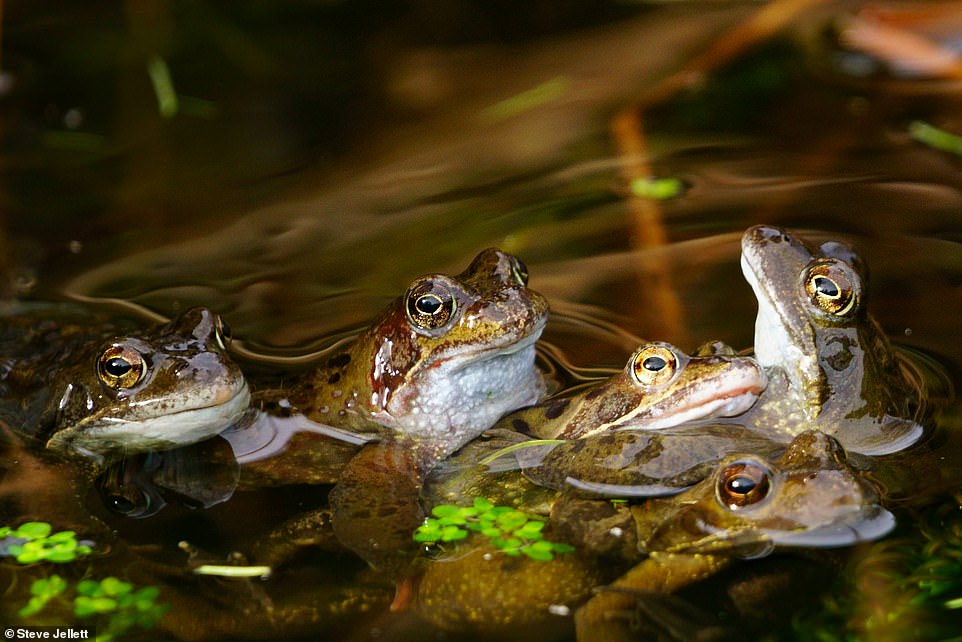 MATING FROGS: Taken by Steve Jellett, 64, from Essex, who is retired. ‘Taken in a small garden pond as 21 frogs mate.’ 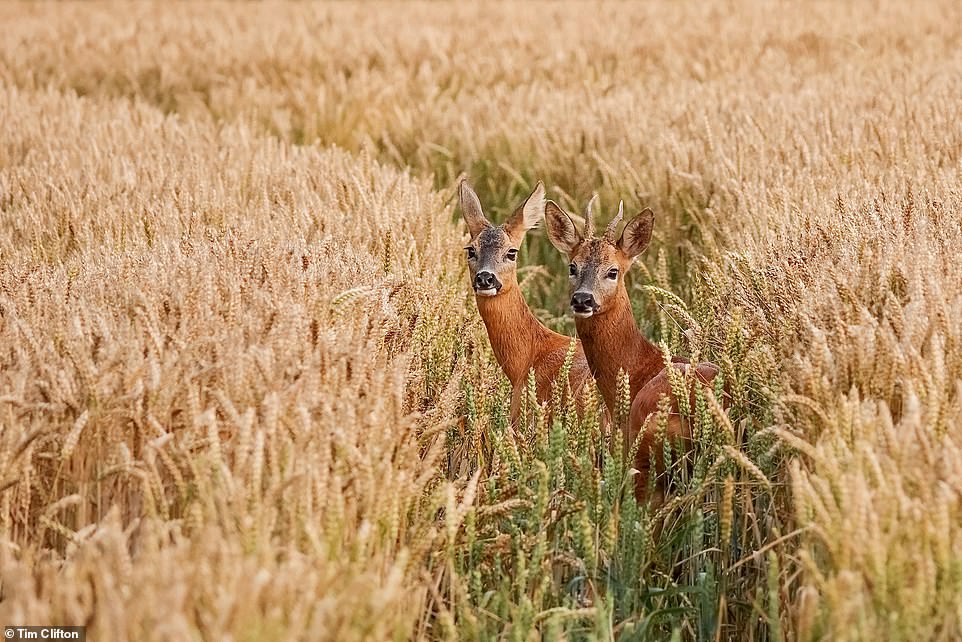 ROE DEER: Tim Cliffton, 75 from St Leonards at sea, took a picture of two roe deer discovered in a field 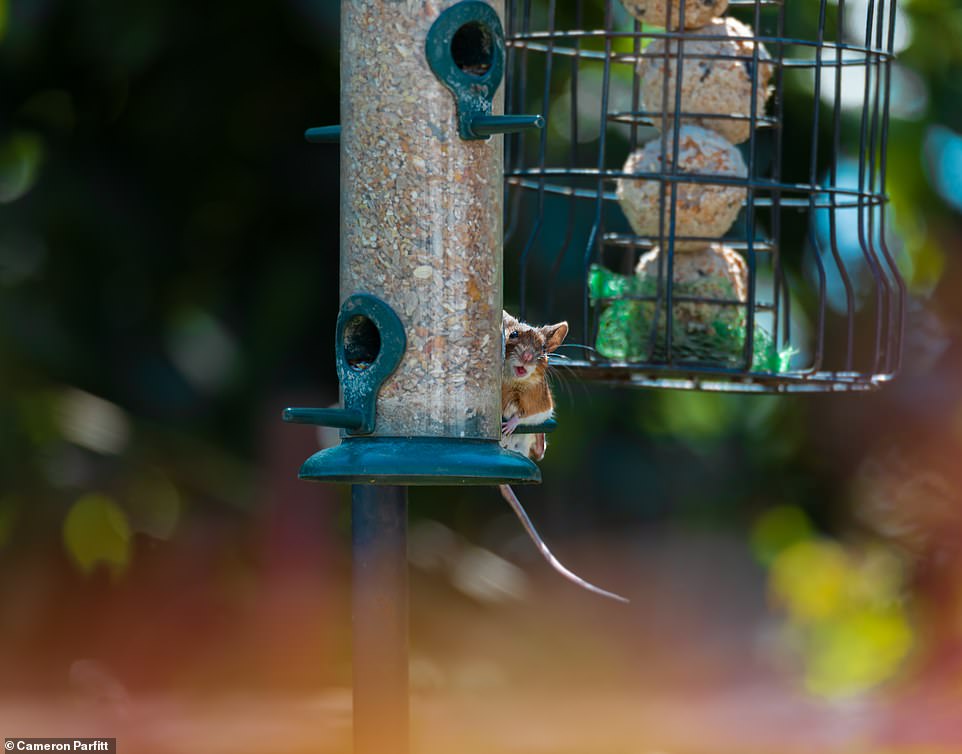 MOUSE: Photographed by Cameron Parfitt, 20, a student at the University of Brighton, from Worthing. ‘I would love to emphasize that even in your back garden there are images to be had. This is a picture of a cheeky wood rat continuing to steal food from what we now call a rat feeding place. It’s not uncommon for this little guy to be found inside a feeder without care in the world stuffing himself with bird seeds. ‘ 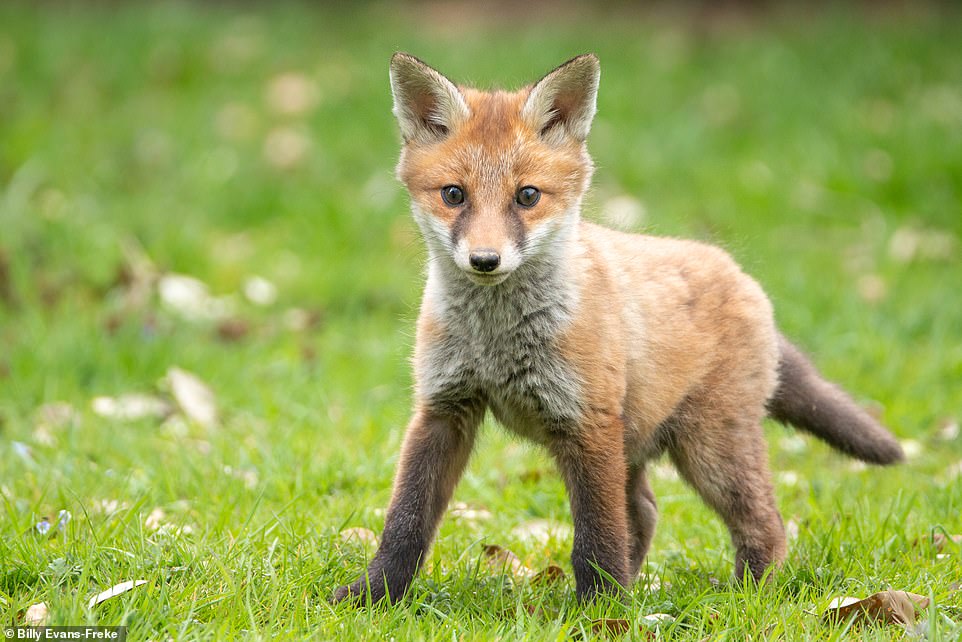 FOX CUB: Billy Evans-Freke, 15, a high school student from East Sussex. ‘It didn’t take long at the hideout before the first fox cub woke up from its nap and stepped outside. Right after that was another one. At first, they were in the shade of the bushes near the cave. But once they gain confidence, they start to come closer. Specifically, this cub is very curious and comes very close to the hiding place. ‘ 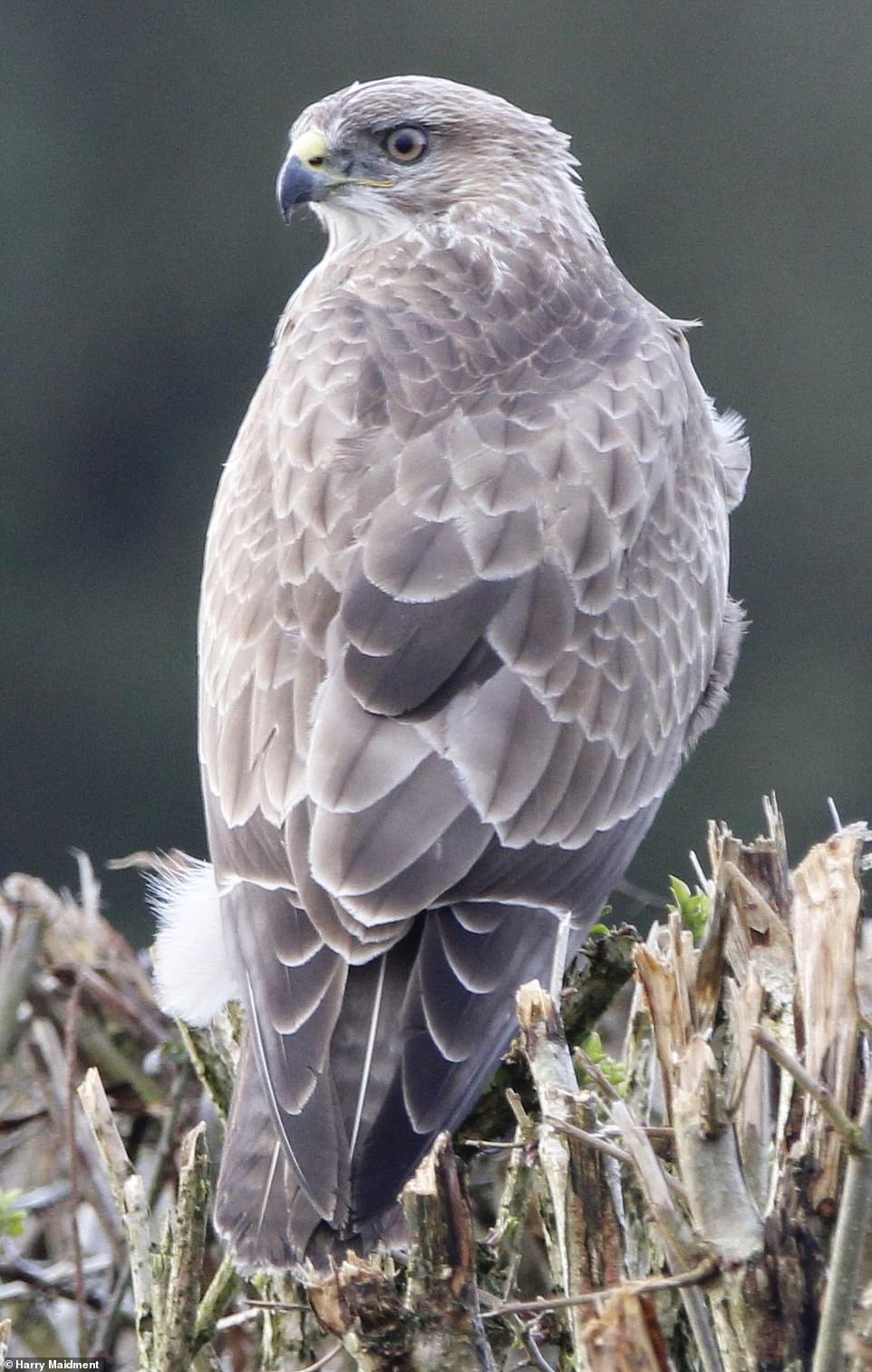 BUZZARD: Harry Maidment, 17 years old, a university student from Dorset. ‘This photo was taken near Dorchester, it was discovered while driving and was taken from the back window of a car. Anyway, it’s still unedited, all I did was zoom in on the photo. ‘ 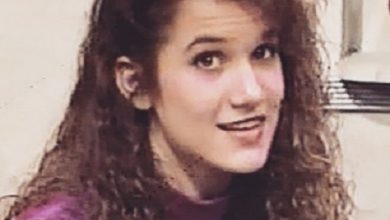 Tiffini Talia Hale Dead Or Alive: What happened to the actress? Is the news about the cause of her death true? Age & Husband Details 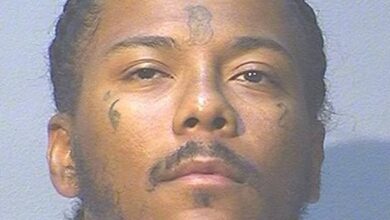 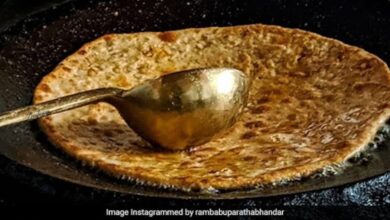