In this continuing series, we will be looking at U.S.-bred and/or formed athletes taking part this upcoming weekend at the Japan Racing Association tracks, focusing on pedigree and/or performance within sales. Here are the horses of interest this weekend running at Chukyo Racecourse:

Sunday, September 11, 2022
4th CKO, 13,400,000 ($93k)Newcomer, 2yo, 1800m
PINK SOLEIL (c, 2, American pharoah–Stoweshoe, by Flatter) get rid of a double-winner sister who is late ‘Rising star TDN’ and GISW Taris, dam of GSW King Fury (Curlin); and more than half are SW & MGSP Theater Star (War front). Pink Soleil trainer Hideyuki Mori spent $200,000 at KEESEP last fall and is looking forward to being the 27th winner out of 32 beginners in Japan for his male. Pink Soleil’s Curlin half-brother consigned by Eaton Sales as hip 461 at KEESEP next week B-Doug & Felicia Branham (KY)

ISAIAS (c, 2, California Chrome – Above Heaven, by Mr. Greeley) is the daughter of GI Alabama S. winner Lady Joanne (Orientate), who was acquired by Dr. Masatake Iida for $320,000 at KEENOV in 2013 and RNAd for $575,000 at Fasig-Tipton in October 11 fall next year. Lady Joanne, who was bought by Iida for $1.6 million for Tiznow at FTKNOV in 2009, is half-sister to GI hero Preakness S. Shackleford (Forestry) and MGSWs Baghdaria (Royal Academy). ) and Afleeting Lady (Afleet Alex), among others. B-Chiyoda Farm (KY) 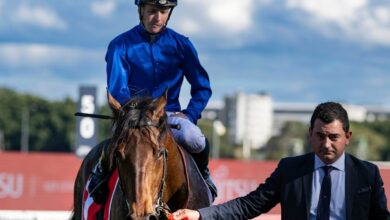 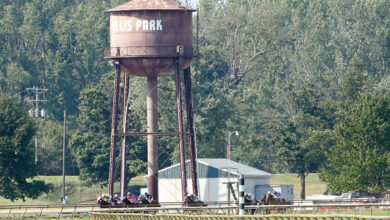 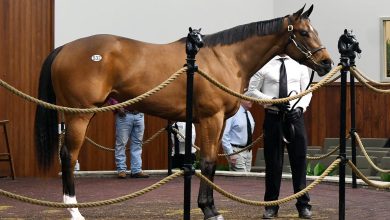