The locality is known for its drug abuse and addiction issues.

A viral video of a young woman allegedly under the influence of illegal drugs in Punjab’s Amritsar has sparked concerns about drug abuse in the state. The woman was identified and placed in a rehab center.

In the video, which was recorded in the Maqboolpura area of ​​East Amritsar constituency, a young woman appears stunned as she stands in the street, slouching and trying to move. The locality is known for its drug abuse and addiction issues.

Maqboolpura, in the holy city of Sikhism, often causes a stir over drug abuse cases. Many drug addiction treatment “drives” launched by the police have not yielded the desired results.

After the video went viral, Maqboolpura police conducted a local search operation on Sunday. During the operation, the police rounded up three people and recovered narcotics from their possession.

The police have registered separate FIRs in this connection. In addition, 12 people have been detained for investigation due to suspicious activities. Police also seized 5 suspected stolen vehicles in the area.

AAP MLA Jeevanjot Kaur, who represents East Amritsar constituency, said that the woman had been admitted to a rehab center.

Apple's most expensive AirPods are on sale 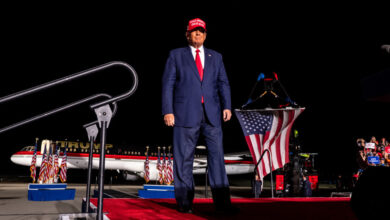 Trump May Pose a Test No Special Counsel Can Pass