UN, November 21 (IPS) – The United States, which recently issued a set of guidelines to monitor sexual exploitation and abuse (SEA) of US citizens in international organisations, including the United Nations and its agencies around the world, tacitly accused the UN of backing down in a high-profile case last month.

The United States District Court for the Southern District of New York sentenced Karim Elkorany, an American citizen and former United Nations employee, to 15 years in prison for drugging and sexually assaulting a victim. perjury to cover up another sexual assault.

As part of a federal investigation, Elkorany admitted that he drugged and/or sexually assaulted 17 more victims between 2002 and 2016.

Ambassador Chris Lu, U.S. Representative for United Nations Reform and Governance at the U.S. Mission to the United Nations, said that consistent with State Department policies, “we have referred the matter to Office of the Inspector General for review to ensure a culture of accountability.”

“We also call on the United Nations to undertake a similar assessment that includes a comprehensive examination of the handling of any allegations of sexual exploitation and abuse or harassment (SEAH) against Mr. Elkorany during his time in office. work for the United Nations”.

The investigation should look into whether UN officials were aware of Elkorany’s misconduct and failed to take appropriate action, including ensuring its availability and accessibility, he said. access to support for survivors.

Under the “Principles of Protection from Sexual Exploitation and Abuse and Sexual Harassment (SEAH) for U.S. Government Engagement with International Organizations,” the United States says it is committed to preventing and response to sexual exploitation and abuse and harassment at the UN. system.

“We strongly support the United Nations’ zero-tolerance policy and the efforts of the Secretary-General to strengthen its implementation.”

“Protecting from SEAH is the responsibility of leadership and management at all levels, who have a duty to act in response to SEAH allegations and ensure that governance and service delivery policies are implemented in a manner that respect the rights and dignity of all employees and the communities served by our organizations.”

The critical stance against the United Nations comes within the context of “16 Days of Activity Against Gender-Based Violence”, which begins November 25, and is seen as an opportunity to call for the prevention and eradication of violence. violence against women and girls.

Tsitsi Matekaire, Equality’s global head of ending sexual exploitation now based in the UK, told IPS that the US government’s publication of the principles is a development. welcome.

They echo similar aggressive initiatives by countries such as Australia and the UK, which have introduced measures following highly publicized scandals in recent years in the sector. international aid.

“It is good to see more organizations introducing and expanding protection policies, but words must be backed by effective action, and we need more evidence of the impact of these commitments. “It’s not good to have protective strategies and procedures in place if they’re not well implemented and abuse continues unchecked,” Matekaire said.

“We do not know the true scale of the problem, but we do know from frequent revelations that sexual harassment, exploitation and abuse remains a pervasive problem within the United Nations system and in other international development organizations”.

She pointed out that in September 2022, a media investigation revealed cases of sexual abuse by humanitarian workers at a UN-run camp in South Sudan. It has been reported that the abuse occurred “everyday” for a number of years, and that aid officials have known since early 2015.

She noted that although the United Nations has taken some action, it has come under criticism for failing to come up with effective strategies to end the problem and an external review has shown lack of support from the victim.

“The United Nations and all international development agencies must take a zero-tolerance approach to sexual abuse and harassment directed and perpetrated by employees. This must apply to all. people, regardless of their position”.

“All employees should be trained, with clearly communicated policies and procedures. Reports of abuse should be taken seriously, investigations carried out quickly and effectively, and perpetrators must bear full responsibility”.

She also said that aid workers and other whistleblowers need to be well protected so they can disclose abuse allegations without fear of negative consequences, including retaliation. or stay out.

And reporting and protection mechanisms need to ensure sex abusers can’t evade punishment or move on to other jobs where they could commit their next crime.”

And here is the link to the article on the South Sudan story mentioned above.

Meanwhile, Reuters reported on November 1 that the World Health Organization (WHO) had suspended a senior manager at its headquarters in Geneva after a British doctor publicly accused her of being sick. sexually assaulted at a medical conference last month, according to two sources familiar with the matter. .

Rosie James, a 26-year-old young doctor working for Britain’s National Health Service tweeted last month that the attack happened at the World Health Summit in Berlin. The event will take place from October 16-18, jointly organized by WHO. James said at the time that she intended to report the incident.

“The alleged perpetrator is on leave and the investigation is ongoing,” a WHO spokesman said in an email to Reuters about James’ statements, without naming him.

The set of “Government Participatory Principles for Protection from Sexual Abuse and Sexual Harassment in International Organizations,” set forth by the United States, consists of six main components:

The United States will continue to promote the full implementation of a zero-tolerance policy for exploitation, sexual abuse, and sexual harassment, including zero-tolerance for inaction against accusations, throughout the United Nations and other International Organizations.

This includes supporting policies that prioritize prevention and mitigation efforts, monitoring the effectiveness of those efforts, ensuring secure access to confidential SEAH reporting mechanisms, and assisting with victims. appropriate victims, and apply victim-centered principles in all actions in response to reported allegations – including investigations.

The United States recognizes that failure to report does not mean that incidents are not occurring, nor does it mean that zero-tolerance policies are being fully implemented.

The United States expects all allegations or incidents of sexual exploitation and abuse and sexual harassment to be reviewed and resolved, while respecting the principles of due process.

As we engage with the United Nations and other International Organizations, the United States will continue to advocate the use of survivor-centered principles and standards – an approach that recognizes and empowers survivors. survivors as individuals with self-determination and unique needs, protecting their dignity and welfare.

The United States will work with the United Nations and other International Organizations to institutionalize prevention and mitigation measures that go beyond basic awareness raising, training, capacity building, or dissemination. code of conduct, and includes a commitment to promote fully funded, dedicated engineering. employees, and meaningful risk analysis and mitigation.

The United States will respect the United Nations and other International Organizations to the highest standards, including from the beginning of a crisis, conflict, or emergency, to reduce such risks, in particular. is with very vulnerable populations.

The United States expects the leadership of the United Nations and other International Organizations to take meaningful action to support accountability and transparency through, among other things, the following: conducting timely and survivor-centered investigations; response efforts are driven by the needs, experiences and resilience of those most at risk of SEAH; clear reporting and response systems, including notifying Member States of allegations or incidents; and accountability measures, including termination of employment or participation in law enforcement, if necessary.

The United States will work to support the development of the United Nations and other International Organizations of evidence-based metrics and standards of practice in implementing zero-tolerance policies, promoting holistic approach, empowering women and girls, while strengthening organizational leadership and accountability.

Policies, statements and training are needed, but alone are not enough to create lasting positive change. System-level change requires a change in the organization’s culture, behavior, and underlying processes and mechanisms to support and promote internal accountability.

The United States will prioritize, along with the leadership of the United Nations and other International Organizations, the particular importance of locally-led efforts, especially those led by women and children. female leaders who, when meaningfully supported and involved, can inform measures that can reduce risks and promote a safer foreign assistance program.

Report of the UN IPS Office 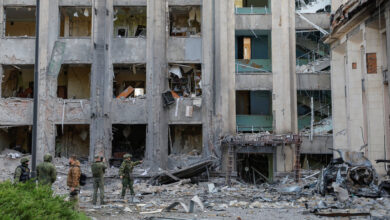 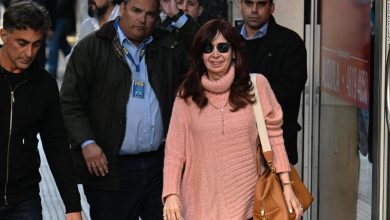 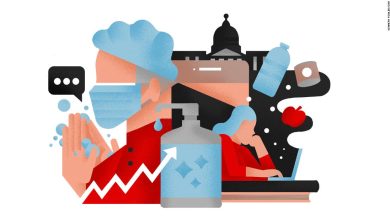