A U.S. Special Operations Command aircraft has flown over a stretch of highway in Latvia for the first time.

On the night of May 10-11, the US Air Force Special Operations Command’s C-146A Wolfhound transport aircraft landed and took off on the A9 two-lane highway near Biksti, western Latvia.

This is the first time a plane has landed on a highway in Latvia.

The C-146A is a twin-engine, high-wing aircraft equipped with a configurable cabin capable of different passenger and cargo combinations, as well as casualty evacuation missions. The aircraft can carry up to 27 passengers, 6,000 pounds of cargo or up to 4 patients.

The Wolfhound’s wingspan is 21 meters, while the width of the track is 8.5 meters. To facilitate the landing, some road signs were removed so that the wings would not hit them.

The plane landing took place as part of the annual US special forces training exercise ‘Footprint of Troy’. The training is part of a focus on distributed operations, which is expected to play a central role in any future peer-to-peer conflict. 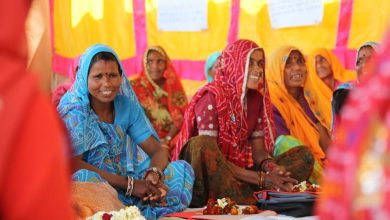 COVID’s pushed us ‘further off course’ from Global Goals: Mohammed |