ISIL, also known by its Arab nickname, Daesh, waged a campaign of genocide against the Yazidis, their historic homeland of the northern town of Sinjar.

“As we remember this painful page of Iraqi history, we continue our commitment to peace and stability for the Yazidis and the people of Sinjar,“The United Nations Office in Iraq said in statement.

“We applaud the Yazidis’ resilience in preserving their culture and heritage despite ISIL’s efforts to eradicate them, and despite the myriad challenges the community continues to face. We will not forget those who were killed, wounded or traumatized, nor those who are still missing: the search for them must continue until this painful chapter closes. ”

Eight years on, thousands of Yazidis have yet to return to their families and loved ones. Many continue to suffer mental anguish after years of captivity, torture, sexual violence and slavery, as well as profoundly inhumane treatment.

Countless others are still struggling to cope with the loss of loved ones, or even their entire family.

“Meanwhile, many Yazidis are still displaced from their place of origin. Due to continued tensions, their ancestral homeland in Sinjar remains deprived of the essential stability needed to rebuild their lives, free from fear and threat,” the statement said.

The UN emphasizes that peace, development and accountability are key to the thriving Yazidi community, and underlines the role of the Iraqi Government.

“It should be clear that everyone has a responsibility to work tirelessly to ensure that the ongoing plight of the Yazidis ends now, and every effort is made to provide the people of Sinjar with the opportunity A better future“The statement said.

“The state is an umbrella for all and its power is the guarantor of all the citizens of this country, regardless of political affiliation, religion or ethnicity. No Yazidi, nor any other Iraqi, should be pawns in a local or regional power competition.”

In October 2020, the Iraqi government and the Kurdistan Regional Government in the north, signed an agreement on the status of Sinjar district. Since the military defeat of ISIL, victims and survivors have faced obstacles due to disagreements over security arrangements, the provision of public services and the lack of a unified government. .

The UN will continue to push for accountability for ISIL’s crimes against the Yazidis, noting that “freedom and justice go hand in hand with peace and development”.

“Since last year’s anniversary, we have seen progress in the form of legal precedent for the prosecution of genocide in German courts, the opening and further excavation of mass graves of Yazidi victims. ISIL in Qeni and Hardan, Sinjar; and the completion of a second return of the remains, while work continues to identify the remains of more victims”.

Christian Ritscher, Special Advisor and Head of UNITAD, emphasizes that this motivation is mainly inspired by Yazidis’ own courage and tenacity, in Iraq and around the world.

The especially the courage and perseverance of Yazidi women and girls He added that their determination to justice and accountability is driving efforts towards investigations.

Mr. Ritscher recalls a visit to Sinjar in May, where he met “outstanding” young Yazidis.

“I am truly inspired by the steadfastness and tenacity of those young women and men, who have survived unimaginable horrors, to come forward and speak out about the gravity of the atrocities committed against them, as well as their trust and belief in the path to accountability and justice,” he said.

“The young women and men of the Yazidi community deserve to be recognized for what they have suffered and continue to endure, yet their ability to rise, thrive and take ownership of their own future is truly remarkable. very impressive.”

According to a Twitter post, Mr Ritscher was in Stuttgart, Germany, on Wednesday, where he met Nobel laureate Nadia Murad, the long-surviving Yazidi. support justice for her community,

UNITAD believes that the drive towards justice and accountability will continue to grow through the unanimous support of the international community, which stands behind ISIL’s pursuit of accountability for crimes.

The Iraqi government and many countries have shown strong support for their investigations throughout the past year.

Last November, a regional court in Germany handed down the first sentence against an ISIL member for war crimes, crimes against humanity and genocide. UNITAD assisted prosecutors by engaging with witnesses in Iraq and helping to confirm fraudulent documents presented by defendants.

Mr. Ritscher stated that as collaborative efforts evolve, victims and survivors will be brought closer to receiving the justice they deserve.

“Through a partnership between national authorities, UNITAD, affected communities and NGOs, we are able to overcome many barriers to bringing justice to people,” he said. ISIL criminals. 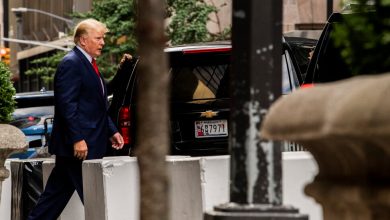 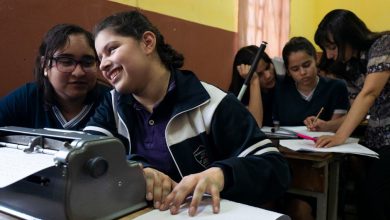 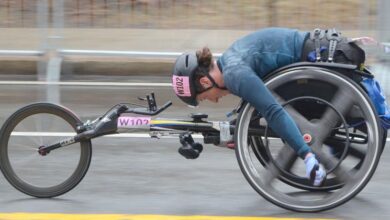