WASHINGTON — For the second time in just over a week, U.S. Special Operations forces have launched helicopter strikes against the Islamic State in eastern Syria, this time capturing six agents including including a high-ranking official the military says was involved in plotting and supporting terrorist attacks.

The Pentagon’s Central Command, which oversees US troops in Syria, said in a statement on Tuesday that the primary target of the three pre-dawn strikes in the past 48 hours was a senior official. The senior provincial of the Islamic State in Syria is known by the nickname al-Zubaydi. .

Last Sunday, the helicopter US commandos approached another IS officialcalled Anas, killing him and an associate in a gun battle that lasted nearly three hours in eastern Syria, the military said.

During this week’s attack, personnel from the Kurdish-led Syrian Democratic Forces, or SDF, America’s counterterrorism partner in northeastern Syria, escorted US troops, the military said.

“These collaborative activities reaffirm Centcom’s unwavering commitment to the region and the enduring defeat of ISIS,” General Michael E. Kurilla, the command’s head, said in a statement. “The capture of these IS agents will disrupt the terrorist organization’s ability to continue to plot and carry out destabilizing attacks.”

Officials said no Americans were injured in the raids. The military statement said initial assessment showed no civilians were killed or injured.

The fact that the Pentagon sent commandos to kill or capture Islamic State officials, rather than using a less risky drone operation, shows their importance.

The United States has been working for years with the Syrian Democratic Forces to fight Islamic State in Syria, and hundreds of US forces remain in territory the group controls in northeastern Syria near the Turkish border. .

But that cooperation angered Turkey, a US ally and NATO member, which considers Kurdish fighters in Syria to be part of the Kurdistan Workers’ Party. The group has waged a bloody decades-long insurgency against the Turkish state for independence or greater autonomy. Turkey, the European Union and the United States consider the rebel group, known as the PKK, a terrorist organization.

President Recep Tayyip Erdogan of Turkey has begun a series of air strikes against Kurdish fighters in northern Syria in recent weeks and warned that a ground operation would soon follow.

The SDF briefly suspended a joint counterterrorism operation with the United States, suspecting an impending Turkish attack. Fearing the loss of their main counterterrorism partner in the region, American officials rushed to ease tensions, at least for the moment, and operations soon resumed.

This month’s raids are the first major US counterterrorism operation in northeastern Syria since US Special Forces launched two strikes against IS in October, killing three senior figures. responsible for arming, recruiting fighters and planning attacks, according to Kurdish officials in the US and Syria.

Late last month, the Islamic State announced that its leader, whose identity remains a mystery, had been killed in battle less than nine months after taking the helm of the terrorist organization.

A Central Command spokesman confirmed in a statement shortly after the ISIS announcement that the leader, Abu al-Hassan al-Hashemi al-Quraishiwas killed in mid-October by anti-government rebels in southern Syria.

Two IS leaders had previously been killed in separate Special Operations forces raids on safe houses in northern Syria. Islamic State also appointed a successor last month but provided no information about him beyond a list of guerrillas.

The leadership transition, announced via a voice message on Telegram, comes at a time of extreme weakness, which has been reduced in just a few years from the world’s most feared terrorist network to a Low-level insurgents are trying to maintain their relevance. in most rural areas of countries torn by conflict. 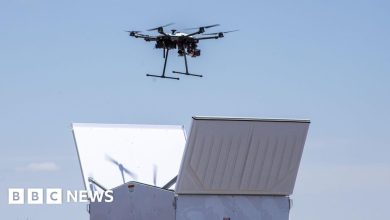 World Cup to use drones to help protect stadiums 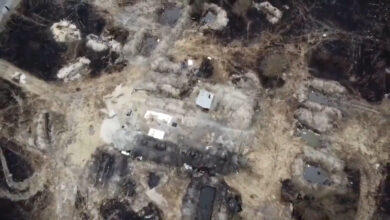 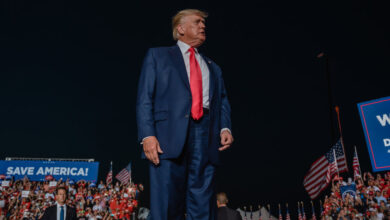