The Nobel Prize in chemistry has been awarded to three scientists who have developed a method of “gluing molecules together” to design new drugs.

This is the work of American scientists Carolyn R Bertozzi and K Barry Sharpless, and Morten Meldal from Denmark.

Mr. Sharpless, of the California-based research firm Scripps, won the same award in 2001 and is only the fifth person to receive the Nobel Prize in chemistry twice.

Ms. Bertozzi worked at Stanford University in California while Mr. Meldal worked at the University of Copenhagen.

Last year, the chemistry prize was awarded to Benjamin List and David WC MacMillan for inventing a more eco-friendly way to build molecules.

The panel said it has “benefited humanity greatly”.

French scientists Alain Aspect, Anton Zeilinger of Austria, and John F Clauser from the US won the Nobel Prize in physics on Tuesday.

They found that small particles can still have connections even after they are separated – known as quantum entanglement, which can be used in computation and encryption.

The chemistry prize was announced at the Karolinska Institutet in Stockholm on Wednesday, with the literary prize to be announced on Thursday and the peace prize on Monday. Inside House of the Dragon, Game of Thrones prequel spin 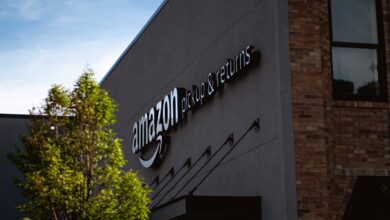 Testing of the 5G variant of the Samsung Galaxy A04s begins in India, capped to be priced below Rs. 11,000: Report