Gaming on a wireless network connection can be an exercise in frustration. Between competing with family for bandwidth and needing to find Wi-Fi sweet spots for the lowest pings and best latency, you can waste hours just getting set up. Adding VR gaming and its demanding wireless signal requirements into the mix might just make you throw in the towel and start planning Ethernet runs.

If you want the best untethered PC VR experience I’ve tried, or just a dedicated network for your gaming, for relatively little cost, the NexusLink Wireless Gaming Bridge is an exceptional option.

As someone who’s experienced these nightmares, I was eager to try NexusLink’s Wireless Gaming Bridge.

Not only does it promise a way to isolate and optimize your PC or VR gaming connection, it does so for a shockingly inexpensive price, relatively speaking.

But could a $60 wireless bridge really replace the several-hundred-dollar mesh network I needed to keep wireless gaming viable in my home?

Also: Mesh vs traditional Wi-Fi: What is best for your home office?

It turns out it can, but only to a point. So, let’s go over what kind of latency and speed improvements you can expect, and where the NexusLink Wireless Gaming Bridge fell short for VR gaming.

Setup for the Wireless Gaming Bridge could not be simpler. Once you power the device and connect its Ethernet to your router, modem, or network switch, it takes less than a minute before it’s operational.

In this default state, the bridge will use the assigned network ID and password printed on its base.

The entire process, including connecting your gaming device, might take 2 minutes at most.

The included documentation outlines this simple setup, and if you’re comfortable with the default settings, you’re already done with installation. If not, you can tweak most of the network and security settings you’d expect to be available to any modern Wi-Fi networking device, like changing the password or network ID, though you’ll need to visit the support page linked in the documentation for additional instructions.

All testing was done in my 120-year home. That’s important to this review for one reason: During its long history, this house was expanded, leaving what used to be a brick exterior wall (complete with pipes) running down the middle of it. This dividing line murders Wi-Fi signals, and served as a perfect way to torture-test the NexusLink’s claims of providing “expansive range” and “wall-penetrating wireless.”

There are two things a great wireless gaming connection needs: high speed and low latency. Speed, measured in megabits or gigabits per second (Mbps or Gbps), measure the raw data throughput traveling over the network, while latency, measured in milliseconds (ms), is basically the time it takes for a given command (like a mouse click) to be registered. Both are important, but latency especially impacts gameplay. Anything over 40 ms can feel sluggish in first-person shooters, while anything under 30 ms typically feels like it’s happening in real time.

To see how NexusLink’s Wireless Gaming Bridge affected these factors, I used three different testing sites: Speedtest.net, Ping-Test.net, and the Ping test on meter.net. All tests were run five times each on the NexusLink device and on my usual home network, a Google Nest Wifi mesh network. The broadband connection was a 100Mbps FiOS home Internet plan.

The tables below outline these tests, followed by a summary of my findings.

This test was performed in the same room with the device, providing best-case signal strength. The format is: download speed/upload speed in Mbps (higher is better) | download latency/upload latency in ms (lower is better).

Summary: In terms of speed, it was nearly a tie, with a slight edge in upload rate going to NexusLink. More importantly, the NexusLink device’s latency came within a few milliseconds of a mesh network that has an MSRP of $300, even beating it in the Speedtest.net average scores. This is incredibly impressive for a $60 device, and shows that it can be a huge upgrade for slower, older, or less premium routers when used in close proximity.

I ran the same tests again with bot devices on the second floor of my home, while I was on the first floor and on the other side of the of the aforementioned Wi-Fi-killing brick wall. All formats are identical to the first test.

Summary: The brick wall did its dirty work, lowering our scores across the board. But the NexusLink connection actually fared even better here, beating the Google Nest Wifi node in the majority of the latency tests and average download speeds. The results remain truly impressive for the price, and show this device is a viable whole-home wireless gaming option for the majority of titles. The only possible exception will be discussed in the next section.

Untethered VR headsets like Meta’s wildly popular Meta Quest 2 can play locally installed games. However, these are often watered-down versions of PC VR games that require a gaming PC to run. One example is sword-fighting simulator Blade & Sorcery. This PC VR title came to the Quest 2 as Blade & Sorcery: Nomad. It gets very close to its desktop counterpart, but the graphics are simpler, some features are missing, and the experience is overall less immersive.

Also: The 4 best VR headsets: For gaming, the metaverse, and beyond

Previously, in order to play PC VR titles, you’d have to physically connect to a PC, meaning you’d constantly be tripping over wires you while swinging your sword. But, thanks to wireless solutions like Meta’s Air Link (built into the Quest 2 software), it’s now possible to play those PC VR titles remotely, while completely untethered.

The only catch? You need a damn good Wi-Fi network. Poor Wi-Fi will result in nausea-inducing delays between your physical motion and in-game movements and bad gameplay in general.

I previously used a dedicated Netgear Nighthawk router for this purpose, until some firmware updates made my Quest 2 play better on my existing Google Nest Wifi network. But, even now, my gameplay often still looks muddier and feels laggier than playing tethered.

I don’t need a spreadsheet to explain whether or not the NexusLink Wireless Gaming Bridge corrected this. It absolutely did… but only when I was in the same room with it. While standing about 8 feet from the device, my attempts to run Blade & Sorcery produced the most crisp, responsive, and enjoyable experience my Quest 2 has ever offered, far better than what my Google Nest Wifi produced in the same situation.

Also: Meta’s Quest Pro is all work and no play (for now)

Unfortunately, moving to the other side of the infamous brick wall changed everything. The graphics degraded, there were lag spikes, and everything felt delayed. Now, not everyone lives with a Wi-Fi-defeating wall in the middle of their home, so you may be able to play on the opposite side of some thin drywall, but be aware that distance, walls, and all the usual enemies of Wi-Fi may have a more dramatic impact on VR gameplay than they do on raw scores and non-VR gaming, even with the NexusLink Wireless Gaming Bridge in use.

If you want the best untethered PC VR experience I’ve tried, or just a dedicated network for your gaming (and only your gaming), for relatively little cost, the NexusLink Wireless Gaming Bridge is an exceptional option. This is especially true if you plan to game in the same room as the bridge or have it nearby. While it might not be able to enliven every Wi-Fi dead zone in your home (see our roundup of the best Wi-Fi extenders), it does the job as well as a mesh network costing several times as much, and that’s an achievement that should cause makers of home networking devices to take a long, hard look at their own pricing.

The modern equivalent of the older Netgear Nighthawk router (since discontinued) that I mentioned using in the review. It’s massive overkill for exclusive gaming use, but a great option if you want a single device that handles general networking and gaming equally well.

The mesh network I currently use. It isn’t tuned for gaming, but its mesh framework gets Wi-Fi signals everywhere in my difficult-to-cover home better than any single router I’ve tested.

If you’re just dealing with a single Wi-Fi dead spot and you don’t want to install an entire mesh network, a simpler Wi-Fi extender like this one might do the job of reaching those hard-to-connect areas you want to game in. 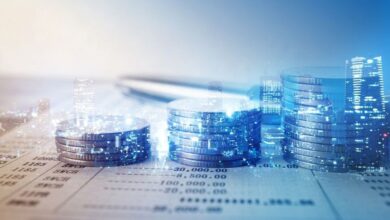 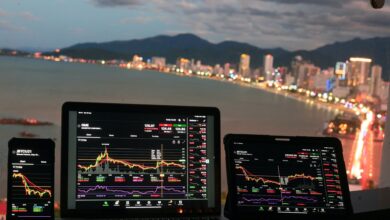 In fact, it’s been a great year for the future of technology 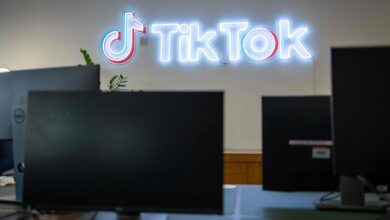 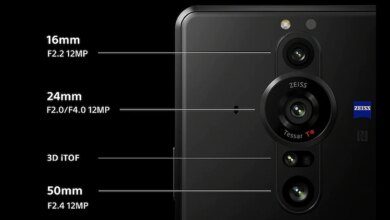 Mysterious Sony smartphone with a limited trio of 48 Megapixel sensors, could be the new Xperia Pro: Report