If you’re looking for a high-end truly wireless headset and want options from Sony, you’ll likely notice its flagship WF-1000XM4 first and rightly so. Sony’s flagship true wireless headphones are among our top picks in this area, thanks to their overall active noise cancellation, features, and good sound quality. However, at close to Rs. 20,000, it is certainly expensive and will be out of reach for many. Sony’s latest truly wireless headphones, the LinkBuds S (WF-LS900N) can offer several solutions.

Price Rs. 16,990 in India, Sony LinkBuds S (WF-LS900N) cost a little lower than leading WF-1000XM4 but promises an almost as good experience, thanks to advanced Bluetooth codec support, active noise cancellation, and a lightweight form factor that makes it a viable ‘all-day wear’ option. Does this unique placement make the Sony LinkBuds S (WF-LS900N) worthwhile? Find out in this review.

The Sony LinkBuds S (WF-LS900N) is very different from the original LinkBuds, thanks to a more traditional form factor that also allows for ANC support and enhanced Bluetooth codecs

Although the naming convention may suggest that the Sony LinkBuds S (WF-LS900N) is a successor to the original Sony LinkBud (WF-L900), the new headset has quite a significant difference. The design is definitely more traditional, with a snug fit in the ear canal, and the headphones don’t look out of the ordinary in any way.

That said, the LinkBuds S headphones are significantly smaller and lighter than most competing options in the premium true wireless headphone segment. The headphones come in three colors — black, white, and blue. The black review unit I received has a nice texture and feel.

Sony suggests that the LinkBuds S are truly wireless headphones that can be worn all day, and the 4.8g weight and compact shape of the headphones certainly help in this regard. While quite comfortable to wear in the channel, the Sony WF-LS900N is not as comfortable as the original LinkBuds, and I found it difficult to wear the headphones all day as Sony might suggest. That said, wearing the headphones for 2-3 hours at a time is no problem at all.

The Sony WF-LS900N’s traditional form factor and style allows for a secure fit with proper noise isolation and active noise cancellation. However, the compactness meant that Sony had to use smaller-than-usual 5mm dynamic drivers in the headset. The outside surface of each earphone is flat to allow for easy use of touch controls (customizable via app), while inside has a proximity sensor that controls auto-pause stop, and many other functions. The headphones are IPX4 rated for water resistance.

The charging case of the Sony LinkBuds S (WF-LS900N) is quite simple, with the color of the box matching the color of the headphones. It’s a compact device that comes in handy shape and size, with an indicator light right under the lid, a USB Type-C port, and a pairing button at the back. It’s worth noting that there’s no wireless charging on the Sony LinkBuds S, which is a bit disappointing given the price of the headset.

The eco-friendly sales package includes four pairs of silicone ear tips and a USB Type-C charging cable. Other features on the headphones include support for Spotify Tap and Endel personalized audio, Google Fast Pair, and multipoint connectivity for up to two devices at once.

Sony’s excellent Headphones Connect app handles the connection with all of its premium wireless headphones, including the LinkBuds S (WF-LS900N). The app is available for iOS and Android, and has nearly the same interface and options regardless of platform, adding to Sony’s ongoing approach to platform agnosticism.

That said, the Sony LinkBuds S (WF-LS900N) is best used with an Android device to take advantage of the support for the Bluetooth LDAC codec. This and related functionality are the only things that make the app experience different between the two operating systems. In fact, during my time using the Sony LinkBuds S, a software update for the headset enabled multipoint Bluetooth connectivity, along with the introduction of a separate section for integrating services like Spotify Tap .

When paired with an Android device, I can use the Bluetooth LDAC codec on the Sony WF-LS900N headset

Other key features in the app include music playback controls, adaptive audio controls for ANC and ambient sound mode customization, talk to chat, Bluetooth connection quality customization (for priority). audio quality or connection stability), custom touch controls, auto-pause when headphones are put on or off, and a graphical display of headset and charging case battery life, and more other.

The app practically includes everything you could possibly need on a Sony LinkBuds S (WF-LS900N), although perhaps the only real downside is the lack of detailed customization for the controls. The Sony WF-LS900N lets you select separate ‘sets’ of controls for the right and left headphones — these include ANC and Ambient Sound control, playback control, and volume control. This means you’ll have to pick two out of the three necessary, while excluding one altogether, and then make sure you remember the slightly confusing controls in the future.

The Sony LinkBuds S (WF-LS900N) features a 5mm dynamic driver, with a frequency response range of 20-40,000Hz (with the LDAC codec active). In terms of connectivity, there’s Bluetooth 5.2 and support for the Bluetooth SBC, AAC, and LDAC codecs. The headset uses Sony’s V1 Integrated Processor for connectivity and ANC functionality.

Sony is pitching the LinkBuds S (WF-LS900N) as a slightly more affordable alternative to the flagship WF-1000XM4 and has practically everything the latter has to offer in terms of features, but at a price of around approx. Rs. 3,000 lower. However, there are some notable differences that explain the difference in price and positioning, the biggest of which is the sound quality.

The Sony LinkBuds S (WF-LS900N) uses a 5mm driver, which is smaller than the 6mm driver on the WF-1000XM4. While the actual size of the drivers may not be indicative of anything, there is certainly a noticeable difference in sound on the WF-LS900N, compared to the more expensive WF-1000XM4, and has better sound.

The resulting sound is fairly straightforward in terms of tuning, largely following the commonly used U-shaped frequency response curve, which is great for most popular music genres. The bass and highs are clearer than the mids in tracks like David Guetta’s Stay (Don’t Go Away), which deviate slightly from the WF-1000XM4’s more balanced approach. This also tends to affect tonal accuracy and sound detail levels compared to Sony’s flagship true wireless headphones.

Listen to Je M’amuse by French jazz electronic band Caravan Palace, the sound is powerful, powerful and forward-looking, while remaining comfortable and completely fatigue-free. The track’s dubstep-style electronic elements have a distinctly loud and offensive feel, while the swing-style vocals and instruments have a decent amount of detail for the price of the headphones.

However, despite the significant bandwidth advantage that the Bluetooth LDAC codec offers, the Sony WF-LS900N can’t seem to take full advantage of it. The tone, drive, detail, and polished feel found in the WF-1000XM4 aren’t here, although there are many similarities between the Sony WF-LS900N and its more expensive stabilizer. This is where the difference in price and positioning most clearly shows between the two TWS headphones.

Active noise cancellation on the Sony LinkBuds S (WF-LS900N) is very good and greatly benefits from the excellent passive noise isolation and comfortable fit of the headphones. Indoor noise has been significantly reduced; The hum of the overhead air conditioner was almost completely blocked.

Outdoor miscellaneous noise is also significantly reduced, which helps focus on what’s playing even at low volumes. Music, audiobooks, and video dialogue sounded good in noisy spaces even at around 50 percent volume. Calls were handled similarly well, with good microphone performance ensuring that I could hear as clearly as I could.

Battery life on the Sony LinkBuds S (WF-LS900N) is close to advertised requirements; I was able to get a little under six hours of listening time from the headphones. In addition, the charging case adds two more full charges, for a total run time of about 17 hours per charge cycle. Fast charging claims to provide one hour of listening with five minutes of charging.

There’s very little to complain about about the Sony LinkBuds S (WF-LS900N); this is a capable, well-equipped, and well-priced pair of truly wireless earbuds that offer much better comfort and ANC performance than most other options in its price range. . It’s hard to argue with the proposition here on a practical level, but on an emotional level, the WF-LS900N falls short, and this is largely due to the unremarkable sound.

The Sony LinkBuds S sound good enough for a truly premium wireless headset, but don’t quite push the boundaries as far as actual top-of-the-line headphones. This is the only real downside of a really fun, practical, and reasonably priced pair of wireless headphones.

Perhaps spend a bit more on options like the WF-1000XM4 or Sennheiser Momentum True Wireless 3 maybe worth it, if you can budget for it. If you are using an Apple or Samsung smartphone, AirPods Pro (2nd generation) or Samsung Galaxy Buds 2 Pro respectively, may make more sense from an ecosystem point of view. However, if the size, form factor, and promise of good ANC performance on the Sony WF-LS900N appeal to you, you won’t be disappointed.

Callisto Protocol: Where to Find All Weapons 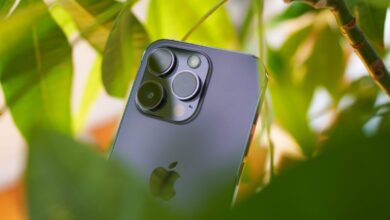 How to take better iPhone photos 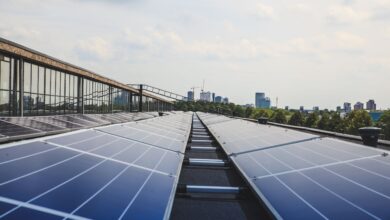