“In Somalia, we are working tirelessly to transition from more than two decades of devastating conflict, drought, famine and development stagnation to a new age of stability, progress and prosperity. Yet despite our relentless efforts, Somalia and its resilient peoples are facing some of the most complex and interconnected crises in the world,” said President Hassan Sheikh Mohamud speaking at the Annual General Debate.

The crises, he added, include an ongoing regional drought, which directly threatens the lives and livelihoods of the most vulnerable communities in Somalia.

The ongoing drought and the increasing hunger

In a new report released yesterday, the United Nations warned that hundreds of thousands of people in Somalia are facing starvation with staggering levels of malnutrition among children under the age of five. This is the third time in 10 years Somalia is threatened by a terrible famine.

The President called on Somalia’s partners to do everything they can to help stop the outbreak of hunger, which also threatens the greater Horn of Africa. “We urge all partners to heed our call and work with us to provide immediate support and relief to the hardest hit communities.

“In the long run, we must work together to ensure that we mitigate the aggravation of the dangerous and costly climate crisis by meeting our commitment to invest and fully fund adaptation to climate change. climate in the most affected and vulnerable regions of the world, including sub-Saharan Africa,” he added.

Somalia has established for the first time a Ministry of Environment and Climate Change to lead the urgent process of addressing the devastating impact of environmental degradation.

“Somalia is affected by floods and droughts every year, due to climate change and poor infrastructure. Our people, who have a long tradition of living in harmony with nature and making almost no contribution to the emission of toxic gases that cause global warming, are the ones who are paying with their lives today. now,” said the President.

“We know that climate change is real, and we live with the evidence of its painful and devastating reality today. We also know that Somalia, and the rest of the world, cannot develop sustainably without the global climate crisis being addressed together quickly and effectively.”

Towards the elimination of terrorism

At the same time, Somalia is addressing the “persistent and complex challenge” of terrorism, which he says both contributes to and exacerbates all other crises, including insecurity. food security, displacement and climate change.

“In recent weeks, Al-Shabab’s unprovoked violence and unprovoked actions against innocent civilians across Somalia have highlighted the urgent need for an urgent, joint national and international response. economy to defeat them and advance regional and global security.”;

He noted that alongside the efforts of the Somali Federal Government, the Somali people have begun to rise up to defeat terrorism, helping to recapture villages and towns in recent months.

“We are now confident that with increased community support, our Government will eliminate terrorism from Somalia.”

He added that the Somali Government will continue to work with all of its partners, including the African Union Transitional Mission in Somalia, in the global fight against terrorism. “We are fully committed to doing the heavy lifting to secure our future.” 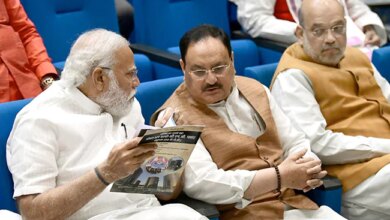 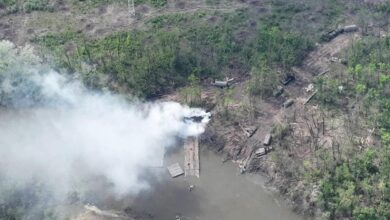 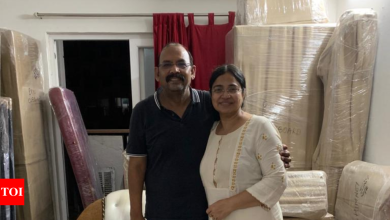