Topping yesterday’s action, a hot young male pony Girvin (Hip 3504), whose first runner-up this year, came out on top in two Book 5 sessions of the Promotion September Keeneland on Thursday when it sold for $290,000. Raised and consigned by Brookdale Sales, it was commissioned by Mick Wallace, an agent for St. Elias Stables, acquisition.

The Seitz family purchased the Hip 3504 dam, SP Into Summer (Into Mischief), for $60,000 at last year’s Keeneland January Sale with this unborn pony.

Brookdale’s Joe Seitz said: “He’s grown very well. “My brother Freddy [Seitz] bought that mare at OBS took this foal and brought it home, so that’s why it’s a Kentucky cross. He’s been really good the whole time. Girvin started taking off here with his 2 year olds, which is great. It was great to watch him grow over the summer and fill in like those horses running. The male moved to Kentucky, which made the male even more desirable. When we got up here, he was outstanding. Everyone in the sales area started talking, spreading the news and everyone came for him. “

The rider continued, “He was very excited. He did a lot of proofreading. He was seen 92 times in one show day. In Book 5, it’s hard to believe. He handled it like a champ. He did a really great walk and covered a lot of ground. He never gets tired.”

“It didn’t stop at the warehouse,” says Seitz. “When I went up to the ring with a horse, all the people in the back round flocked to me looking for information. It feels good.”

Shakur Stevenson: America's Next Great Boxer - 'To the best of my ability, no fighter on this planet can beat me!' | Boxing News 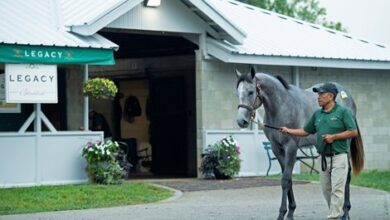 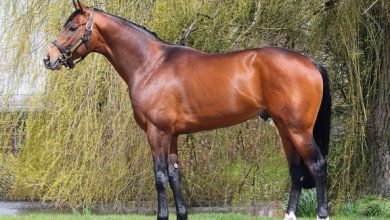 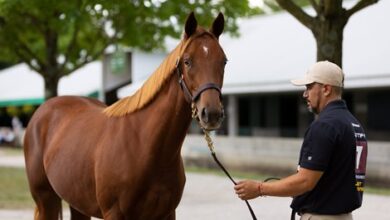