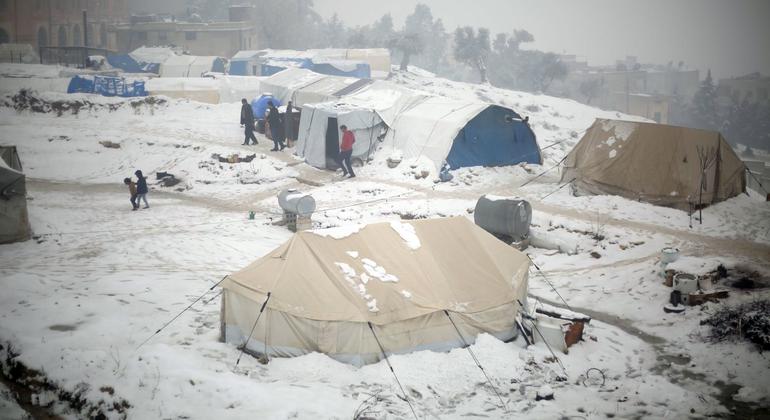 Speaking via videoconference with journalists in New York, Mark Cutts said humanitarians have seen “some real horror” over the past few days, particularly in the northwest, where he says the camps are “worst at the best of times”.

“Our humanitarian workers pulled people out of collapsed tents”, he added.

Mr. Cutts describes a scenario where many people don’t have shovels or other equipment to clear the snow, so they do it with their bare hands, while children walk in the snow wearing only sandals.

“This is especially difficult for the elderly and disabled, who are living in tattered and fragile tents in near-zero temperatures,” the coordinator said.

About 100,000 people have been affected by the heavy snowfall, he said, and about 150,000 are battling rain and freezing temperatures.

“That’s a quarter of a million people who are actually suffering the consequences of this cold spell that’s playing out across the entire region,” Mr Cutts said.

The region is home to 2.8 million displaced people, one of the most vulnerable populations in the world.

“These are people who have been through a lot over the past few years. They ran from place to place, bombs and bullets followed them, and many hospitals and schools in the Northwest were destroyed during the ten years of war,” he said.

Mr. Cutts concluded by issuing an appeal to the international community, asking the community to recognize the scale of the crisis and quickly get displaced people out of tents and into safe and formal temporary shelters. than.

Advance in the fight against the prison escape attempt

Following the attack on the Sina’a prison in the Syrian city of Al-Hasakeh, last week hostilities escalated rapidly in the area, with shootings killing civilians and pushing approx. 45,000 people out of their homes.

The attack is believed to have been launched by ISIL extremist fighters, who are trying to free more than 3,000 detainees linked to the terrorist group. They are being held by the US-allied Syrian Democratic Forces (SDF).

Most of those displaced have sought safety with family and friends in nearby areas. About 500 people are being accommodated in two temporary shelters.

Humanitarian organizations are expanding their responses, but two UN officials note that “Unhindered humanitarian access by all stakeholders is paramount to ensure emergency assistance reaches those affected.. ”

Mr. Riza and Mr. Hadi also reminded all parties to the conflict of their obligations, including avoiding the use of explosive weapons in densely populated areas.

Addressing the Council, Deputy Foreign Minister Bashar Ja’afari said that, although the country has experienced war, occupation, sanctions and COVID-19it attempted to reform the human rights administration and judiciary and continued to subsidize health and social services.

Member States commended these efforts, highlighting a conference on women and peace that took place last year, and participation in the review process.

States recommend that the country end forced disappearances, arbitrary detention and torture, publish official lists of detainees or those who have died in detention centers, and preserve houses mass grave.

They also called on Syria to amend laws that define political opposition as terrorists, re-educate child soldiers, and strengthen protections for asylum seekers and refugees.

The review also calls for the repeal of laws restricting property ownership, increasing access to safe drinking water and sanitation, the abolition of the death penalty, and allowing unfettered access to humanitarian aid. 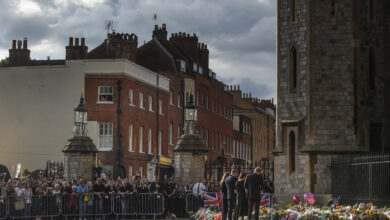 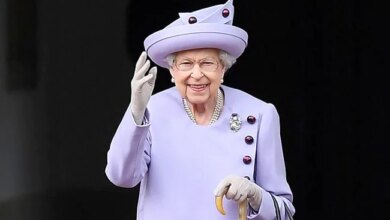 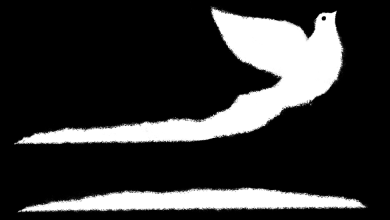 Opinion | The U.S. Has Led the War on Drugs Abroad for Decades, and It’s Been a Staggering Failure 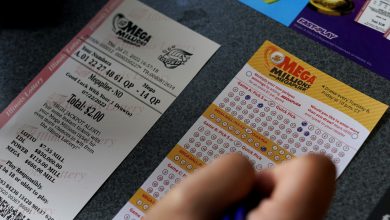