The Sahel is a densely populated region that stretches across Africa from Senegal in the west to Djibouti in the east, an area that is being destabilized by conflict related to terrorism, the effects of climate change and lack of develop.

United Nations News spoke with Mr. Annadif about solutions to the problems facing the region.

What is the historical background of the Sahel region?

The people living in the Sahel are far from the decision-making centers of the countries that make up the region and so they live on the margins. But they are resilient and self-sufficient, living by trade and nomadic farming.

After political turmoil in Libya and before that in Afghanistan, the region has become a haven for terrorist groups that use religion to incite hatred. This is not Islam, it’s a corrupt form of Islam that these groups want to spread for their own purposes, taking advantage of the fact that most people in the Sahel are very sensitive to issues. religion.

Due to the lack of basic services and infrastructure, some people may be tempted to conform to the discourses of these groups, who, in some situations play the role of the State by providing services such as education, health and justice.

Annadif Khatir Mahamat Saleh, Special Representative of the Secretary-General of West Africa and the Sahel.

Can you describe the situation today?

Today, Sahel has been infected by terrorists. With the fall of Gaddafi of Libya, the area became an open arsenal, where weapons circulated like bread; Anyone can take up a weapon and this causes violence.

The region is also experiencing the effects of climate change. In the past, nomadic herders and farmers coexisted well, but with climate change, people have less arable land and less grazing land for herders, and this led to many conflicts between communes.

In the past, local leaders would help alleviate these conflicts, but they were driven out by terrorists who, in some cases, manipulated and exacerbated disagreements between farmers and breeders to expand their sphere of influence.

What kind of crisis is the region facing?

The region is facing many crises for which the people of the Sahel are not responsible. These are global problems with global effects: we are seeing more illegal migrations, more terrorist influences and the destabilization of nations.

With a little support, the Sahelians can move faster to combat these overlapping crises and create a bulwark against terrorism. But it is important that the international community remains engaged to support the efforts of countries in the region.

A family of Malian refugees fleeing violence and conflict sit under their shelter in a settlement near Dore, north of Burkina Faso.

What is the solution to these deep-rooted problems?

Greater investment in education is essential to deliver lasting solutions. In a region where 60 to 70 percent are youth, it is important to redouble our efforts to ensure that young people have access to education.

It is important that the State and public institutions play their part by ensuring the provision of basic services and the inclusion of developed infrastructure. There is no way out without growth. And that requires minimal financial backing.

It is also important to see the Sahel as an area of ​​opportunity and not merely a problem, and people to be seen as part of the solution rather than part of the problem.

Where are these opportunities?

Most of the people of the Sahel want peace; They are hard-working, resilient and can live with very little. They don’t ask for much. There is an opportunity to exploit resources that lie below the surface of the earth, such as underground water, minerals and gold.

Terrorists sell the gold mined in the Sahel to finance their operations.

If these resources are properly exploited, if the people living in the Sahel benefit, it will be the way to stop the illegal flow of drugs, weapons and people in the region.

Even when these people are poor and abandoned, they are proud and attached to their region and never want to leave.

A soldier from Burkina Faso stands guard along the border with Mali and Niger during the military operation against suspected terrorists.

How does the United Nations support these solutions?

The United Nations is the main partner in the Sahel, working with various partners to support the tireless efforts of governments in the region.

Under the leadership of Mar Dieye, the Office of the Sahel Coordinator for Development (OCDS), is actively engaged in lobbying regional and international partners to accelerate the implementation of development programs and projects. within the framework of UNISS.

The governments of the countries of the Sahel are doing what they can and we should continue to support them. Their efforts are necessary but not sufficient to put an end to the various challenges.

In light of the evolving global situation caused by the Ukraine crisis, I urge the international community not to neglect the Sahel region and maintain its financial support and political participation in the region. We must all continue to mobilize at a critical time that the countries of the Sahel are experiencing. 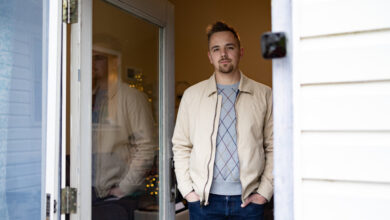 How the Worst Fears for Democracy Were Averted in 2022 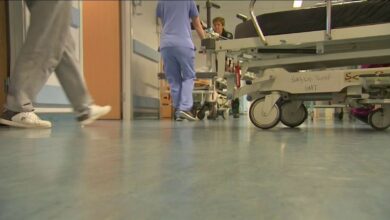 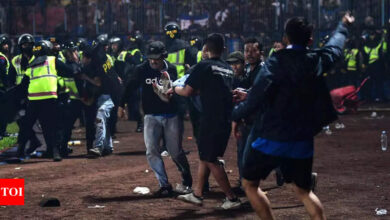