An attacker with a machete who broke into a commuter on the London Underground in what has been likened to the movie Terminator has been found guilty of attempted murder.

Passengers toppled each other as they ran through the carriage when Ricky Morgan, 34, carried out an unprovoked attack on businessman James Porritt, the court heard.

Giving evidence, the victim with a severe hand injury said this was like a “horror movie” and an Arnold Schwarzenegger sci-fi movie.

Morgan denied attempted murder on the grounds of insanity, but was found guilty by a jury at the Old Bailey after two days of deliberation.

He was also found guilty of possessing a machete and a lock knife.

Morgan, 34, told horrified onlookers: “This is not a terrorist attack, I just want him.”

Describing the attack, Mr Porritt said: “He was like a machine. It was like the Terminator movie.

“But it seemed so focused and relentless, and he was just so hard at work doing what he was doing.

“Now I have nothing. I don’t know how I escaped.

“I just know, fight or flight. I just run for my life. It was like a stampede, people were so scared.”

Judge John Hillen adjourned the sentencing to July 22 to prepare a psychiatric report.

“This is a completely unprovoked attack on a Jubilee commuter about his day-to-day business,” she said.

On the evening of 9 July last year Mr Porritt, a self-employed businessman, visited a gym and was on his way to meet his girlfriend and her father in west London.

He boarded a northbound train at Westminster before Morgan pulled out a machete and a lock knife from his backpack near Green Park.

In a video interview that took place in court, Mr Porritt described being preoccupied with his own business and being in a “bubble” as he sat in the carriage.

He was looking at his phone and was feeling nervous about the family meeting when he heard a scream.

The next thing he knew was the defendant hit him over the head, the court said.

He raised his hand to defend himself during the onslaught, the jury heard.

Describing the attack, he said: “I was begging ‘Please stop, please stop’.

“I was shocked, it was like a horror movie. I really thought he was going to kill me.”

Mr Porritt said he felt nothing but the sight of blood when Morgan hit an object over his head.

He said: “He just hit me. That doesn’t make any sense. I don’t understand why he hit me. No confrontation at all. No problem, just bang, (( him) started hitting me”.

“He’s emotionless. He doesn’t seem to have any compassion at all.

“But it seemed very focused and relentless and he was just hard at work doing what he was doing.

“He was like on a mission. He kept hitting my shin and I really thought I was going to die.

“Now I have nothing. I don’t know how I escaped. I was afraid that I was going to lose my little finger and I kept it.

“I just know, fight or flight. I just run for my life. It was like a stampede, people were so scared.”

Morgan pursued him and hurled the “huge” blade through the connecting carriage window, Mr. Porritt said.

With only the knife through the door, Morgan said: “I don’t want anyone else, I just want him,” the court heard.

Mr Porritt added: “It was like a predator and was hunting, and he decided to hunt me down.

“He won’t stop. He doesn’t stop trying. He says he doesn’t want anyone else, he just wants me. He’s attached to me.”

He managed to break free and go through a carriage door, while holding the severed parts of his hand together.

As well as a serious wound to his right hand, Mr. Porritt also suffered bone-deep cuts to his head and shin, jurors said.

One witness said the attacker let out a “terrible scream” as he attacked with a machete.

He was told: “This is not a terrorist attack, I just want him.

Another passenger bravely tried to have intercourse with Morgan and told him to “calm down,” the court heard.

Meanwhile, a doctor who happened to be on the ship gave first aid to Mr. Porritt.

When confronted with the police, Morgan dropped the blade, raised his hands and stood on the floor.

He went on to tell the psychiatrist that he had been carrying a machete and a lock knife for a while.

Morgan, of no fixed address, declined to give evidence in court.

After the guilty verdict, Detective Sergeant Nick Thompson of the BTP, said: “This was a brutal and unprovoked attack. The two men have never spoken, have never met and have never met. now cross the street until that day.

“Obviously it was a terrifying situation for the victim, he was able to escape but this attack and the injuries he sustained continue to have a significant impact on his life.

“BTP weapons officers were soon on the scene, Morgan was subdued and taken into custody. He was clearly a danger to the public and the jury saw fit to secure him. face consequences equivalent to the severity of this attack.”

Even among business raiders, Elon Musk is a pirate 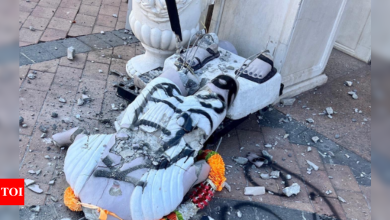 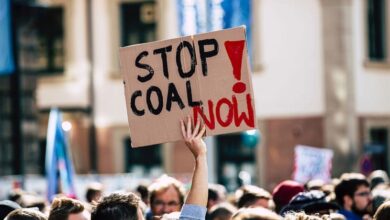 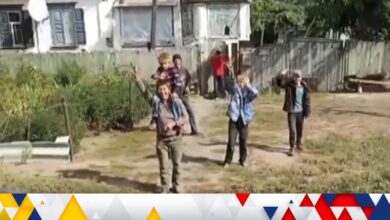