KUALA LUMPUR, Malaysia, December 6 (IPS) – Natural flows do not respect national borders. The atmosphere and oceans cross international borders without any difficulty, as greenhouse gases (GHGs) and other liquids, including pollutants, pass easily across borders.

This approach attributes greenhouse gas emissions to the country where the good is produced. Such carbon accounting focuses the blame on global warming on newly industrializing economies. But it ignores who consumes the goods and where, besides diverting attention from those most responsible for historic emissions.

China, the United States and India are now the three largest greenhouse gas emitters in the world in absolute terms, accounting for more than half of the total. With faster growth rates in recent decades, China and India have greatly increased their emissions.

Undoubtedly, a number of developing countries have seen rapid increases in greenhouse gas emissions, especially during periods of high growth. During the first two decades of this century, such emissions increased more than 3-fold in China, 2.7-fold in India and 4.7-fold in Indonesia.

Meanwhile, most affluent economies have seen emissions increase less, or even decrease, as they ‘outsource’ labor and energy-intensive operations to the Southern Hemisphere. As a result, over the same period, manufacturing emissions fell by 12% in the US and Japan and by almost 22% in Germany.

But equitably defining responsibility for global warming is necessary to ensure a fair share of the burden for appropriate climate action. Most climate change negotiations and discussions often refer to aggregate national income and emissions measures, rather than per capita levels.

But such a frame obscures the base Inequality related. The per capita view that compares average greenhouse gas emissions provides a more in-depth, albeit underappreciated, view of the global disparities involved.

Thus, despite recent cuts, the rich economies are still the biggest emitters of greenhouse gases per capita. The United States and Australia spew eight times more per capita than developing countries like India, Indonesia and Brazil.

Despite the recent increase in emissions, even China emits less than half of America’s per capita levels. Meanwhile, the country’s annual growth rate of emissions has fallen from 9.3% in 2002 to 0.6% in 2012. Even economist admits China’s per capita emissions in 2019 are comparable to those of Western nations industrializing in 1885!

Several developments have contributed to the recent emissions reductions of rich nations. Wealthier countries can better pay for ‘climate-friendly’ improvements, by shifting energy sources from the most harmful fossil fuels to options with less greenhouse gas emissions such as natural gas, nuclear and renewable energy.

Changes in international trade and investment with ‘globalization’ have seen many rich countries shift their greenhouse gas-intensive production to developing countries.

As a result, rich economies have ‘exported’ the production of – and are responsible for – the greenhouse gas emissions of what they consume. Instead, developed countries make more money from ‘high value’ services, many of which are related to finance, that require less energy.

Export emissions, blame
As a result, rich countries have effectively adopted the World Bank chief economist Larry Summers’ suggestion of exporting hazardous waste to the poorest countries where the ‘opportunity cost’ of living humans are said to be the lowest!

His original proposal became a development strategy for the age of globalization! As a result, polluting industries – including manufacturing processes that emit greenhouse gases – have been relocated – along with labour-intensive industries – to the Southern Hemisphere.

Although not included in the final published version of the Intergovernmental Panel on Climate Change (IPCC) report, more than 40% developing countries emit greenhouse gases is produced for export to developed countries.

Such ’emissions exports’ by OECD (Organization for Economic Cooperation and Development) rich countries have increased rapidly since 2002, after China’s accession to the World Trade Organization (WTO). These numbers peaked at 2,278 million tons in 2006, or 17% of emissions from production, before falling to 1.577 million tons.

For the OECD, the ‘carbon balance’ is determined by subtracting the carbon dioxide equivalent of GHG emissions for imports from manufactured goods, including exports. Annual growth in greenhouse gas emissions from exports is 4.3% faster than for all production emissions.

Change is in the air
Carbon-emitting industries have been ‘exported’ – shipped abroad – so that their products can be imported for consumption. But the UNFCCC’s approach to assigning responsibility for greenhouse gas emissions focuses only on production, ignoring the consumption of those imports.

Thus, if the responsibility for greenhouse gas emissions is also on consumption, the per capita difference between the global North and the South is even larger.

In contrast, the OECD wants to distribute international corporate tax revenues according to consumption, not production. Contrasting criteria are thus used, conveniently, in favor of wealthy economies, shaping both tax and climate discourse and rules.

While domestic investment in China has become ‘greener’, foreign direct investment by companies has since been developing coal mines and coal-fired power plants abroad, for example in Indonesia and Vietnam.

Left unchecked, such FDI would put other developing countries on the worst path of fossil fuel energy, which has historically imitated the rich economies of the global North. Instead, a global Green New Deal would give a ‘big push’ to ‘preload’ investments in renewable energy.

This will allow for full funding of development that is much more equitable while ensuring sustainability. Such an approach would not only address inequality at the national level but also international disparities.

China now produces more than 70% of photovoltaic solar panels annually, but is blocked from exporting abroad. In a more collaborative world, the production of vehicles to generate renewable energy in developing countries at a lower cost – more affordable – will be encouraged.

Instead, today’s higher energy costs – due to supply disruptions following the Ukraine war and Western sanctions – are being used by rich countries to retreat further from modest commitments. , their incomplete aim to reduce the rate of global warming.

This retreat is putting the world at greater risk. Currently, the international community is being encouraged to forgo the maximum allowable temperature rise above pre-industrial levels, thus further expanding and deepening the already unfair North-South relationship. .

But change is in the air. Investing and subsidizing renewable energy technologies in developing countries that want to electrify, can help them grow while mitigating global warming.

Hezri A Adnan is an adjunct professor at the Faculty of Science, University of Malaya, Kuala Lumpur. 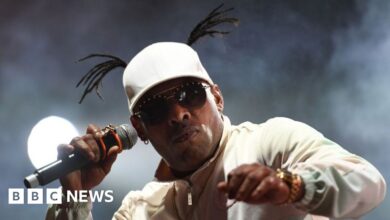 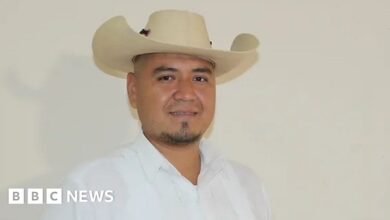 Mayor among dead as gunmen launch attack in Mexico town 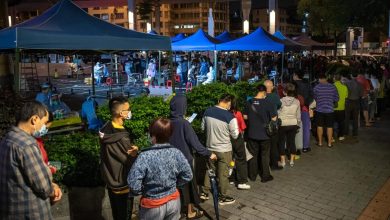