Marshall proved successful on her third defence as she stalked Hermans throughout the early rounds and calculated her opponent in the process. At the death of the third round Marshall detonated a powerful left hook that knocked Hermans out cold, sending a message to her arch-nemesis ringside.

The Hartlepool fighter trained and mentored by Peter Fury holds the reputation as the most ferocious puncher in women’s boxing and she more than lived up to the hype with her 10th knockout of her professional career.

However, Hermans proved to be no pushover in the build-up to the fight, a former world champion who has fought Shields and taken her 12 rounds, losing respectively in the process.

Many would have been taking this fight as a direct comparison to how Shields and Marshall fared against Hermans. The anticipated fight against Shields next has all boxing fans chomping at the bit, Marshall remains the only fighter to have beaten Shields when she beat her in the amateurs in 2012.

Marshall is considered to be the biggest female puncher on the planet and maybe all time, she becomes the only fighter to have stopped Hermans and the fight against Shields will be one of the biggest fights of the year.

Lasting just four rounds, the fiery Albanian landed a big right hand that rocked Jenkins heavily with the referee stepping in soon after.

Marku did seem to struggle at times with Jenkins and was often outboxed, Jenkins established his jab early in the fight and relied on the punch to disrupt Marku’s flow throughout the length of the fight.

The victory establishes itself as the best in Marku’s relatively short career with a fight against fellow BOXXER fighter Chris Kongo (13-1, 7 KOs) just around the corner.

Zak Chelli (11-1-1, 6 KOs) returned to boxing duties for the first time in a year with a hard-earned stoppage over late opponent Jack Kilgannon (11-1, 3 KOs) in the sixth round, handing him his first defeat in the process.

A clash of heads occurred in the sixth round with Chelli coming off worse with a huge cut on the hairline, the cut appeared to annoy Chelli, and he unleashed a ferocious overhead right knocking Kilgannon out towards the end of the round.

The super middleweight is no stranger to performing under the BOXXER banner as he won the super middleweight BOXXER tournament in 2020. The 24-year-old will take the momentum of the victory into the rest of year which he will be hoping will see himself challenging for titles.

After his emphatic first round stoppage last time out against Craig McCarthy (8-1-1, 2 KOs), Rea took his time in this fight and gained valuable rounds in the process. The referee scored the eight-round bout 78-73 in Rea’s favour.

At the end of the fourth round, Rea switched to the southpaw stance and landed a perfectly timed left cross to counter Ndafoluma’s attack and drop him to the canvas. The punch woke the Newcastle crowd and certainly changed the balance of the fight.

Considered a step up for the 24-year-old from Manchester, the WBA African middleweight champion Ndafoluma proved a worthy opponent and allowed Rea to learn from a different style of opponent.

Hailing from a boxing family, Luke Cope (4-0, 0 KOs) was victorious in his return to the ring beating journeyman Lee Connelly (8-73-6, 0 KOs) over four rounds by unanimous decision, 39-37.

The 24-year-old last fought in March 2019 but due to the pandemic the young super lightweights career suffered. Cope and his team will be hoping for a bright 2022 with lots of activity inside the ring.

Switching camps to join forces with Peter Fury and Savannah Marshall, Hunter will be looking to build on this victory and continue her young career in the right direction.

After an up and down fight week with his previous opponent pulling out, Webster was matched with the travelling German Kadrija who boasted an impressive record going into the fight.

The 27-year-old from Middlesbrough must look forward to the next stage in his career as a step-up fight should be next. The heavy-handed cruiserweight has the potential to be a problem in what is one of Britain’s most improved divisions in recent years.

Formerly with Team GB and a five-time national champion as an amateur, Geo used her boxing ability to convincingly beat the Argentine earlier on the undercard.

Hosea Stewart (2-0, 0 KOs) faced the well-seasoned heavyweight journeyman Phil Williams (4-35-1, 1 KOs) earlier in the night at the Utilita Arena. Stewart, the 24-year-old, took the four scheduled rounds to defeat Williams but made sure he did so with a convincing unanimous decision that the referee scored 40-36.

Matty Harris (2-0, 1 KOs) made easy work of his second professional fight as the young heavyweight crushed Mait Metsis (0-5) in the first round with a beautifully timed right uppercut, that will be remembered as the most brutal knockout of the night. 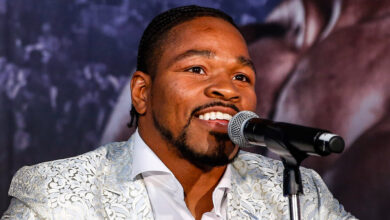 Shawn Porter calls One Heavyweight “The Definition of Difference” 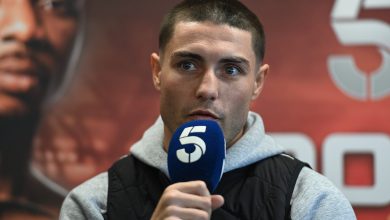 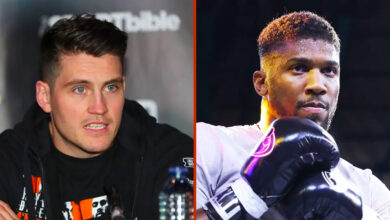 Shane McGuigan advises Anthony Joshua who to choose as coach 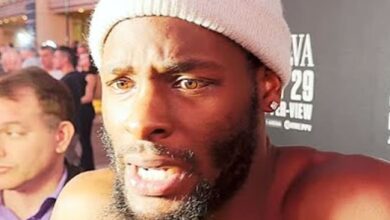