Two years ago, on this very day, Britain entered its darkest period of unrest since the Second World War. To mark the start of the first Covid-19 shutdown and the pandemic that followed, people across Britain will be taking part in what has been designated a National Day of Meditation in their own way.

And tonight, more than 2,000 people will gather at St Paul’s Cathedral for the Remember Me concert in memory of the more than 186,000 people who have died from (or with) the coronavirus.

There, they’ll also get a glimpse of the remarkable national memorial that’s nearing completion thanks to the generosity of Daily Mail readers – and revealed exclusively here. 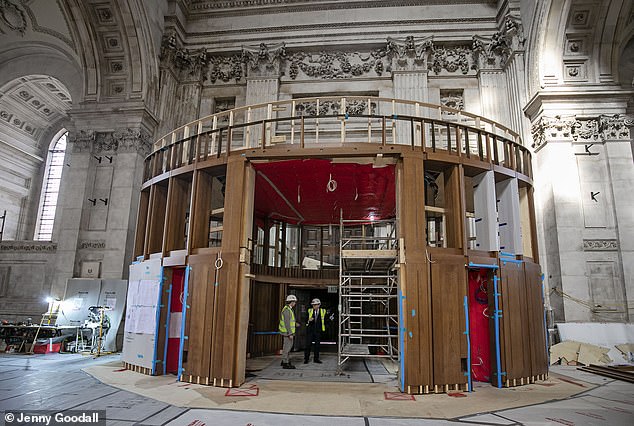 Visitors to St Paul’s will also get a glimpse of the remarkable national monument nearing completion thanks to the generosity of Daily Mail readers. 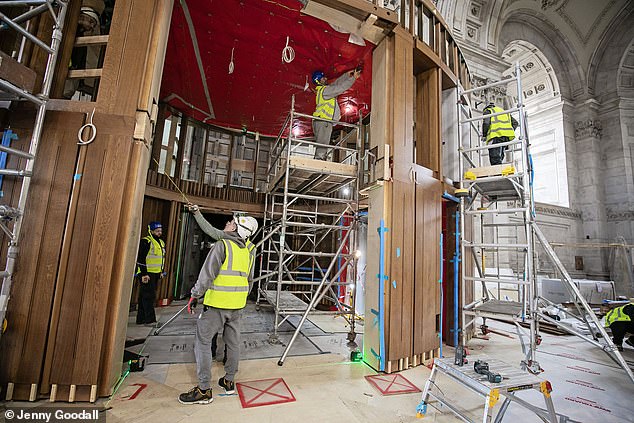 More than £2.3 million was raised over several weeks during last year’s Remember Me campaign to provide a multifaceted memorial at one of the nation’s most iconic churches.

More than £2.3 million was raised over several weeks during last year’s Remember Me campaign to provide a multifaceted memorial, including a solemn yet dignified memorial space in the center of the church. This will include a permanent digital record of all those who have lost their lives. Crucially, it celebrates people of all faiths and no faith from the right across the UK and entry will be free for all.

For now, it’s still a work in progress but this week I was able to see it nearing completion behind special hoards.

A magnificent memorial gate – an entrance hall – made of the finest English oak is taking shape as the gateway to this special memorial space in the North Transept.

There, people can pay their respects, light candles or display details about a loved one on a special display that will display the ever-growing online Book of Remembrance. More than 11,000 names have been entered (completely free) on Memo’s database, and more are being added all the time.

“Look at what the readers of the Letter have achieved,” says Oliver Caroe, Church Fabric Surveyor and memorial space designer.

‘No one thought a memorial could be funded and created around such a time but it is happening and will make a real difference to so many people at a very painful and painful time. miserable.’

He only knows too well what that means for him to have lost his mother, Mary, a former GP, in the early stages of the pandemic.

Tonight’s concert will honor tens of thousands of people just like Mary and families who will never fully ‘get over’ this pandemic. For many, it will be a memorial they could never have organized on their own. The little wonder ticket (free) was gone in less than four hours.

St Paul’s will also stream the evening. Audiences will enjoy performances by the London Symphony Choir and the Rambert Ballet, along with specials by composer Howard Goodall and poems by Laureate Poet Simon Armitage. The church will also hear the driving force behind the entire project, says philanthropist Sir Lloyd Dorfman.

Among those arriving in London for tonight’s event was tax accountant Eloise Brien, who lost her father, Kim, at the start of the pandemic. ‘He is only 60 years old and has no underlying cause but the last time I saw him was when he was rushed into the ambulance. He ended up on a ventilator and never regained consciousness,’ Eloise told me. 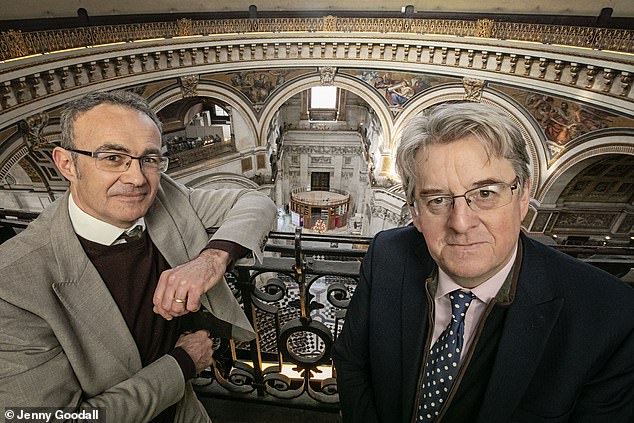 ‘This has been a very difficult time for everyone, including his father – my grandfather – who lost his only son. I love the fact that this memorial is in St Paul’s – a place he loved. The fact that we will be there to honor him on the night means a lot. ‘

It will be an equally emotional evening for Hannah Gompertz, a trainee nurse and organizer of the Golden Hearts campaign. She is traveling to St Paul’s from Plymouth to honor her grandmother, Sheila, a biochemist who has died aged 83.

“It will be a very sad day for a lot of people who still feel that they are struggling to get out of the race,” she said. ‘This is a major national disaster that cannot be forgotten.

‘So we would like to extend our deep thanks to all those readers of the Letter. That others have remembered our loved ones and are aware of them is very important. ‘

Women and girls deserve to live free from violence in 'safety, dignity and freedom' - Global Issues

Wennesland condemns killing of 4 Israeli civilians, as Security Council hears ‘little progress’ is being made on settlements — Global Issues 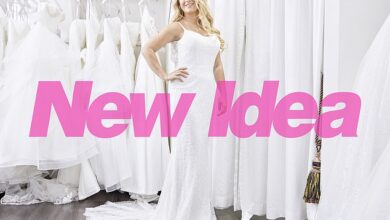 Jenny from The Block is getting married! The reality star goes dress shopping before her wedding 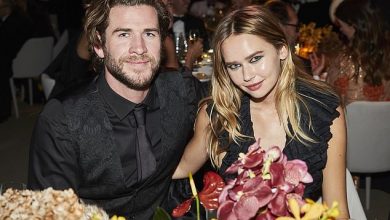