The intersection of two busy Oklahoma highways, where the terrible accident happened took the lives of six teenagers this week, yes history of collisions and a design decades out of date, records show.

Witnesses said the vehicle carrying the high school students rolled over a stop sign at an intersection and was hit by a tractor-trailer, the Oklahoma Highway Patrol said Thursday. An investigation, which included an event data recorder retrieved from the vehicle, was “consistent with witness testimony”, the agency said.

While detailed records of intersection crashes are incomplete, the Oklahoma Office of Highway Safety has records showing eight crashes in the past 10 years. It is possible that some accidents were investigated by local authorities instead of OHP.

“It’s a dangerous intersection in my opinion,” says James Brewer, who has owned a business facing the intersection for seven years. “I witnessed a number of accidents there, and three of them were fatal.”

The 50 mph intersection connects Highway 22 and US 377 in southern Oklahoma. The location near a nearby quarry means that trucks loaded with stones frequently pass by.

“It’s on a bend, so you have limited visibility,” Brewer said. “Whenever you get to a stop sign, if you go straight ahead, your visibility to the right, towards Madill, will be very limited.”

Madill is a city in southern Oklahoma near the state’s border with Texas.

ONE CASH OF SMALL CASH:Tishomingo residents grapple with the deaths of six high school students

The design of the road, which includes three intersections that come together at very sharp corners, allows vehicles traveling in most directions to continue on their way without slowing down or making sharp turns. Two directions of traffic are required to stop.

Current nationally accepted traffic design standards stipulate that intersections should be at 90-degree angles where possible and not less than 75 degrees. The intersection is at a significantly sharper angle, so much so that a car traveling east on State Route 22 must turn south and pause at a stop sign before rejoining traffic in the direction West.

The design of the interchange met highway construction standards when it was built, but it is now decades out of date.

Brian Taylor, chief engineer for the Oklahoma Department of Transportation, said there are still “quite a lot” of these intersections across the state, and many were first designed in the 1950s and 60s.

“This particular interchange was designed in 1965 or earlier, and it is typical of interchanges of that day,” says Taylor. “But remember, 70 years ago, the size of a large truck was the size of an F150 (pickup) today.”

Not only is the size of the vehicles different, so does the speed at which they can safely operate, he added.

“It is heartbreaking, certainly for family and friends in the community,” Taylor said. “And we want to be part of the solution here.”

NTSB says it sent four investigators and one family support specialist arrive in Oklahoma. The team will look at the highway layout, environmental conditions, traffic volume and accident history. The full report, expected over the next 12 to 24 months, will also include analysis of human performance, commercial vehicle operations and crash scene reconstruction.

A preliminary report is expected next month.

Brewer, who has experience driving large trucks through intersections, says it’s easy for drivers to get complacent when checking in both directions.

While the state Department of Transportation has no immediate or long-term plans to update the junction, Taylor said he looks forward to speaking with investigators and the community.

“This intersection is going to get a lot of scrutiny,” says Taylor. “We will be spending a lot of time and attention on all of the facts as they are published, and the outcome of that investigation is something we look forward to seeing.” 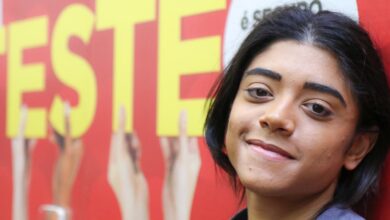 A song with power: Ukraine’s entry to Eurovision unites the nation 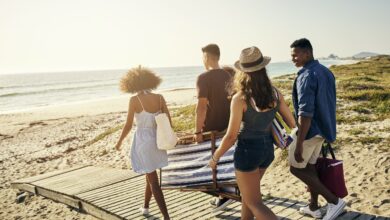 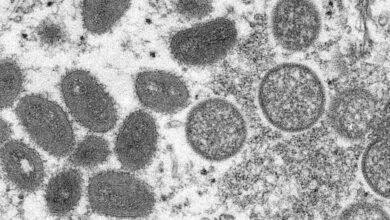