Russia built a self-proclaimed fortress around its economy in the run-up to war—but there was a crack. Moscow depended on foreign middlemen to ferry its most strategic and lucrative export around the world: oil.

Now the most-important middleman, Trafigura Group, is joining several competitors in cutting off Russian giant Rosneft Oil Co. from global oil markets. In a high-stakes move that goes farther than official Western sanctions, the Swiss commodities trader plans to stop exporting Rosneft’s crude altogether. It will cut its business with the state producer to a sliver of prewar levels, supplying only some refined products such as diesel into Europe, according to a spokeswoman.

Trafigura and other traders were already poised to lose a big chunk of their Russian business on May 15, when sanctions go into effect that bar them from selling Rosneft oil to countries outside the European Union and Switzerland. In also deciding to cut exports to Europe, long the biggest buyer of Russian oil, they are getting ahead of EU countries that are discussing a full ban.

It marks a shift for the traders, which have long done business where few other Western companies would dare, given that many of the world’s valuable commodities are found in places that have struggled with corruption, instability and war.

While the traders continued to ship Russian oil after war broke out, they faced mounting pressures from Western governments, financial institutions and Ukrainian officials. A huge drop in European demand, given the stigma of sending petrodollars to Moscow, made the decision easier.

“The world has changed,” said Jean-François Lambert, a consultant to the commodities industry and former head of commodities trade finance at

“We are not in a twilight situation. We are in a black-and-white situation.”

Their disengagement is forcing Russia to hastily rework its commodity-export business, the foundation of the country’s economic wealth and the feedstock for

war machine. Rosneft accounts for about a third of Russia’s total oil production and about a fifth of the government’s revenues.

The retreat will also likely mean substantial losses on investments the traders made in the country as they sought to deepen their roots, such as a giant drilling project in the Arctic Circle partly owned by Trafigura and Vitol. On the core business of trading, the merchants face risks as they pull out, as a messy unwinding from Russia could stick them with millions of barrels of unsalable oil if they aren’t adroit.

Trafigura, like many traders, is privately held and offers less disclosure about its operations and financial results than public companies. Owned by its 1,000-odd partners, it competes with the likes of Vitol and Geneva-based Gunvor Group as well as the trading arms of oil producers including BP PLC and Shell PLC.

the firm is legally based in Singapore, though its top executives operate out of a bland seven-story office building in Geneva with a pharmacy on the ground level.

The company generates almost twice as much revenue as

owner Meta Platforms. It churned out a profit of $3.1 billion in the year through last September.

Last month, Trafigura announced it had doubled the size of a credit facility with banks to more than $2 billion to weather extreme price moves sparked by the war in Ukraine. A set of Trafigura bonds issued late last year have fallen nearly 10% since just before the start of the war. Bonds of other commodity traders fell in price, too.

Trafigura dates back to a bust-up in 1993 at Marc Rich & Co., run by trader and fugitive from U.S. justice Marc Rich. Trafigura—a name plucked from a selection of registered Dutch companies—struck out as a breakaway and expanded under founder Claude Dauphin.

Post-Soviet Russia was a highly sought-after prize. The country emerged from the collapse of the Soviet Union as a commodities superstore. It is the world’s biggest exporter of oil and a huge producer of natural gas, wheat, nickel, gold and more besides.

Together Trafigura and its competitors have channeled billions of dollars to Rosneft from Western lenders and invested in oil fields and port terminals in Russia—to endear themselves to producers in the country and gain access to their oil, current and former industry executives say.

Trafigura was late to the game in Russia, lagging Vitol, Glencore and others. It got its break in 2013 when it struck a $1.5 billion deal with Rosneft that followed a $10 billion deal between the Russian producer and those rivals.

—who had spent more than two decades working in Russian oil, starting at Marc Rich & Co., according to former colleagues—led Trafigura’s new outfit in Moscow.

The relationship between Rosneft and Trafigura grew stronger after Russia’s 2014 annexation of Crimea. Rosneft was in a pinch. It faced a wall of debt and sanctions imposed after the annexation banned Western banks from making loans that lasted longer than 30 days.

Trafigura, armed with a giant balance sheet and with ready access to financing from Western banks and the global bond market, swooped in. It agreed to buy oil in huge quantities and pay 25 days up front, easing the cash crunch at Rosneft. Trafigura catapulted above Vitol and Glencore to become the biggest Western exporter of Russian crude in 2015.

“There’s no sanctions on oil trading in Russia, and therefore it’s business as usual,” said Mr. Weir at the time.

Trafigura went on to deepen its ties with Russia, striking deals beyond trading. It bought an Indian oil refinery with Rosneft. And it plowed the equivalent of $8.4 billion into Rosneft’s vast Vostok Arctic oil field in return for more barrels and a 10% stake in the project, largely funded by a Russian bank.

a close ally of President Putin. Mr. Sechin’s strategy was to grant barrels of oil in return for funding and investments, all the while playing Trafigura, Vitol and Glencore off against each other, said Mr. Lambert, the former banker. “If the price is you invest one billion here, one billion there and you can afford it, you do it,” he said.

Physical commodity markets are opaque. But data tracking shipments from Russian ports and calculations by rival companies suggest Trafigura grew to be by far the biggest exporter of Rosneft oil. Last year, it shipped about 519,000 barrels a day, according to oil-tracking firm Petro-Logistics, more than twice as much as second-place Gunvor. Including oil from private Russian energy companies, Trafigura was the second-biggest exporter of Russian oil behind Litasco, the trading arm of Moscow-based producer

A Trafigura spokeswoman called the data “materially incomplete and inaccurate” but declined to provide the company’s own figures.

Details of agreements between Trafigura and Rosneft aren’t disclosed. But people familiar with their terms say Trafigura, and its rivals, agree to long-term contracts to buy millions of barrels of Russian oil with prices set according to formulas based on recent prices of oil benchmarks.

Russia locks in a steady buyer of its oil, and Trafigura makes a profit by selling the oil at a slightly higher price to refiners and traders in Europe and Asia.

That recipe came undone when Russia invaded Ukraine. Global markets for Russia’s flagship Urals crude tanked, selling at roughly a $30 a barrel discount compared with Brent, the international benchmark. It usually sells for around the same amount.

Trafigura and the other middlemen struggled to find companies to sell to, particularly in the West. “Not many,” Mr. Weir said at a conference in late March when asked how many buyers there were for Russian oil.

They found takers farther afield. Cargoes that once headed to Europe instead traveled to markets such as India, which has avoided denouncing the war and scooped up Russian oil on the cheap.

Should the West impose a full ban on Russian imports? Why or why not? Join the conversation below.

Unlike oil giant BP, which rapidly declared its intent to quit Russia in the days after the invasion, Trafigura and some other traders were more circumspect. Trafigura froze its investment in Vostok without detailing what that entailed, and industry executives expect the company to absorb a large loss on the project.

After a dialogue with European government officials and external lawyers about EU and Swiss sanctions targeting Rosneft, Trafigura decided to stop selling oil from the state company elsewhere in the world beyond May 15, even though it theoretically could have skirted the sanctions by operating through offshore units.

Even sales in Europe turned dicey, as numerous refiners and government officials on the continent balked at the thought of buying Russian oil.

With few takers, Trafigura could have been stuck buying oil from Russia based on its contract with Rosneft with nowhere to sell it.

France and other countries are urging a more sweeping ban on Russian oil that would halt sales in the EU, too. Meanwhile, staff at some ports are unwilling to unload shipments.

With the walls closing in on the traders, Moscow will have to turn elsewhere if it is to keep selling its oil. One option is to sell directly to select customers in Asia. Another is to build new pipelines to transport oil directly to China. A third is to replace Trafigura and others with smaller traders in the Middle East.

Smaller companies might be able to dance around the sanctions, for example by dealing out of non-European subsidiaries. But the big players likely can’t risk undermining their relationships with banks by flouting the spirit of the rules, lawyers and traders say.

Rosneft is dashing to sell oil while it still can, and struggling. In recent days, the state producer failed to find buyers for tens of millions of barrels of crude it put up for sale after the traders began to leave Russia.

—Alistair MacDonald contributed to this article.

Write to Joe Wallace at Joe.Wallace@wsj.com and Eliot Brown at eliot.brown@wsj.com 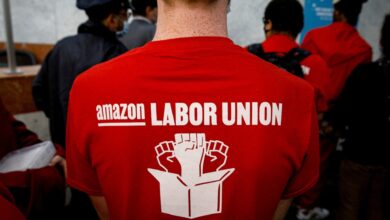 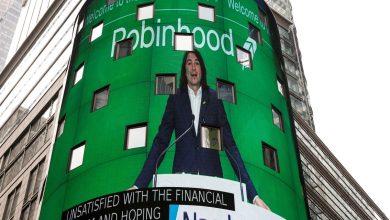 Robinhood to reduce staff by 23% 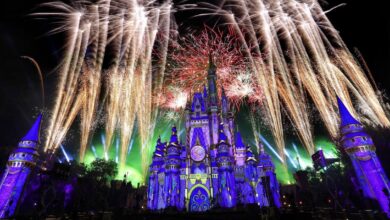 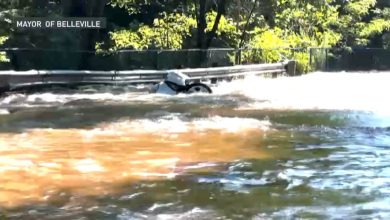