What’s being said and team news ahead of Thursday’s Betfred Super League clash between the Wigan Warriors and Castleford Tigers, live on Sky Sports…

One of the biggest takeaways from the first five rounds of the 2022 Super League season is the number of cards and the length of suspensions following the RFL’s decision to adopt a more rigorous approach to behavior. violations, especially in relation to incidents that occur. a risk of head injury.

Both teams participating in Thursday’s match were live on Sports skyWigan Warriors and Castleford Tigers, have been affected by that, with Warriors’ Kaide Ellis banned for five games for what was described in the disciplinary report as ‘Punch – continuous and repetitive or violent’ after his red card in the 28-0 defeat to the Catalans Dragons.

Castleford’s 36-24 loss to Huddersfield Giants on Saturday saw four yellow cards – two on either side and three of them for late tackles – also given, and all 12 coaching. Super League members will join the call with RFL head of legal Robert Hicks to discuss the matter on Wednesday.

“We were told a week before the season started that we were going from 0 to 100, we are going from slap on the wrist last year to D and four or five games,” the head coach of the Tigers, said Lee Radford. “Communication will be key there.

“Their influence on the game is significant. If you’re neutral it’s great to watch but we’re encouraging blocks to roll on the floor right now when there’s any contact with the heads. “

The incident involving Ellis in Perpignan also saw Jordan Dezaria of the Catalan side sent off and then banned for three games, and Wigan head coach Matt Peet hopes to get some clarity from him. governing body on what is expected from the players. 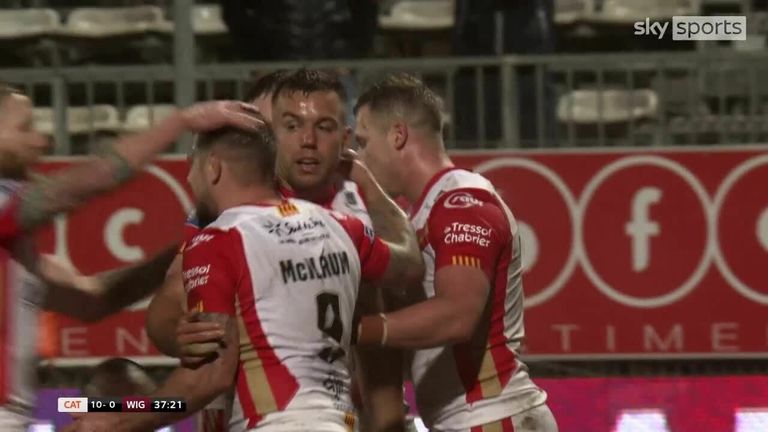 “Once everyone has a clear direction, we can work with the players,” says Peet. “But as long as we know there is consistency, speaking on behalf of our club, we will work within the parameters given.”

Warriors and Tigers to fight back

The away defeat to the Catalan side ended Wigan’s unbeaten start to the season that has seen rookie head coach Peet named the recognized Super League coach of the month in February.

It came after a narrow 29-28 win over the opponent’s other French team, Toulouse Olympique, with the Warriors spending 10 days in the South of France to allow everyone time together on and off the pitch.

Peet is now hoping to see the lessons learned from that trip and loss to the Dragons put into practice as they seek to recover from the Tigers.

Wigan’s Liam Marshall on how a season in the Championship set the stage for him to become a Super League star.

“I guess we’ll find out going forward,” says Peet. “We didn’t have the performances we wanted, and we’ve worked very hard to get there, and we hope to get better.

“We should have collected everything, we should have improved on us, but hopefully the work we’ve done in France will help us stand our ground on and off the pitch.”

Radford, meanwhile, got off to a bad start for his side during their trip to Huddersfield last Saturday, which ultimately left them with too much work as they prepared for a wade upstream in the second half.

“We went from being hugely disappointed in the first half to thinking we had a chance, but in the end it fell into the first 40 minutes,” said Radford, who have now lost four of the first five games of the season, said. 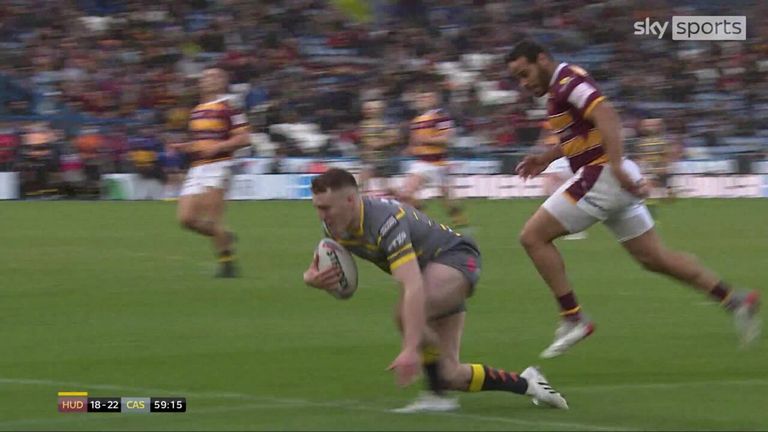 “Our areas of contact were really poor for the first 40 minutes. We never gave in, they constantly sagged, and it could easily swing in either direction.”

Ethan Havard and Sam Halsall return to Wigan’s 21-man squad for this game, with Brad Singleton serving a two-match ban along with Ellis’ ban following a defeat to the Catalans.

Castleford has returned George Griffin and Jordan Turner from injury, while Bureta Faraimo is back in action after serving a two-match suspension.

How 'X' Captured the Best Horror Scenes of the '70s 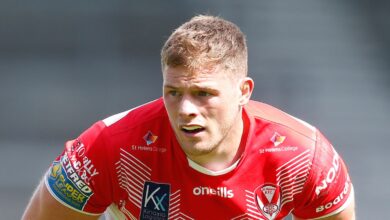 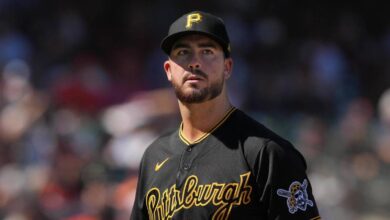 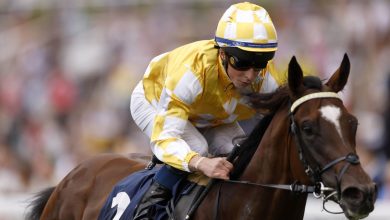 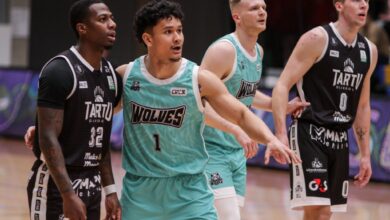