Taylor was severely hurt in the fifth and once again in the tenth round when she stopped running and tried to exchange with Serrano.

The 5th round should have been a 10-8 because Taylor took a shellacking and was on the verge of being knocked out.

After the round ended, Taylor staggered back to her corner, weaving like someone that had one too many drinks. How you could not score that as a 10-8 round is beyond me.

At the end of the fight, Taylor looked like a mess. Her nose looked twisted, bleeding, her face reddened, and her eyes with a wild look. She looked out to lunch from that point on.

Heck, you can argue that Taylor never fully recovered after being badly hurt by Serrano in the fifth round and fleeing from that point on.

The scores were as follows:

Boxing News 24 had it 98-92 for Serrano. She was the better fighter and the one pushing the fight all night long. The scoring by the two judges that gave it to Taylor was atrocious in Gilfoid’s view.  If you gave those scores for Serrano, it would make sense, but definitely not for Taylor.

Unless the judges were giving Taylor rounds based on her running, you’d be hard-pressed to provide her with more than two rounds in the entire fight. Serrano was too fast, busy, strong, and talented for Taylor.

Taylor, unfortunately, was spoiling, fighting negatively by running and holding after seemed to realize that she was no match for the talented Serrano.

Gilfoid couldn’t give Taylor any rounds after the fourth, as she was hurt in the fifth and running for the hills from the sixth round on. It’s unclear what the two judges were looking at that scored it for Taylor, as she basically put up the white flag of surrender after the fifth.

Fighting in front of a pro-Taylor crowd, Katie was badly hurt in the fifth round and looked within an eyelash of being stopped in the round.

The stocky Canelo-esque Taylor was on her bike from the sixth round on, playing keep away from the constantly stalking Serrano. When Serrano would get close, Taylor would grab her in a clinch without throwing anything.

Considering how many boxing fans are hopping mad over the decision, I’ll be the first to say there needs to be a rematch pronto.

The fans need to be calmed down, and the only way that can happen is if they have a rematch at the Barclays Center in Brooklyn, New York.  That would be the ideal venue for the rematch. 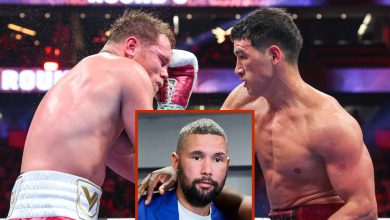 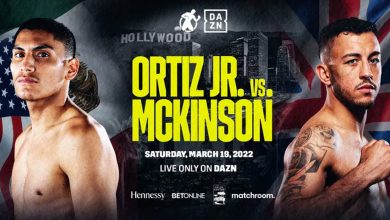 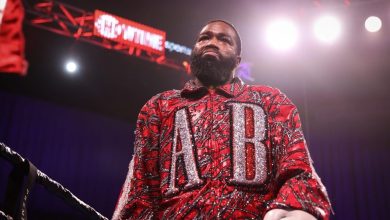 Adrien Broner, Omar Figueroa hope to be on the right track 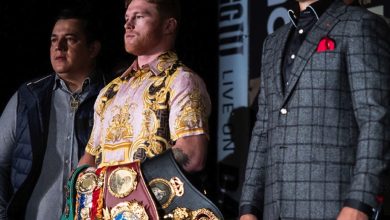