Jane Gross, who in 1975 became the first known female athlete to enter the professional basketball locker room, and who later featured in The New York Times with her benevolent article about aging and a well-received book about her mother’s decline in nursing. passed away Wednesday in the Bronx. She is 75 years old.

Her brother and sole survivor Michael Gross immediately reported her death, at the same Riverdale nursing home where her mother died, from traumatic brain injury following a series of falls.

Gross joined Long Island’s Newsday to cover professional basketball in 1975, at a time when sports teams were reluctant to open their clubs and locker rooms to female journalists. Most players see the prospect of women asking them questions at their lockers as an intrusion into their inner sanctuary. Although male reporters are welcome, female reporters have to wait in the hallway for teams to bring players in for interviews.

But in February 1975, Ms. Gross requested Red Holzman, coach of the New York Knicks, to let her into the team locker room after a game at Madison Square Garden. He agreed, and a barrier was broken.

A month later, when Ms. Gross sought to interview members of the New York Nets of the American Basketball Association (now the NBA’s Brooklyn Nets) after the loss, the team voted on whether to admit her. The vote failed, but after winning the next day, they elected her in. The other four ABA teams quickly followed suit.

It wasn’t until the late 1970s that the NBA introduced a policy that made it mandatory for women to work in the locker room. It will take a few more years for all of the league’s teams to comply.

Ms Gross said that when she first walked into the dressing room, she was “stifled in fear.”

“But I started to realize what a fellow sports journalist at Newsday told me,” she said in a 1976 profile of the Newspaper Business Association, “that you really can’t get the taste of the players without seeing them in the dressing room and the camaraderie they share”.

She added: “It is a beautiful thing, the closeness and the uninhibited after great physical exertion. Most women rarely go through that.”

In 2018, when she received the award from the Association of Women in Sports Media, Ms. Gross recalled the outrages she faced when she entered the dressing room and clubhouse. A baseball player, Dave Kingman, poured a bucket of water over her, and she once threw spaghetti and meatballs at her. But she also talked about the gratitude she felt when the girls sent her notes thanking her for setting an example.

“They wrote while reading my stories on microfilm and felt the world open up,” she speaks.

Ms. Gross is one of the pioneering female sports writers in “Let Them Bring Towels,” an ESPN documentary in 2013.

She moved to The Times as a sports journalist in 1979, but she spent most of her nearly three decades writing on the Metropolitan, National and Styles desks. Among the topics she writes about are the AIDS crisis, abortion, Alzheimer’s disease, and the 1989 San Francisco earthquake.

“People tend to underestimate her, and she welcomes that,” Jonathan Landman, a former Times editor who worked with Gross on National, said in a phone interview. . “She plays an emotional person, and not too tough, but she is also strict and tough as a reporter.”

Ms. Gross is known for quickly inspiring trust and persuading those who are reluctant to speak frankly with her. In 1989, at a Planned Parenthood clinic in San Mateo County, California, she interviewed seven women – some before the abortion, some after. One of them, a 32-year-old woman of Scottish descent, told Ms Gross she felt pressured during a one-night stand that led to her pregnancy.

“I got caught in the door of bad luck,” she said. “I feel guilty now, terrible guilt, because at my age you should be more conscious.” She added, “I’m still grappling with whether or not this is murder.”

Her mother’s decline in health between 2000 and 2003 inspired Ms. Gross to start reporting on aging and the challenges baby boomers face in caring for their parents. surname. It became her distinct rhythm at The Times. In 2008, she started a blog, The New Old Age, covering various aspects of aging and care.

In a first blog post, Ms. Gross describes marking the 5th anniversary of her mother’s death not at the cemetery but at the Jewish Home for the Elderly in Riverdale, where her mother spent the last two years of life.

“My happiest time with my mother was spent here,” she writes. “Despite the inevitable organ odors, the unpredictable rations of the amnesiac inhabitants, the ‘feeder’ things that fill the mouths of once capable men and women. , the wheelchair row in the TV room, in this nursing home that my mother and I had. an opportunity to know and love each other in a way we never had before.”

Her reporting on the aging process led to the book “A Bittersweet Season: Care for Our Aging Father – and Ours Yourself” (2011), which combines her personal story with practical advice.

Kate Tuttle writes in her review in The Boston Globe: “Some of her advice is Ancient Mariner-style nagging, about the nature of aging and the bureaucratic horrors of Medicare and Medicaid. “This is hard work, and Gross writes emotionally about the amount of money she and other carers have to endure.”

Jane Lee Gross was born on September 10, 1947 in Manhattan. her father, Milton Gross, is a affiliated sports columnist for The New York Post. Her mother, Estelle (Murov) Gross, is a nurse. From an early age, Jane was fascinated with the world of sports her father offered, and from time to time she and her brother would accompany him in his exercises and sit in the press box.

After graduating from Skidmore College in 1969 with a bachelor’s degree in literature, Ms. Gross was employed as a researcher by Sports Illustrated. She soon became sexist when the Knicks refused to let her ride the team bus while she was doing a season preview for the magazine.

“As a member of the working press, she was suddenly impressed with more distance from the action than she had been since she was two years old,” said the magazine’s publisher at the time, John Meyers. , wrote, acknowledging how long Ms. Gross had bonded and been close to each other. has been watching the Knicks since her father took her to childhood games.

She spent six years at Sports Illustrated and joined The Times after four years at Newsday. She remained with the newspaper until 2008, except for a brief stint with The Los Angeles Times as its urban affairs correspondent from 1994 to 1996. Until entering a nursing home , she lived in Manhattan.

During the AIDS crisis, Ms. Gross was on the front lines. In an article, in 1987, she wrote about areas of New York City where death had become the focus of everyday life.

“Along the tree-lined streets of Greenwich Village, where lively young men have lost two or four or six friends,” she wrote, “a hearse passing often heralds the death of one person. is in his prime.

“In apartment complexes and housing projects in Harlem or the South Bronx, where violence and drug addiction have always stalked young people, mothers are now grieving for children they believe have died from inflammatory diseases. lung or leukemia or any disease likened to acquired immune deficiency. syndrome. “ 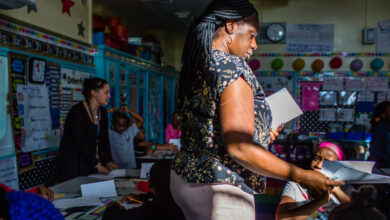 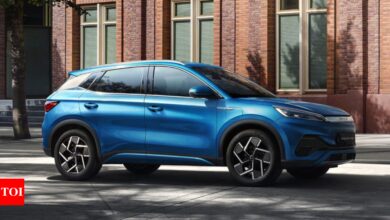 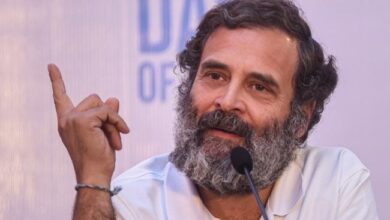 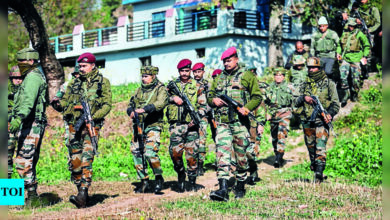