A 15-year-old boy has been jailed for life for stabbing a father of three outside his home with an 18-inch knife.

Described by the court as a “hateful troublemaker for teenagers”, the young man, who cannot be named for legal reasons, was ordered to serve a minimum term of 15 years.

The serial offender was just 14 years old and was subject to an antisocial behavior order (ASBO) when he attacked James Markham, 45, in Chingford, east London, on 9 August last year.

He punctured his ASBO six times before fatally stabbing Markham.

The youth claimed to have acted in self-defence but was found guilty of murder and having an assault weapon following a trial at the Old Bailey in July.

Ordering the boy’s life in custody on Friday, Judge John Hillen described Mr Markham as “a hard worker with his own business who worked hard to support and nurture his family”. “.

He told the teenager: “You have not responded to attempts to divert you from crime and antisocial behavior.

“You go missing all the time.

“You have low attendance at school.

He continued: “Your unhealthy taste for knives, your antisocial behavior and violence against those who challenge you, all came together on Mount Chingford on 9 August last year. .”

Earlier, Mr Markham’s mother Anita described the impact of the “cruel” killing on her family.

She told her teenage killer: “On August 9, 2021, you stabbed my son Jamie Markham three times and murdered him.

“You have nothing to say, not even ‘sorry, I didn’t mean to let it happen’.

“You can’t say it was an accident because you stabbed him three times.

“Taking my son’s life broke me.

“Jamie is always on my mind, seeing him lying there is knowing I can’t patch him up like I did when I was a kid.

“As much as you want to help him, give him back to us.

“You can never replace a child.

“When Candice (Mr Markham’s partner) called and told me Jamie had been stabbed, I never thought it would be and I would never be able to hug and kiss him.”

Previously, Crispin Aylett KC had told jurors that the defendant was never allowed to go to the Chingford Mountain area on the day of the stabbing.

He said: “Obviously he couldn’t think of a criminal sequence as worth the piece of paper it was written on.

“Just as he was unwilling to abide by the terms of the order, so the evidence in this case shows that he was not prepared to let anyone tell him what to do.”

On August 9, last year, the boy and four friends walked into the back of shops near where Mr Markham lived with his family.

Mr Aylett had told jurors that the victim and his family had become “increasingly exasperated” by groups of young people who were harassing themselves there.

An argument broke out and two young men allegedly attacked Mr. Markham before the defendant told a witness: “It’s okay man. He’ll get it.”

Mr Aylett said: “The provocation was beyond endurance, it must be time for Jamie Markham to want to kick this obnoxious young man from the area where he and his family live – and make sure he won’t come back. “

Jurors said the stoneman armed with a drill from his barn ran to the boy, brandishing the tool to ward off the boy.

But the boy created an 18-inch blade and stabbed him in his armpits, neck and back before running away.

Mr Markham was helped back to his apartment where he collapsed and died.

The defendant dropped his mobile phone during the altercation and it was later used by the police to track him down.

Mr Aylett said the boy had a “damn” criminal record, having appeared in court 12 times and been convicted of 22 different counts.

In the palliative, Laurie-Anne Power KC said the boy was affected by the absence of family presence or support as well as “abandonment, abuse and feelings of hurt and loss”.

She said her client had offered “sincere regret for her actions”.

Addressing the Cow in the Room, Lowing for Nutrition and Livelihoods — Global Issues 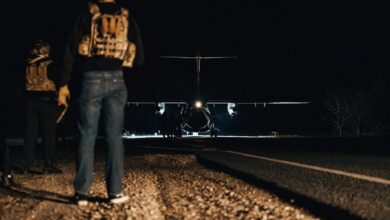 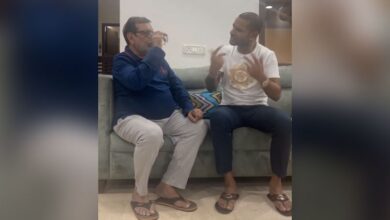 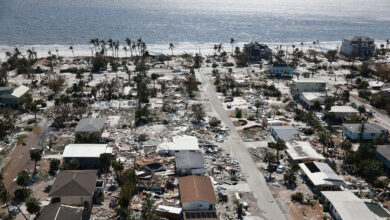