Like open negotiations and ultimatums Building hype for a scrapbook between Tyson Fury and Anthony Joshua, one question remains unanswered – what does Bob Arum think of all this?

Boxing Social catches up with the boxing legendwho has promoted the likes of Roberto Duran but more recently Tyson Fury, at the Claressa Shield and Savannah Marshall press conference in London.

It looks like Arum hasn’t been involved in negotiations so far, and it’s unclear what role Top Rated will play in promotion if the fight goes through. If they get in, it has the potential to add more movies to broadcast rights into an already overflowing pot.

Whatever the situation, and although negotiations appear to be progressing, Arum does not believe that a fight will happen.

“I don’t think it’s going to happen because, while Fury wants that to happen, I put myself in the shoes of Eddie Hearn and Joshua – and after losing to Usyk twice, the first thing you want to do is take him it’s back. in the ring and got him two matches where it restored his confidence. If he were to return to the ring now with Fury, it would be a massacre. “

The founder of Top Rank goes on to describe the proposed split as fair, but that of course wouldn’t matter if his thoughts on the all-England title battle were exactly.

“I think so [the purse split] is pretty fair, isn’t it? I mean, Joshua is not a champion anymore.”

“But again, let’s not dance – I don’t believe a Fury vs Joshua fight will happen this year because everything I know about boxing, from Joshua’s point of view, indicates that it won’t. out.”

Just as fans are getting ready for one of the biggest bouts for sure in UK boxing history, Bob Arum walks out to provide a reality check. The American promoter, assuming he’s still working in some capacity with Fury, poured cold water on him. on the negotiations continued to increase by the hour. 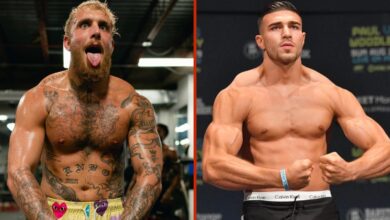 Limits on weight and number of rounds

Gervonta Davis and Conor Benn talk online: ‘Get the drugs out of them’ 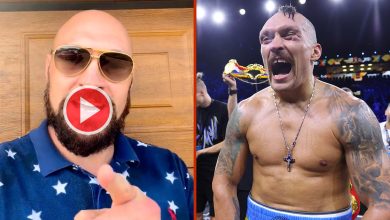 “I will erase you middle class” 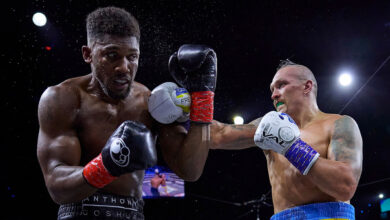 Dillian Whyte says Joshua ‘frightened’ against Usyk: ‘He hit himself’