UN, February 23 (IPS) – The political crisis is growing in Ukraine, which has worsened with the declaration of two new independent states – the Donetsk People’s Republic and the Republic of People of Luhansk – capable of demonstrating once again the ineffectiveness of the 15 members of the United Nations Security Council (UNSC).

The UN’s most powerful political body, whose main task is to maintain international peace and security, remains crippled by the threat of a double veto by Russia and its newly formed ally, China. against any sanctions or resolution that would condemn Russia for attacking Ukraine’s Sovereignty and Ukraine’s territorial integrity – and as a result in violation of the UN charter.

“Our world is facing the biggest global peace and security crisis in recent years – certainly during my tenure as Secretary General. The principles of the Charter of the United Nations are not a la carte menus. They cannot be applied selectively”.

He said the UN’s 193 member states had “accepted them all and they must adopt them all”.

“I am also concerned about the distortion of the concept of peacekeeping,” he said, criticizing the Russians, who claim that any troop movements in and around Ukraine are for “preservation” purposes. keep the peace”.

Andreas Bummel, Executive Director, Democracy Without Borders, told IPS that Russia’s invasion of Donetsk and Luhansk was a flagrant act of military aggression and a clear violation of the UN Charter.

He pointed out that President Putin has questioned Ukraine’s existence as an independent country. “Russia’s actions are clearly a violation of international peace and security, which should trigger international sanctions.”

He said it was unacceptable that Russia could use its veto in the Security Council to block an effective UN response or even condemn it. Since Russia is acting only in its own interest, using the veto power in this case is an abuse of this privilege, he noted.

Mr. Bummel said, the International Court of Justice (ICJ) in The Hague to consider whether such abuse can be reconciled with the Charter of the United Nations.

In addition, given the inability of the Security Council in this situation, the General Assembly needs to assume its sub-capacity as the highest organ of the United Nations.

In line with the principle of “United for Peace”, he pointed out, an emergency meeting of the General Assembly should be held to overcome Russia’s veto in the Security Council and demand sanctions or sanctions. such other measures as they deem necessary.

Speaking from the White House, US President Joe Biden condemned President Putin for his aggression against Ukraine, saying Russia’s actions were “a clear violation of international law and demanded a stiff response from the international community”. snake.

The US has imposed a new set of sanctions – especially against Russian oligarchs, their families and Russian banks.

“Who does Putin think in the name of God give him the right to declare a so-called new state on the territory belonging to his neighbours?” Biden asked.

In a speech to the nation, Putin declared that all of Ukraine was “made by Russia” and described the country’s pro-Western government as a threat to Russia.

“This has always been a deep-seated issue for the Council and makes it untenable, not only when veto powers are exercised, but also when they lurk in the background and act vandalism.”

In the case of Ukraine, he argues, the problem lies not only with today’s highly dangerous times but also with the long process of building a focus on the post-Soviet security architecture in Europe and the openness of the world. east of NATO.

In theory, he points out, this could be managed by the Council and a European security system being built that includes Russia. “Instead, we have witnessed a series of US moves that the Russians see, not unreasonably, as threatening.”

Meanwhile, the UNSC remains politically powerless because the veto power of the five major countries, the US, UK, Russia, China and France (P5), has always been a major obstacle in resolving some military conflicts. and civil war going on around the world. – whether in Afghanistan, Iraq, Syria, Libya or Yemen.

When asked about the deadlock and the possibility of a Russian veto, US Ambassador Linda Thomas-Greenfield said: “We get things done by interacting every day with other countries, because sometimes when the veto is not as strong as you might think when other countries are united in expressing their concerns”

Mandeep S. Tiwana, Program Director at CIVICUS, a global coalition of more than 9,00 civil society organizations in more than 175 countries, told IPS that the veto power of the permanent members of the Security Council is great obstacle in saving future generations. from the scourge of war as promised in the Charter of the United Nations.

P5’s call for selective outrage at military aggression, war crimes and crimes against humanity is a major obstacle to achieving peace in our time. Civil society groups have been lobbying vigorously for years to get the P5 to voluntarily give up their authoritarian veto, he said, to no avail.

Ironically, the P5, who are supposed to maintain international peace and security, continue to be the main producers and spreaders of weapons of war that cause major conflicts, he claimed.

Developing further, Paul said the Council is a wrestling ring, a stage for holding battles and staging arguments to win public opinion and media coverage.

The US was able to count on Britain and France most of the time and brought many of the elected members of the Council into line as part of this drama.

“So what we see today is a Council (as was often the case in the past) standing on the sidelines while other initiatives like the Franco-German effort take place outside the United Nations. We see Germany performing stronger than before, as Europe’s most powerful country. Europeans cannot use the Council, so they are using other means”.

Paul declared: “Vote power has always been the political ills of the Council.

In the 76-year history of the UN, the United States has exercised about 82 vetoes, and the Soviet Union 91, and its successor, the Russian Federation, about 28.

U.S. Ambassador Thomas-Greenfield, speaking at the Security Council Emergency Meeting on Ukraine, told delegates, that President Putin asserts that Russia today has a legitimate claim to all its territories territories – all territories – from the Russian Empire; same Russian Empire from before the Soviet Union, more than 100 years ago.

“That includes the whole of Ukraine. It includes Finland. It includes Belarus and Georgia and Moldova, Kazakhstan, Kyrgyzstan, and Tajikistan, Turkmenistan, Uzbekistan, and Lithuania, Latvia and Estonia. It includes parts of Poland and Turkey,” she said.

In essence, Putin wants the world to go back in time. To a time before the United Nations. A time when empires ruled the world. But the rest of the world has moved forward. It’s not 1919 but 2022, she added.

“We must all stand with Ukraine in the face of this blatant plot to seize Ukraine’s sovereign territory. There can’t be a fencer in this crisis,” she declared.

If the Security Council fails, a violation of the UN Charter should go to the International Court of Justice, Joint press serviceWednesday, February 23, 2022 (posted by Global Issues)

Destiny 2: The Witch Queen Preview - Puzzles wrapped in a mystery

Who is Charlotte Townsend? Endgame Actress - Meet her on Instagram 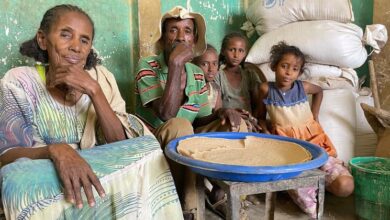 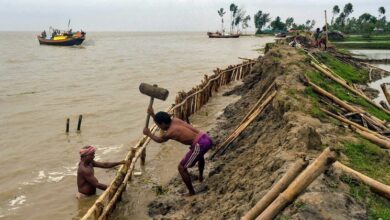 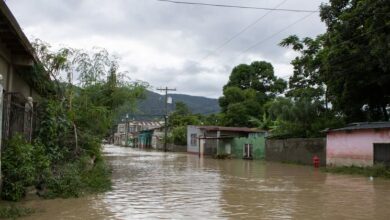