Hurricane Ian made landfall in Cuba early Tuesday after it strengthened to a Category 3 storm with 125 mph winds. The storm was forecast to strengthen further over warm Gulf of Mexico waters before reaching Florida as early as Wednesday as a Category 4 storm with top winds of 140 mph (225 km/h).

The storm made landfall in Cuba’s Pinar del Rio province, where officials set up 55 shelters, rushed in emergency personnel and took steps to protect crops in Cuba’s main tobacco-growing region.

The strengthening storm prompted a swath of hurricane and storm surge warnings in Florida and the first evacuations along the state’s west coast.

“Floridians up and down the Gulf Coast should feel the impacts of this,” DeSantis said Monday at the state Emergency Operations Center. “This is a really, really big hurricane at this point.”

The storm was about 105 miles southeast of western Cuba as of 11 p.m. Monday, moving north-northwest at 13 mph, according to the National Hurricane Center. It had maximum sustained winds of 105 mph, making it a Category 2 hurricane.

Tampa Bay was placed under a hurricane warning as of 5 p.m. ET. A storm surge warning was also in effect for much of the southwest Florida coast.

As of Monday, Tampa and St. Petersburg appeared to be the among the most likely targets for their first direct hit by a major hurricane since 1921.

Ian was forecast to intensify rapidly into a major hurricane, Category 3 or greater, as soon as late Monday, AccuWeather said. The storm could ultimately reach Category 4 status, which means sustained winds from 130 mph to 156 mph.

RAPID INTENSIFICATION: What does that mean?

Where is Ian headed?

Ian was forecast to emerge over the southeastern Gulf of Mexico on Tuesday, pass west of the Florida Keys late Tuesday, and approach the west coast of Florida on Wednesday into Thursday. The storm is predicted to slow during this period, the National Hurricane Center warned in an advisory.

“This would likely prolong the storm surge, wind and rainfall impacts along the affected portions of the west coast of Florida,” the advisory says, adding that “the roughly shore-parallel track still makes it difficult to pinpoint exactly what locations will experience the most severe impacts.”

Tampa mayor Jane Castor said she and local officials in her region fear “a near worst case scenario” following the latest report by the National Hurricane Center that predicts Ian may bring a storm surge of as much as 10 feet.

“We could handle the wind if it came through quickly, but … we are already saturated in the Tampa Bay area,” Castor told CNN. “And we have a unique situation geographically with the bay being very shallow.”

“It’s a near worst-case scenario for our area,” she said.

Hillsborough County ordered a mandatory evacuation of residents living in coastal areas, and those in trailer and manufactured homes, at 2 p.m. Monday, a decision impacting an estimated 300,000 residents.

Authorities in Cuba were evacuating 50,000 people Monday in Pinar del Rio province after announcing plans to evacuate 20 communities “in the shortest time possible,” according to state media. Officials also suspended classes, sent in medical and emergency personnel, and took steps to protect food and other crops in warehouses.

Forecasters predicted areas of Cuba’s western coast could see as much as 14 feet of storm surge Monday night or early Tuesday.

“Hurricane conditions are expected within the warning area in Cuba tonight, with tropical storm conditions expected by this evening,” the National Hurricane Center said in an advisory. “Destructive winds are possible where the core of Ian moves across western Cuba.”

Landfall in Florida likely for midweek

Florida’s north-central coast to nearly all of North Florida is inside the five-day Ian forecast cone. Landfall is increasingly likely in Florida midweek, AccuWeather said. Some evacuations were ordered Monday in coastal Hillsborough County, home to Tampa. The county suspended classes through Thursday to prepare schools to serve as shelters for evacuees.

Ian is expected to miss most of Cuba’s high, mountainous terrain that often disrupts tropical systems, allowing the storm to become a Category 4 hurricane. What happens next will depend largely on the track Ian takes, according to AccuWeather. A southward dip in the jet stream across the United States will help pull the storm northward and into the coast.

“Just how quickly this interaction happens will determine the track of Ian, as well as how strong the system is when it reaches land,” AccuWeather said.

WHAT IS STORM SURGE?:It’s often a hurricane’s deadliest and most destructive threat

DeSantis, who has issued a statewide state of emergency, said an additional 2,500 Florida National Guard members were being called into duty, bringing the total to 5,000. Two thousand more were being sent to Florida from nearby states. The state  is working to load 360 trailers with more than 2 million meals and more than 1 million gallons of water to prepare for distribution. Urban Search and Rescue Teams are ready to mobilize where needed, DeSantis said.

“There is going to be an interruption of power, so just plan on that,” DeSantis said. “The impacts are going to be far and wide.”

What is ‘rapid intensification?’

“Rapid intensification” is a process in which a storm undergoes accelerated growth: The phenomenon is typically defined to be a tropical cyclone (whether a tropical storm or hurricane) intensifying by at least 35 mph within 24 hours. Ian is predicted to fit this definition. The storm’s winds were forecast to approach 140 mph by late Tuesday.

Rapid intensification occurs when a tropical storm or hurricane encounters an “extremely conducive environment,” Colorado State University hurricane researcher Phil Klotzbach said. That typically includes very warm water, low vertical wind shear and high levels of midlevel moisture. Out of the nine hurricanes with winds of 150 mph or greater that struck the U.S. mainland over 103 years, all but one saw the explosion of force and power known as rapid intensification.

Property insurance crucial ahead of Ian

Those insolvencies have contributed to massive growth in the number of customers pouring into the state-backed Citizens Property Insurance Corp., which was created as an insurer of last resort. Crist says average property insurance premiums have risen from under $2,000 when DeSantis took office in 2019 to more than $4,200.

NASA will roll the Artemis I Space Launch System rocket and Orion spacecraft back into a building Monday after data gathered overnight “did not show improving expected conditions” for the Kennedy Space Center area, NASA said. The decision allows time for employees to address the needs of their families while also protecting the integrated rocket and spacecraft system. The launch, scheduled for Tuesday, was postponed because of the storm. Putting the spacecraft back into the Vehicle Assembly Building probably will further delay the launch.

Artemis is a first step toward establishing a sustainable presence on the Moon to prepare for missions to Mars.

WHAT IS THE SAFFIR-SIMPSON HURRICANE WIND SPEED SCALE?:Breaking down how we classify hurricanes.

How are theme parks handling Ian?

As Florida officials and residents watch the path of Hurricane Ian, theme parks in Central Florida are monitoring the weather and have cancellation policies  in case of a hurricane or tropical storm.

“We have plans and procedures for significant weather that are both time-proven and constantly updated. Everything revolves around the safety of our guests and team members,” Universal Orlando Resort spokesperson Alyson Sologaistoa told USA TODAY.

Busch Gardens Tampa Bay will be closed on Wednesday and Thursday.

The National Weather Service on Monday issued a hurricane watch along the west coast of Florida from north of Englewood to the Anclote River, including Tampa Bay. Florida Gov. Ron DeSantis declared a statewide state of emergency, urging residents to load up on food, water, medicine, batteries and fuel. He said it was too soon to determine when or where Ian will make landfall, but that evacuations may be ordered in coming days.

Bethune-Cookman University canceled classes Monday at its campus in Daytona Beach and said it would reconvene remotely on Tuesday.

“Expect heavy rains, strong winds, flash flooding, storm surge and even isolated tornadoes. Make preparations now,” DeSantis said Sunday. “Anticipate power outages. That is something that is likely to happen with a hurricane of this magnitude.”

STILL NO WATER OR ELECTRICITY: Voices from Puerto Rico after Hurricane Fiona

Category 4 storms can cause ‘catastrophic’ damage

If the storm struck as a Category 4 hurricane, it could cause “catastrophic” damage, and power outages could last weeks or months, according to the National Weather Service’s description of storms that strong. Areas can be uninhabitable for weeks or months, the weather service says.

“Even if you’re not necessarily right in the eye of the path of the storm, there’s going to be pretty broad impacts throughout the state,” DeSantis warned.

Heavy rainfall is expected to affect North Florida, eastern portions of the Florida Panhandle, and portions of the Southeast and mid-Atlantic regions into the weekend. Parts of west-central Florida will see the most: 8 to 10 inches across much of the area. Some parts could see up to 15 inches.

“Considerable flooding impacts are possible mid- to late week in central Florida given already saturated antecedent conditions,” the weather service warned. “Flash and urban flooding is possible with rainfall across the Florida Keys and the Florida peninsula through midweek.”

Limited flood impacts and rises on area streams and rivers are possible over northern Florida and portions of the Southeast mid- to late week.

AccuWeather meteorologists are warning that the storm could slam the west coast of Florida – an often-missed target. The U.S. database shows that about 160 hurricanes, excluding tropical storms, have affected Florida. Only 17 have made landfall on the west coast north of the Florida Keys.

Most storms typically travel northeast or northwest, not up the coast, AccuWeather senior weather editor Jesse Ferrell said. There is no record of a hurricane ever having tracked entirely up the west coast of Florida since records began in 1944. But Ian appears likely to take a “very unusual track,” he said.

Florida has been the target of recent storms that were hurricanes but were downgraded to tropical storms before landfall, Ferrell said. Elsa in 2021 made landfall west of Tampa, and Eta in 2020 made landfall north of Tampa in Cedar Key. Neither had the firepower close to a Category 3 storm, however. 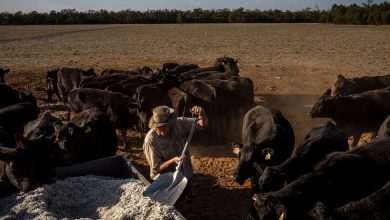 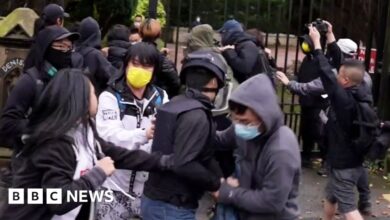 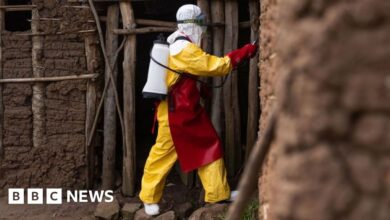 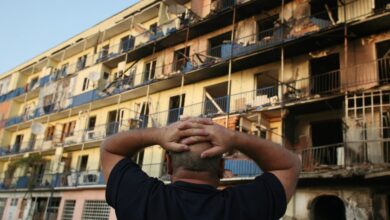