Via Jim Calfa: Gennadiy Golovkin will be back on Saturday night LIVE on DAZN against his rival Ryota Murata in what was supposed to be an action-packed competition in the middleweight division. The battle took place at the Saitama Super Arena in Saitama, Japan.

Still coached by Johnathon Banks, Golovkin looks to be in superb form for a boxer on a 15-month break since his last bout against Kamil Szeremeta in December 2020.

Golovkin has fought once a year since his loss to Canelo Alvarez, but he skipped a year in 2021 due to his match against Murata being moved from December to April because of COVID restrictions.

Assuming all goes well for the IBF middleweight champion, Golovkin (41-1-1, 36 KOs). In that case, he will beat WBA ‘Super Champion’ Murata (16-2, 13 KOs) and will be in battle position for the undisputed 168-lb championship against Canelo Alvarez on September 17. .

Murata had a real shot at winning Saturday’s bout, and it wouldn’t be surprising if he escaped sadness if Golovkin wasn’t the old boxer.

From the perspective of Golovkin in the last three skirmishes, Murata has a good chance of defeating him. Sergiy Derevyanchenko is credited with defeating Golovkin in their battle in October 2019, giving him more punishment than Canelo did in their two fights.

In Golovkin’s final fight against the little-known IBF mandatory Szeremeta, he looked slow and calloused, not the boxer he’d been in the past. Although Golovkin saved Polish boxer Szeremeta in the fourth round, that could be attributed to his opponent being a bit of an underdog.

Indeed, Szeremeta doesn’t appear to be in the top 15, let alone ranked #1 by the International Boxing Federation as a must-go opponent for Golovkin.

You have to wonder what went into the IBF organization’s thought process to give Szeremeta such a high ranking based on a victory over the little-known forage-grant opposition.

“I think this is a war that Murata is being looked down upon. Everyone has scheduled the match GGG vs. Canelo in September,” Rick Glaser told Fighthype.

“The trip continues for GGG. He is a road warrior. He fought all over the world. He is a global star. This is a united fight against another world champion,” said Tom Loeffler Sports artist KO about the unification war Gennadiy Golovkin vs. Ryota Murata this Saturday.

“We are very happy about that. If everything goes according to plan in Japan, then it looks like the fight with Canelo will happen in September. Canelo must be defeated. [Dmitry] Bivol, but we’ll see what happens.

“GGG is 100% focused on Murata. We don’t want to speculate what happens after that and we are looking for another unification fight for him.

“As I’ve told everyone on Twitter, he’s always ready to go to 168, as long as that’s the right fighting style. Canelo at 168, a great fight. If his move up is reasonable, then he should have no problem moving to 168.

“It had to be a bigger fight at 168 than at 160. That was something a lot of fans didn’t understand at the time. Murata is not lazy. He’s gotten a lot better since losing to Rob Brant, and he’s at the peak of his career.

“GGG has turned 40, so I think he still has a lot of strength inside of him, a lot of fighting inside of him. He lives a very clean lifestyle and is a great boxer. So I wish GGG a very successful year this year.

“I think Canelo waited until he thought it was safe to return to the seas with GGG. As I mentioned, he will be 40 this year, and Canelo is looking at the possibility that he can win the match without the help of the referees beyond the first two matches.

“We’ll see what happens, as I said. I don’t want to speculate too much about what might happen on the road. We focus 100% on Murata. Look, if GGG were to unify the middleweight championship, he’d have a big run. Every year, he has been a world champion since 2010.

“I respect Bivol, but I think Canelo is at the top of his game right now. He’s going to be too fast, too agile, he’s hard to hit, and I think speed will carry Canelo through that game. 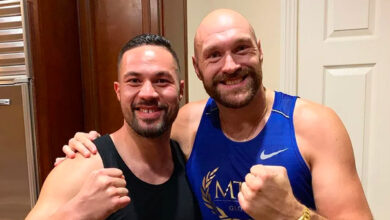 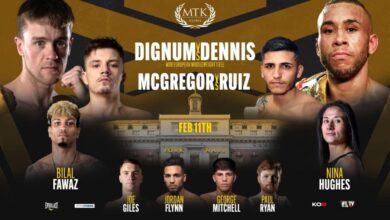 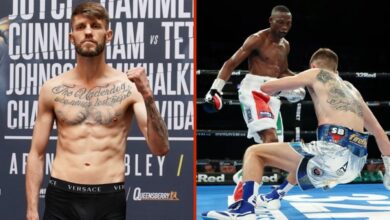 Cunningham asks for answers on his opponent’s failed test: What if I die?