Via Jack Tiernan: George Kambosos Jr says he wants to fight Gervonta’s ‘Tank’ Davis after witnessing him in his final title defense.

Tank (26-0.24 KOs) is scheduled to take on Rolando ‘Rolly’ Romero next month on May 28 on Showtime PPV at Barclays Center in Brooklyn, New York.

If Tanks and Kambosos win the next skirmish, they are freed up to fight it in a massive war on a pay-per-view basis. The only problem is that Tank probably won’t be open to the idea of ​​facing the Kambosos in Australia the way Haney does.

“The Light Division is the best division in the world, and thanks to my hard work, dedication, and discipline, I am the top dog,” said George Kambosos Jr. talk to Fighthype. “I’m still the underdog, but I’m the top dog, and that’s awesome.

“Tank is a very good fighter. I think he will completely destroy that guy [Rolando ‘Rolly’ Romero]. I’m not sure what his name is. Romero, who is that guy,” Kambosos said.

“Something is wrong, something is missing there. Billy Madison or Happy Gilmore, something’s wrong with him, man. He’s going to destroy him,” Kambosos said of Gervonta ‘The Tank’ Davis in his match against kt Rolly on May 28.

“I don’t really pay attention to that guy, but you see things pop up and who are you? Because you train at the Mayweather Boxing gym, you have to be someone. You are nobody,” Kambosos said of Rolly.

“You should have lost a few fights before [against Jackson Marinez], not that I watched the match, but everyone is saying on social media that you are given a decision. Tank should handle him pretty easily.

“That would be the end for him. You’ll never hear from him again,” Kambosos said of Rolly Romero. “I really enjoyed fighting the Tank. Like I said, I think he’s a good fighter.

“I was there to watch his game against Isaac Cruz in Los Angeles. So many holes, so many holes [in Tank]. We shall see. I’m focusing on a guy [Devin Haney] now. Kambosos said. 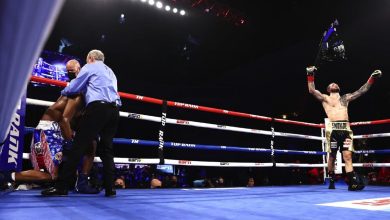 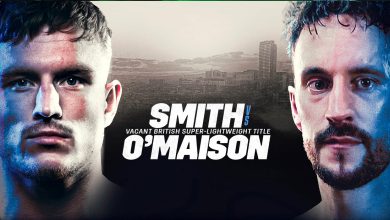 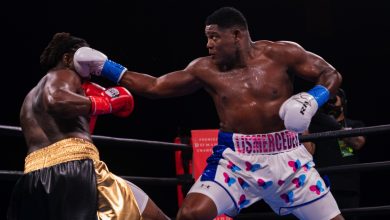 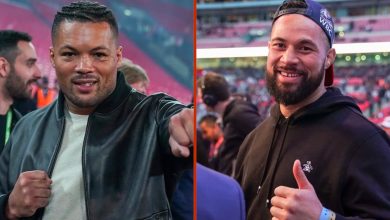 Joe Joyce-Joseph Parker is close to being approved