“It continues to be the cause of persistent inequality… denying people their basic human rights,” it added. Secretary General António Guterres in an address to the General Assembly, mark International Day for the Elimination of Racism.

Racism continues to poison institutions, social structures, and daily life in every society.

Realizing the vision of a world free of racism & racism requires action every day, at every level, in every society. pic.twitter.com/IK12F99X47

He argues that racism destabilizes communities around the world, “undermining democracies, undermining the legitimacy of governments, and creating an inclusive and sustainable recovery.” steady word COVID-19. ”

Celebrated annually on March 21, he describes the day as “both a day of recognition and an urgent call to action”.

The top UN official has drawn attention to the link between racism and gender inequality, pointing to the overlapping and intertwined discrimination that women of color and minority groups face. number suffered.

Furthermore, he continued, “no nation is immune from intolerance, nor from hatred.”

The ‘foundation’ of societies

This year’s theme – “Voices to Action Against Racism” – calls on everyone to listen closely, speak loudly and act decisively.

“We all have a responsibility to stand in solidarity with movements for equality and human rights everywhere. And we must extend solidarity to all people fleeing conflict,” said the UN chief, calling on the world to “speak out against hate speech – offline and online “.

He promoted the need to protect civic space by defending freedom of expression and assembly, describing it as “the foundation of pluralistic, peaceful and inclusive societies”.

We must listen to those experiencing injustice and ensure their concerns and demands are at the heart of efforts to dismantle structures of discrimination.

He made a case for “tough justice” to realize racial equality and substantive atonement for centuries of enslavement and colonization.

A just future, he said, requires mending the past of discrimination, consistent with international human rights obligations and commitments.

The head of the United Nations encourages nations to promote racial equity and equality through Declaration of Durban and Action Program; the International Convention for the Elimination of All Forms of Racial Discrimination; the Transformative Change Agenda for Racial Equity and Equality; and United Nations Permanent Forum on People of African descent.

He called for concrete action through policies, legislation and “more detailed data collection” to support efforts at national and global levels.

He reminded that the UN has launched its internal strategic action plan to tackle racism, which outlines concrete measures to tackle racism in the workplace through through accountability – where a Special Advisor and Steering Group will be appointed.

“Together, We are committed to ensuring that people of all races, ethnicities, colors, sexes, religions, creeds and sexual orientations enjoy a sense of belonging and safety.and have an equal opportunity to contribute to the success of our United Nations,” he said

Action is needed every day, at every level, in every society to achieve a world free of racism and racism.
“Let us unite around our common humanity and speak as one for equality, respect, justice and dignity for all,” concluded the head of the United Nations.

Presiding over the event, General Assembly President Abdulla Shahid, started by expressed His “deepest concern” is about the violence perpetrated against civilians, especially women and girls, in Ukraine.

As families continue to seek refuge and security in new locations, he said, “our thoughts are with the Ukrainian people.”

Mr. Shahid reminded participants that since its founding more than half a century ago, the de-segregation has continued to elude us.

Although the International Convention is nearing global ratification, he observes, “we continue to see an increase in hate speech, intolerance and racism, especially against minorities”.

“Our moral failure to eradicate apartheid is a failure of everything we stand for. in this Hall,” he declared.

The Council President drew attention to the long-term consequences of racism, noting that the COVID pandemic has exacerbated longstanding and fundamental inequalities that affect societies at large, including racism, racism, xenophobia and other forms of intolerance.

Many marginalized and vulnerable people, he said, have lost valuable interests over the decades, especially in their social, economic, civil and political lives.

“Let me be clear: Racism is a clear prejudice and prejudice arising from hate speech and hate propaganda.‘ Mr. Shahid spelled out.

Instead of acknowledging the beauty of diversity, he argues that racism breeds violence and reinforces inequality.

The Chairman of the Council said: “We can and we must do better. “We have a moral obligation to tackle racism in all its forms.”

Going forward, he encouraged national governments, civil society organizations and the private sector to “work together to eliminate apartheid”. 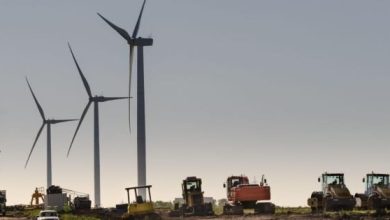 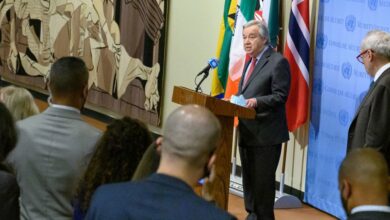 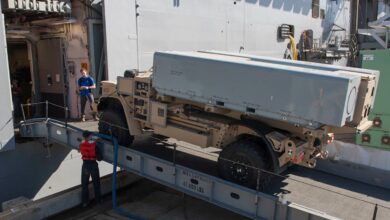 U.S. Marines evaluate the deliverability of their new ship-killing system