When the action role-playing Flintlock: The Siege Of Dawn was revealed in March, its cinematic trailer managed to evoke anything more than a bit of excitement. Then a gameplay reveal came up later at Summer Geoff Fest and it immediately slid into the “Cor, doesn’t this game look a bit cool?” section? category of my brain. Finally, another game suitable for A44, the studio behind minimalistic Ashen Brendy quite liked.

Excited when I got the chance to watch a half-hour in action game presentation at Gamescom this year and chat at the same time with A44 CEO Derek Holding. It was even better than I expected, to be honest, and I went with the belief that it might be one of the best Souls to come in a short while.

There’s no denying the Flintlock: The Siege Of Dawn’s Soulslike login. That is very like a Soul, and has all the signs of one: you build a currency (Reputation) when you defeat a monster, lose it all if you die, and restore it if you get the pot from where you die; there are intense duels; And for the story? The door to the afterlife has opened and the undead army of the Old Gods has risen, so you must put an end to all that by killing all the undead gods to make them more deadly.

Except that Flintlock doesn’t seem to fall into the trap many of its soul-like countrymen fall into, this is drilled so deeply into the war that it leaves a shallow puddle for the story, its inhabitants, and its people. things of the world (Thymesia isn’t bad by any means but a good example of this). Flintlock looks to combine greatness like saying, God of War, with the sensibility of a Souls game to create an action RPG closer to your triple A fare. I mean, Holding himself said that a good way to conceptualize the game is to see it as “somewhere in the middle” of God Of War and Elden Ring.

While you may be thinking, “Elden Ring is already a luxury Souls game, so why do we need Flintlock?”, you have to remember that while Elden Ring may be more accessible than its predecessors, but it’s still a confusing and punishing FromSoftware business. . Flintlock is clear in its instructions and sumptuous in its presentation, demonstrated to me for the first time on a quest to liberate the hamlet. Nor Vanek, along with her spirit squirrel Enki, defeated several possessed knights, with a Crusader with a large red health bar and a large shield.

The Crusader proved an uphill fight – if familiar – for Soul lovers, as it also didn’t have to flip and dash out of range of his swords, then counterattack with carefully timed attacks. kidney. Simultaneously, the Reputation gauge fills up at the top left of the screen, as Nor stops and Enki teleports and snaps at multiple heels. For the most part, combat looks responsive and satisfying. Blows of Nor’s ax has a strong impact, and the overall presentation reflects the style of God Of War, with interesting ending animations and a general sense of staged theater, as opposed to the Souls’ more complex patchwork.

Once the village was liberated, Nor wandered into a dimly lit hut only to discover Outlander, a multi-armed statue whose face was a tribal mask held aloft by a pair of hands. It asks Nor to give her some coffee, because resurrected undead creatures are often “obsessed with one thing,” Holding tells us. But more than that, they will tell us “rumors about the world and places you can explore”. And while we weren’t after what I imagine might be a minor side quest, Holding did show us through the caravans, which he describes as “”[Dark Souls] basically ignite a fire”.

The caravan we arrived at was a small barracks located along a cliff edge, with a few NPC friends and a cute little campfire. Again, we omitted any interactions with these people, but Holding mentioned that it functions not only as a checkpoint but also as a home. And when you build your relationship with people and help people, “their base gets bigger and more developed”. You will meet other caravans or allies in the field, who may also join yours. It’s a bit reminiscent of Vagrant’s Rest, the town in Ashen.

Later in the demo, Holding skips a fight with a big boss against a golden sentinel who recklessly slashes Nor in two with one of his giant greatswords. A fight ensues, in which Nor dodges attacks and gradually breaks his health bar with ax smashes. There are several passages where Nor has to dodge spectral missiles or jump through magical slashes, and the second phase is more difficult, according to that. I think Enki was flying around and doing everything, although his impact was like Atreus in God Of War: it looked like nothing, but probably did something.

For all the talk of boss fights and Souls, A44 wants Flintlock to be accessible to all. You can raise the difficulty to “Owner Mode” to make it extremely serious, or keep it balanced by lowering the difficulty, if you like. The hold also expands a bit across the skill trees, is “really wide” and allows you to dive into magic by powering up Enki, using your black potion and guns, or pouring everything into swinging your ax. There are also ways to “get through things around the world,” says Holding, whether it’s using Napoleonic-era military commandos to “blow up targets and change the shape of the world.” “, or Enki, whose magic triangles will “magically propel you through the world”. And so is Nor himself, who can move through levels and use environmental things like explosive barrels to gain an advantage in battles.

Seriously, Flintlock: The Siege Of Dawn really impressed me at Gamescom and I really believe it could be a real hit when it comes out early next year. That’s because it’s a Soulslike that will cater to players who want a more cinematic experience with more triple A’s, while still looking for Souls veterans who want those tough encounters. 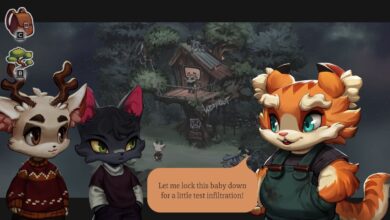 Beacon Pines review: a successful cozy horror adventure game based on the strengths of its characters 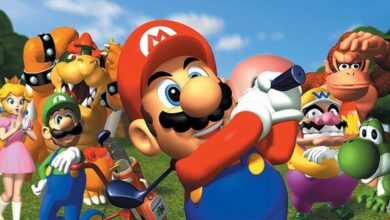 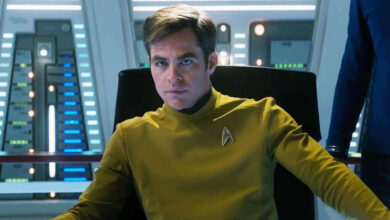