Ten people have been killed and nine injured after a fire broke out at an apartment building in Xinjiang, a remote region of western China, officials said, where coronavirus lockdowns have causing many residents to stay indoors for more than three months.

The fire started on the 15th floor of an apartment building in the Jixiangyuan neighborhood of Urumqi, the capital of Xinjiang, on Thursday night, the city’s Fire Department said. Flames then engulfed the upper two floors, with smoke rising higher, the department said on its official account on Weibo, a Twitter-like social media platform.

State media reported that the fire was started by an electrical outlet that caught fire in a bedroom on the 15th floor. Firefighters extinguished the blaze about three hours later, the report said. Authorities said the dead and wounded who were taken to the hospital had inhaled toxic fumes.

The fire has raised a flurry of questions on Chinese social media about whether Covid restrictions are hindering rescues or preventing people from escaping their apartments or buildings. Much of Xinjiang, a region of 25 million people, has been under lockdown for more than 100 days as part of the government’s drastic response to the Covid-19 outbreak. In some cases, the lockdown has put residents in serious predicament, with trouble secure food and other necessities, like medicine and menstrual supplies.

State media said the Jixiangyuan neighborhood where the fire occurred was a “low-risk management” area, a form of blockade that allows residents to leave their compound as long as they self-monitor and Avoid large gatherings.

But many Chinese internet users were skeptical of the official account. They have shared what appear to be screenshots of conversations between the government and residents of the Jixiangyuan community showing that the compound has recently been placed under a more stringent level of lockdown, which could making it harder for residents to get to a safe place.

Chinese commentators also pointed to video footage of what appeared to be efforts to put out the fire as evidence that the lockdown had stalled the effort. Footage shows pressurized water from a fire hydrant spewing out of reach of the burning building, suggesting that fire engines may not have been able to get closer to the building because of the community lockdown.

The accounts circulating on social media cannot be verified immediately. Xinjiang is an ethnically divided region that is under intense government repression targeting the Uighurs, Kazakhs and other largely Muslim minorities. Residents, especially those of Uighur descent, often face retaliation for speaking to foreign media.

But descriptions of residents who may be under lockdown in their homes or properties fit a broader pattern of how such lockdowns are enforced in many parts of the country. Temporary barriers and latched doors have become key features in an effort to prevent people who may have been exposed to the virus from leaving their rooms and buildings.

Contacted by phone on Friday, an officer at a nearby police station in Urumqi said they had no comment and referred reporters to official announcements. Other neighborhood employees contacted by phone also declined to comment.

Uighur activists outside China, who have sought to draw attention to the long-term detention of people in Xinjiang, say the tragedy points to the failure of the government. right to protect the people.

“People are not allowed to go out easily without government permission,” said Tahir Imin, a Uighur scholar in Washington, DC. They have shown that they do not care about the lives of the Uighurs. How can’t the Fire Department control this in three hours in a country like China with all the vehicles, equipment and people?”

Online, Chinese netizens expressed anger and grief, sharing posts with headlines like “Last night’s fire in Urumqi was a nightmare for all Xinjiang people.” They circulated black-and-white images calling for a minute of silence to “express our deep condolences to the 10 compatriots who lost their lives in the fire in Urumqi.” Some residents donated their apartments to families who lost their homes to the fire.

Questions about the cost of China’s zero-tolerance approach to the fight against Covid are posing challenges for China’s leader, Xi Jinping, as he enters a third term defying precedent ruling. Anger over the lockdown, as well as widespread fear of the virus, has fueled big rally over the past two weeks by thousands of workers in the southern city of Guangzhou and at Apple’s largest iPhone factory, in Zhengzhou, central China.

China is grappling with a rise in Covid-19 outbreaks, with infections across the country rising to record highs – although still low by global standards. Friday’s tally of nearly 32,700 cases, of which nearly 1,000 were recorded in Xinjiang.

The Urumqi fire is the second major tragedy reported this week. On Monday, a fire in the factory operated by an industrial equipment manufacturer in Henan province killed 38 people, in one of the deadliest fires in years.

Cai Weida, a lawyer and fire safety expert in China, said: “In recent years, it is very rare for fires to kill more than 10 people. Mr. Cai said that considering the small size of the fire, the response of the Fire Department was unusually slow. He attributed the delay to the lack of space for fire trucks to move, the particular challenges of high-rise fires and “road barriers”. 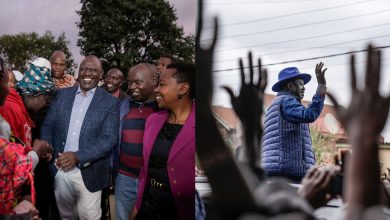 Voting Is Over in Kenya’s Election. Here’s What Comes Next 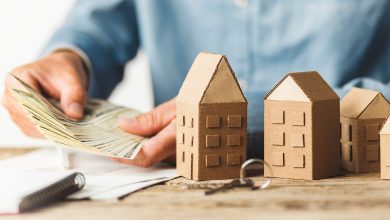 Should you refinance your mortgage? 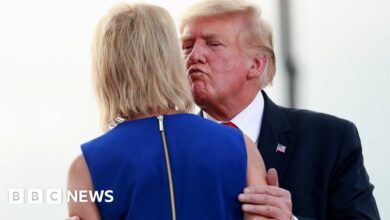 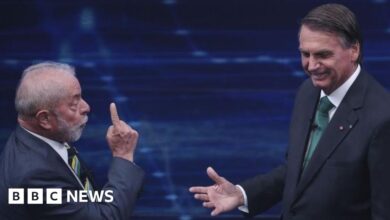 Brazil's Bolsonaro and Lula battle it out for top job