Twitter, in an effort to make the social media platform more accessible to all users, has shared plans to introduce a transcription feature in September 2020. The company wants to add audio recordings as well. audio and video (for photos and videos) to make micro-blogging more accessible to blind or hearing impaired users.

Transcription for audio and video is part of our larger plan to make Twitter accessible to all people across America… https://t.co/D8sw8Ksegu

Initial, Twitter started testing captions for Tweets by voice in July 2021, the company has now rolled out this accessibility feature to all users.

We’ve taken your feedback and we’re doing the work. To improve accessibility features, captions for Tweets by voice will be… https://t.co/YthHDYiQdP

The feature also adds a new image description prompt that will encourage Twitter users to contribute by adding detailed image information that can help visually impaired users make sense of uploaded images.
What is that Twitter Alt Text?
Digital Image Description or Alt Text is an opt-in outreach feature on Twitter that requires users to add a description while adding a photo to their tweet. This feature has been rolled out globally to all platforms (web and mobile) and may be set as default in the coming days.

Currently, users can enable the feature from the accessibility options in Setting and privacy menu. Once activated, this new image description prompt feature will require users to add alt text to every image they upload and share on Twitter.
The Importance of Alt Text
This feature is designed for users who are blind or have low vision, and describing images can help them improve their social media experience. The company even mentions that the feature is not only important for users with screen readers, but could also help those living in low-bandwidth areas and those using feature phones.
Twitter has also asked users to keep alt texts more focused, and mentioned: “grasping what’s important, succinct and objective.” The company has also provided some examples on how to write apt image descriptions.

Photos that have been uploaded with alt text will appear with an “ALT badge” in the lower left corner to identify what includes an image description. Twitter even translates alt text into different languages ​​for users around the world to benefit from this feature.
Other accessibility features recently implemented by Twitter include – closed captioning feature. Previously, in June, the company added a subtitle toggle button for all iOS and Android user. Tapping the “CC” button (on videos with subtitles) will allow users to view subtitles for audio chats on Space and Voice Tweet. This feature is very useful for users with hearing impairments. 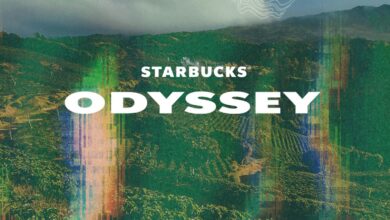