“Our world is facing the biggest global peace and security crisis in recent years – certainly during my tenure as Secretary General,” speak.

After cutting short a foreign visit that included “a very important summit of African leaders”, the UN chief told journalists that “We are faced with a moment that I really hope will not come. ”

He highlighted reports of an increase in ceasefire violations across the lines of communication and “the real danger of further escalation on the ground”.

And the Secretary-General drew attention to the “safety and well-being” of all those who have suffered “so much death, devastation and displacement”.

“Let me be clear: The decision of the Russian Federation to recognize the so-called ‘independence’ of some regions of the Donetsk and Luhansk regions violates the territorial integrity and sovereignty of Ukrainethe top UN official spelled out.

Such a unilateral measure, he argues, is not only in direct conflict with the principles of uncharted but also not suitable for the so-called Declaration of friendly relationship of the General Assembly, which International Court of Justice has repeatedly been seen as representative of international law.

‘Death blow’ to the Minsk agreements

He also emphasized that “the principles of the Charter of the United Nations are not a order menu.”

“They cannot be applied selectively. Member states have accepted them all and they must apply them all,” stressed the head of the United Nations.

Mr Guterres then drew media attention for what he called “a distortion of the peacekeeping concept”.

Expressing pride in the achievements of UN peacekeeping operations “in which so many Green Helmets have sacrificed their lives to protect civilians”, he reminded that when one country’s troops enter another state’s territory without that country’s consent, “they are not impartial peacekeepers”.

“They are not peacekeepers at all,” the top UN official attests.

He reminded reporters that the Organization continues to support the people of Ukraine through humanitarian activities and human rights efforts.

At this critical juncture, he called for an “immediate ceasefire and the re-establishment of the rule of law”.

“We need restraint and reason. We need to de-escalate now“, the head of the United Nations said, calling on all “to refrain from actions and claims that could bring this dangerous situation to the brink”.

Back to dialogue, negotiation

“It is time to return to the path of dialogue and negotiation. We must rally and together meet this challenge for peace, and save the people of Ukraine and beyond from the catastrophe of war,” Guterres said.

“I am fully committed to all efforts to resolve this crisis without further bloodshed“.

The Secretary-General reiterated that his good offices are always ready and will not stop looking for a peaceful solution. 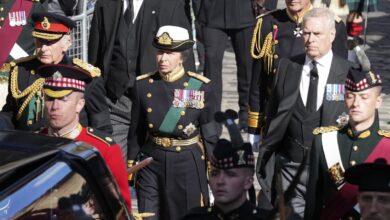