Denise Van Outen admits she thinks Davide Sanclimenti is ‘anxious’ around her.

The TV presenter, 48, appeared alongside Love Island winners Davide, 27, and Ekin-Su Culculoglu, 27, on The Big Breakfast on Saturday.

Denise couldn’t help but point out that the Italian had left quite a gap between them on the couch during the interview. 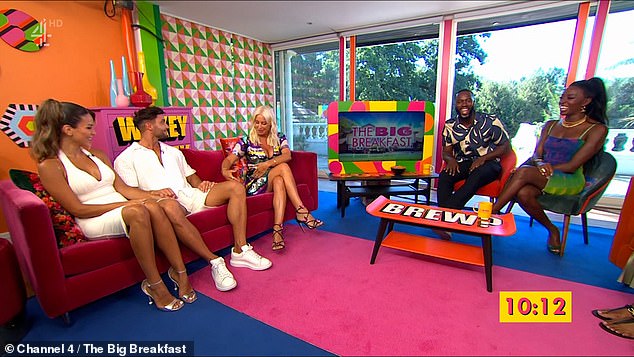 Interview: Denise Van Outen admitted she thought Davide Sanclimenti was ‘anxious’ to be with her during an appearance on The Big Breakfast on Saturday

She told hosts AJ Odudu and Mo Gilligan: ‘I think he’s a bit worried about me. Did you notice how he left me? ‘

Denise then ran over to the sofa to be right next to Davide and said: ‘That’s how you start your morning.’

Davide looked a bit confused by the exchange and laughed without saying anything.

Ekin-Su and Davide were asked about their plans for the future and whether they plan to move in together. 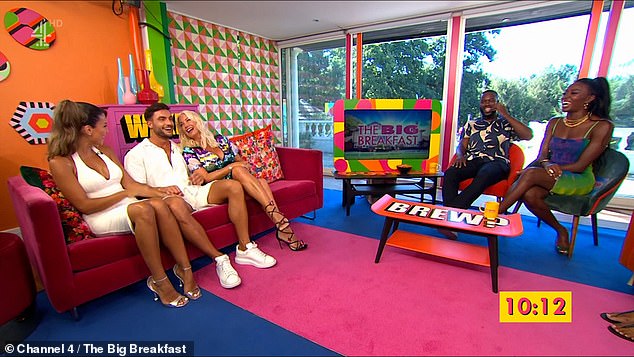 She told hosts AJ Odudu and Mo Gilligan: ‘I think he’s a bit worried about me. Did you notice how he left me? ‘

Ekin-Su says: ‘We can’t answer that question yet,’ as Davide asks: ‘Move in together?’

AJ then asked: ‘Why?’ with Denise joking, the pair presumably agreed to a ‘magazine deal’.

Elsewhere in the interview, the couple revealed they will be joining their own reality show. 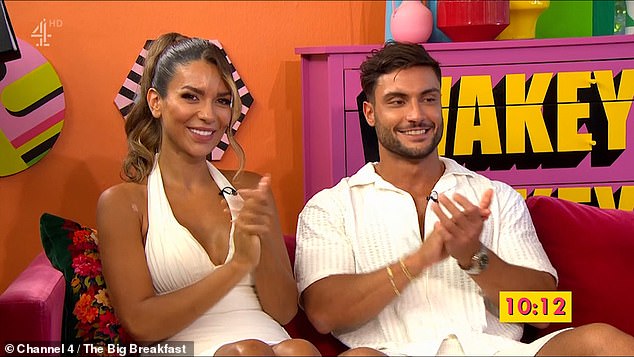 Next step: Elsewhere in the interview, the couple revealed they’ll be starring in their own reality show

The couple revealed they will be filmed by ITV2 cameras as they embark on trips together to their native countries, Turkey and Italy.

Soap actress Ekin-Su joked that the pair would ‘fight and cook’ for the audience, claiming the show would be a “blending of two cultures”.

Davide said: ‘I can say this. We will be doing a trip to Italy and Turkey so one week in Italy, one week in Turkey. We will be on ITV2 so it will be like our own show. ‘

Davide concludes: “We’re going to meet the family, it’s going to be great,” before host AJ Odudu told them: “You guys are going on the trip and we’re going with you! “ 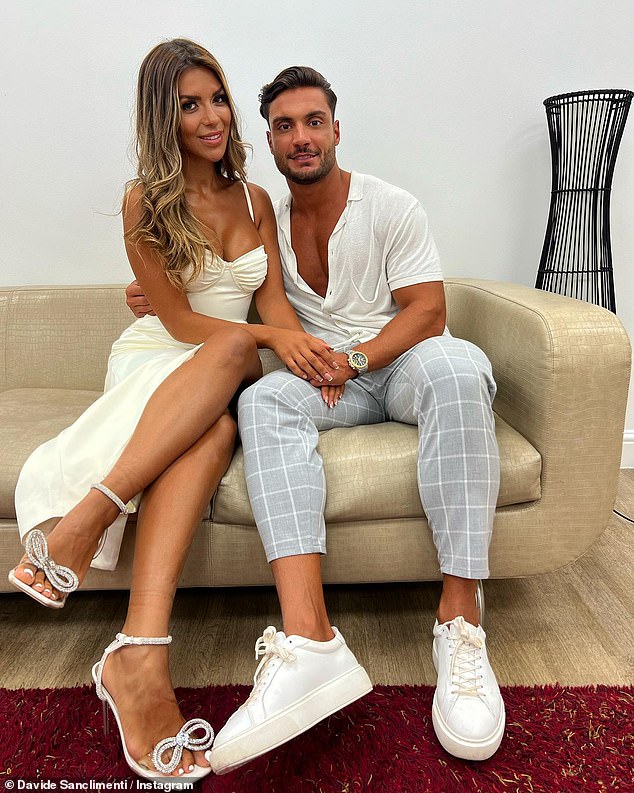 Exciting: The Love Island winners, both 27, revealed they will be filmed by ITV2 cameras as they embark on road trips together to their native countries, Turkey and IDEA 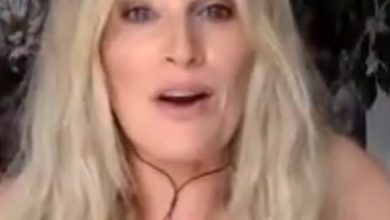 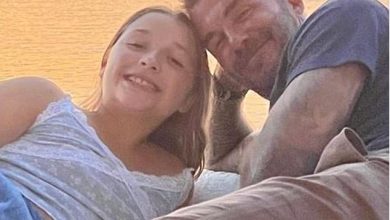 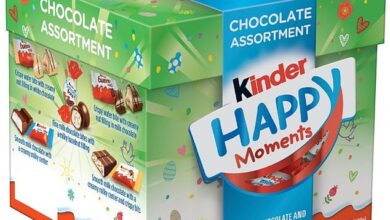 Kinder chocolates recalled in the US due to possible salmonella contamination