“We do not make these decisions, which means that as owners and myself, we do not make these decisions easily,” Lukas said. “We look at all those things. First of all, you want to totally think you’re as good as any other 3-year-old can come out, and you really don’t know who’s going to show up. And then secondly, you consider that she is at home. If you’re going to step out of the box, that’s probably a good point to do it. She was successful on this track. The third one is $1.25 million which is probably the most attractive purse she has ever run for. The other day, I thought it would be hard to imagine her running for a larger, much-anticipated Breeders’ Cup. So we calculated that. “

After the Arkansas Derby, the plan for the Vow of Secrets still has the potential to be a throwback against her own gender during the May 6 GI Kentucky Oaks at Churchill Downs.

“I have cows anyway,” says Lukas. “That’s where I’m going. We are not planning to run in the Derby now. It wasn’t carved out of stone either, but that was how the Mitchells felt. They don’t want to run in a field of 20 horses. They feel like the Oaks have a bit of a reputation as well. “

With the Secret Vow towards the Arkansas Derby, the stable friend The path of purity (Quality Sugar), second in GII Rebel S. February 26, will be rerouted to Toyota Blue Grass S.

In other news from the sophomore department at Oaklawn Park, We who (Organization), tab a ‘Rising star TDN’ Following his subsidized win in Arkansas on Saturday, will now be targeted for a prep race for the Kentucky Derby, according to coach Rodolphe Brisset.

“That was the whole plan, maybe a little bit of spice, some experience,” Brisset said. “He broke maybe a step slower than last time and then he didn’t take the lead. But Flo [Geroux] got him into the race pretty well and let him do his thing. He didn’t use a whip, made him work over the rope and even added sixteen. Now, we’ll see how he got out of it this morning and over the next few days we’ll have to do some planning, I guess. “

Among the possible targets for We The People are the Arkansas Derby and Blue Grass, but Brisset has not ruled out the April 9 GI Santa Anita Celebration or the GII Wood Memorial.

“Oaklawn is right in the middle, so we can go left or we can go right,” Brisset said. “But I think we’ll let the horse speak to us. The next three weeks for the Arkansas Derby could be a bit complicated, but then we’ve got five weeks for the big game if he runs 1-2. Four weeks, four weeks isn’t a bad thing for Blue Grass either. Now, we have to move him home. He knows the way there.” 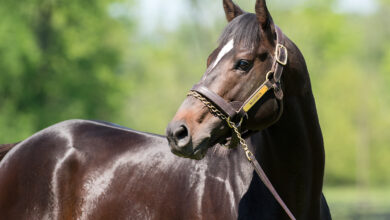 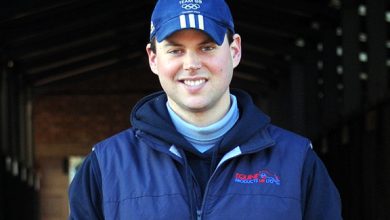 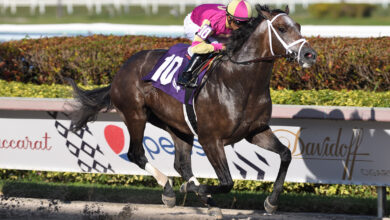 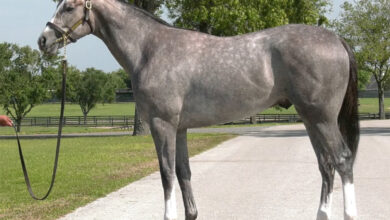