Warren Buffett’s conglomerate bought $5 billion in shares of the company in the recent quarter amid a sell-off that wiped more than $250 billion off the stock. It did not comment publicly on the deal but market watchers attributed the purchase to TSMC’s cheap pricing, technology leadership and solid fundamentals.

Berkshire’s purchase, along with a similar move by Tiger Global Management LLC, could show value emerging in the chip industry after a tumultuous period marked by slowing demand and US tensions. -Central. A growing number of Wall Street banks are reaffirming bullish expectations for TSMC, with analysts at Morgan Stanley saying the stock has reached a “good entry point.”

Andy Wong, fund manager at LW Asset Management, said: “With its superior technological leadership, TSMC is a big long-term value game if you look past the semiconductor drop cycle. present. “Buffett may be investing in growth over the next decade with growing demand from IoT, renewable energy and automotive.”

TSMC shares have risen about 10% in Taiwan since Berkshire’s acquisition was revealed last week. Morgan Stanley said it is trading below valuation in a bear cycle with a 30% to 40% discount on geopolitical risk, according to a Nov.

The stock has a valuation multiple of about 12.6 times based on estimated earnings for next year, according to data compiled by Bloomberg. Goldman Sachs Group Inc. estimated that it was the lowest of the 10-year average. The company is cheaper than most members of the Philadelphia Stock Exchange Semiconductor Index, which tracks the largest chip companies listed in the United States.

“We expect TSMC to continue to demonstrate its resilience against its peers during the industry downturn due to its outstanding execution,” Goldman analysts wrote. In a November 16 note, they added: The valuation is attractive and the company is best positioned to capture the industry’s long-term structural growth in 5G, artificial intelligence, computing high performance and electric vehicles.

TSMC also has another advantage: it has achieved double-digit sales growth and a 50% higher gross margin this year even though the sector is slowing. This has limited the stock’s year-to-date loss to 21%, helping it outperform peers like Micron Technology Inc. and SK Hynix Inc.

The Taiwanese company’s history of healthy cash flow and steady dividends could also help attract Buffett, according to analysts.

Phelix Lee, equity analyst at Morningstar Asia Ltd said: “TSMC (and other foundries) have both suffered large capital expenditures in the race for technology/capacity leadership, but history gives see TSMC has managed to generate significant cash flow despite the capital investment.” He added that the company has a record of paying dividends since the 2000s.

The stock’s latest dividend yield is 2.6%, higher than Micron’s 0.8% and almost on par with SK Hynix, according to data compiled by Bloomberg.

However, while Buffett’s bet has boosted retail sentiment in the stock, stocks may continue to fluctuate in the short-term due to geopolitical risks and inventory adjustments in the chip industry.

The semiconductor sector is at the center of a growing rift between the US and China as the two nations vie for leadership in the global tech industry. Washington has imposed enhanced sanctions on high-end chips made for Chinese customers, specifically to prevent them from falling into the hands of the Chinese military.

To reflect the risks, analysts have reduced their average target price for TSMC’s stock by about 30% since February. Its US-listed shares have fallen more than 30% this year, matching the decline in the global semiconductor benchmark.

Jason Su, fund manager at the Cathay Taiwan 5G Plus Communications ETF, said: “Investors are worried about higher-than-usual inventories and there are no signs of abating yet. “Companies including TSMC previously said they expect inventory adjustments to continue into the first half of next year,” he said, adding that chip stocks are likely to recover after The inventory adjustment is complete. 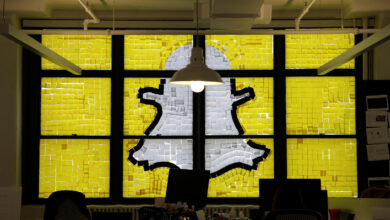 Snap ‘may have to go deeper’ in laying off workers, analyst warns 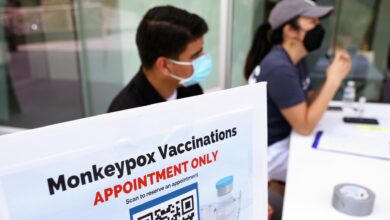 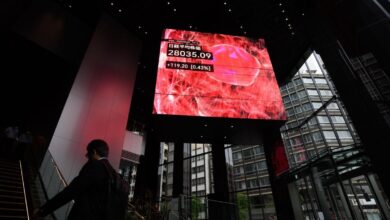