There’s no better way to stretch the imagination than by immersing yourself in alternate universes with a great virtual reality headset. Between gaming, simulations and even fitness, VR has cemented itself as the future of digital interaction. Add the promise of the metaverse to the equation and VR will likely change how we interact with each other forever.

VR headsets range from affordable, standalone devices to high-end options designed to work with a powerful gaming PC. To help you find the best VR setup for your virtual journeys, we tested five leading models, spending weeks gaming, watching TV and even working in VR, and after all that we think Meta’s Quest 2 is the best VR headset out there.

After spending a few years with the Meta Quest 2, it’s easy to understand why 14 million people have bought one. The Quest 2 isn’t just affordable and easy to set up — it’s a blast to use. And since it was released in 2020, Meta has added better hand tracking, voice commands, higher refresh rates for smoother visuals and wireless PC connectivity, all making it a better deal than ever.

Weighing a little over 1 pound, the minimalist Meta Quest 2 is simple to fit and comfortable to wear, no matter how long your VR sessions run. The Meta Quest 2 has an onboard power button, volume rocker, 3.5mm headphone jack, USB-C port and a small LED light to display battery life.

Once you place it on your head, the Quest 2 is easy to set up. Users aren’t required to have a Facebook account (Meta dropped the requirement, which was one of the biggest initial complaints about the original release of the Meta Quest 2). Every time the headset is powered on, it prompts you to set up a virtual boundary (called your Guardian) using the onboard cameras so that you won’t bump into anything in the real world while you play.

While the Quest 2 works as a standalone unit, you can use either a Quest 2 Link USB-C cable or connect wirelessly via Meta’s AirLink technology to play higher-fidelity VR games if you have access to a more powerful gaming desktop or laptop. This opens up the ability to not only play Oculus titles like Medal of Honor: Above and Beyond and Asgard’s Wrath, but also enjoy the full suite of apps available through SteamVR too (the overall visual experience isn’t quite as good as with the more expensive Valve Index, but it’s still convincing and immersive).

All of the games available on the Meta Quest 2 are enhanced greatly by the included controllers, which are lightweight and have comfortable button placement, quick responsiveness and adequate battery life. Expect accurate hand movements when working out on Supernatural or playing games with more intricate physical interaction like Half-Life: Alyx. It’s as good an experience as we found with any standalone unit, and improving on it means stepping up to something like the Valve Index, which has superior controllers but costs much more and requires an expensive gaming PC.

Though the visuals don’t reach the levels of PC-powered VR headsets like the Index or the HTC Vive Pro 2, the nearly three-year-old Meta Quest 2 still has respectable tech specs. With a Qualcomm Snapdragon XR2 processor and 6GB of RAM, the 1832 x 1920 per-eye resolution looks impressive on games like Resident Evil 4 and The Walking Dead: Saints & Sinners. Though games and the overall user interface can suffer from occasional frame rate drops, performance was generally fantastic throughout our testing with the Meta Quest 2. Audio sounded pretty good as well, whether we used the internal speakers or connected our own headphones to the 3.5mm headphone jack.

The only real issue with the Meta Quest 2 is the short battery life. We got two to three hours out of a charge while testing, depending on the intensity of the application. Charging the 3,640mAh battery to full takes around the same time. That said, since the recommended time to spend in VR is only around an hour anyway, this isn’t too much of a problem in real-world use, but frequent users should keep it on a charger when it isn’t in use.

It’s also worth noting that, as of August 2022, the Meta Quest 2 will cost $399 for the 128GB version and $499 for the 256GB model. This is both disappointing and perplexing — Meta attributes the price bump to rising production costs and the promise of future improvements, but it’s extremely rare to see any piece of hardware increase in price after a few years on shelves. Even so, the Quest 2 is still one of the most affordable headsets on this list once you factor in the new price (the PSVR is cheaper, but requires a PlayStation), and we still think it’s the best option for most people thanks to its ease of use and fantastic software library.

An extraordinary audio/visual package, the Valve Index is the PC-based VR headset to get thanks to its excellent “knuckle” controllers and wealth of great software on SteamVR. It certainly helps that the excellent Half-Life: Alyx is included for free.

PC gamers that are put off by the Valve Index and HTC Vive Pro 2’s higher price points and want something more powerful than the Meta Quest 2 should try HP’s Reverb G2. Expect an easier setup than other PC options, alongside an impressively high per-eye resolution.

Until Sony reveals the pricing and release date for the PlayStation VR 2, the original PSVR is a wonderful option for PS4 and PS5 owners looking to step their toes into VR. From impressive first-party titles to a handy cinematic mode for playing non-VR games and movies in a theater-like setting, there’s still much to appreciate with this headset.

Featuring a high 2448 x 2448 per eye resolution within a seriously comfortable design, the HTC Vive Pro 2 is a worthy option for individuals with deep pockets. Unlike its PC-based competitors, the Vive Pro 2 offers add-ons such as body tracking and wireless functionality — if you’re willing to pay an extra fee.

Some VR headsets require a gaming PC, while others are standalone units. Tethered models typically can run more processor-intensive games, support higher-resolution graphics and have better resolution, but they are harder to set up and more costly. Standalone units are less expensive, easier to use out of the box and don’t require any extra components. Our favorite standalone model, the Meta Quest 2, does support Quest Link for a more traditional PC gaming experience though, and some connected headsets can be used wirelessly; for example, a wireless kit is available for the HTC Vive Pro 2.

To use a PC-based VR solution, you’ll need a gaming console or powerful enough gaming rig. That means at least an Intel i5 or AMD Ryzen 1500 equivalent CPU, as well as an Nvidia GTX 970 or AMD RX 480 equivalent graphics card. The headsets are more expensive too, ranging from the $519 HP Reverb G2 to higher-end headsets like the HTC Vive Pro 2 and Valve Index that go well into the $1,000 range. Standalone models like the Meta Quest 2 cost less than $500.

Input is a huge part of the VR experience considering the amount of movement and prompts many games require. The Meta Quest 2 and HP Reverb G2 use similar controllers that feature three buttons, a thumbstick, a trigger and a grip on each controller in addition to things like accelerometers for motion tracking. This is probably the best way to ease console gamers into the experience — unlike the PlayStation Move or HTC Vive Controllers, which aren’t adequate for complex games due to a lack of inputs like thumbsticks. At the top of the VR controller heap are the Valve Index Controllers, which are pretty much the best money can buy with their excellent “knuckle” hand positioning, great button placement and rechargeable battery.

Immersion in VR comes from how convincing both the audio and visuals are. On the visual quality level, resolution and refresh rate are important factors besides other things like field of view. Resolution describes the number of vertical and horizontal pixels that can be displayed on a screen. The higher the resolution, the clearer the image quality. Refresh rate is how quickly the image can update on the screen. This means the higher the refresh rate, the smoother the image quality can be. On the lower level due to its standalone form factor, the Meta Quest 2 has an 1832 x 1920 per eye resolution with a 120Hz refresh rate which is respectable for what it can do. On the other hand, the PSVR is tied to aged hardware with a 960 x 1080 per eye resolution. The HTC Vive Pro 2 with its 2448 x 2448 per eye resolution represents the higher end of the spectrum.

How quickly you get to enjoying VR comes down to the setup. As mentioned previously, the Meta Quest 2 is a standalone device that can be hooked up to a gaming PC, but many users will likely use it wire-free. The only thing users have to do is set up a Meta account (separate from a Facebook account) and that’s about it. PC-based VR and PSVR have more complicated setups. The HP Reverb G2 is the easiest tethered headset to set up, as it just needs to be hooked directly into the rig and that’s about it. Other tethered headsets like the HTC Vive Pro 2 and Valve Index also require at least two tracking sensors to be set up across from one another. PSVR owners have to connect the device through a processor box between their PS4 or PS5 and TV in addition to needing a PlayStation Camera.

A VR headset isn’t worth much if there isn’t any software available to play around with. Apps for various headsets usually fall into several categories including games, fitness, productivity and social.

When it comes to library size, The Meta Quest 2 has a lot going for it. There are hundreds of titles that average from free to around $39 alongside exclusive apps. This includes more traditional gaming experiences like Resident Evil 4 in addition to subscription-based fitness apps like Supernatural and FitXR. Through Quest Link connectivity to a gaming PC, the Meta Quest 2 can play larger Oculus games like Medal of Honor: Above and Beyond or use SteamVR for Half-Life: Alyx.

Users who want to go the PC-based tethered route can access Oculus games through a Steam add-on called Revive, which worked fine on the Valve Index and HTC Vive Pro 2 but not so well on the HP Reverb G2. Buyers who are looking to experiment with a variety of VR games without paying full price can subscribe to Viveport Infinity (which supports all PC-compatible options) for a monthly subscription price of $12.99. When it comes to PSVR, Sony has all but abandoned development on games for its older headset as it prepares to launch its PS5-compatible PSVR2 sometime in the next few years.

Our testing regimen for each headset lasted a little over a week. Some of the games tested included Medal of Honor: Above and Beyond, Asgard’s Wrath, Cooking Simulator VR, Space Channel 5 VR and Half Life: Alyx when utilizing the HP Reverb G2, Valve Index, HTC Vive and Meta Quest 2 via Quest Link. Games tested on the PSVR include Farpoint, Blood & Truth and The Walking Dead: Saints & Sinners. When testing the standalone Meta Quest 2 headset, we tried out software including Arizona Sunshine, Thrill of The Fight and Supernatural. For added measure, we tested battery life by running it from full battery to empty. For PC-based VR, we also used productivity apps like Virtual Desktop.

Sharks for Retirement No. 12 by Patrick Marleau 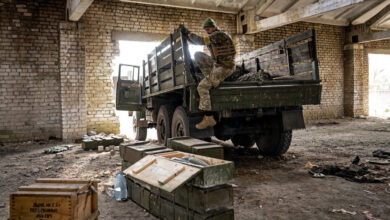 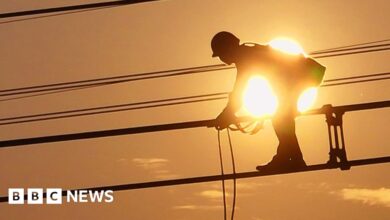 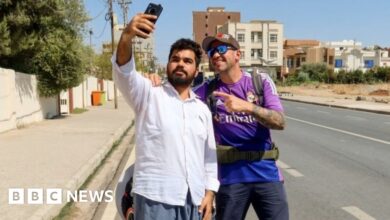 Spanish fan detained in Iran while hiking to World Cup