A top European Commission official and Lithuania’s finance minister said Europe was discussing a sixth round of sanctions against Russia, including an attack on the Russian energy market.

European Commissioner for Trade Valdis Dombrovskis said one of the issues under consideration concerns the oil embargo. There have been discussions of “smart sanctions” that could include tariffs instead of an outright embargo at first.

“So there may be some nuance, but this work is ongoing,” Dombrovskis told reporters in Washington, DC.

In a separate interview with CNN in the US capital, Lithuanian Finance Minister Gintarė Skaistė said she discussed a possible next round of sanctions with US Deputy Treasury Secretary Wally Adeyemo.

Skaistė said sanctions must be coordinated for them to have an impact. “If we don’t agree on sanctions together, the United States and all of our Western allies, it won’t work,” she said.

Dombrovskis said that “technically, the ratification of sanctions can be reviewed very quickly, can be done in a day or two”.

“The question here is basically that sanctions require consensus among member states, so those political discussions are happening in parallel, so it’s important to reach an agreement. unanimous political agreement,” he said.

Skaistė said it was still too early to say when there would be an agreement on that next round of sanctions. She noted that there are both short-term and long-term goals for sanctions: drawing Russian President Vladimir Putin to the negotiating table and weakening Russia’s economy makes it impossible for the country to build up its military.

“Without the ability to reinforce their army, we don’t think there will be war in Europe,” she said.

Dombrovskis said it was important that existing sanctions were actually enforced, noting that they were working with EU member states as well as the broader international community.

The reality is that not all countries have joined those Western sanctions, he said, noting that Beijing is “hedging its bets” and that they are trying to push China and other countries “closer to our approach to Russia”.

Skaistė said they are also focusing on helping the Ukrainian government survive in the short term and in the long term how to rebuild Ukraine more effectively, which she believes “should be closely involved in the Ukraine process.” join the European Union”.

Both Skaistė and Dombrovskis expressed concern about Putin’s future goals if he does not make a definitive stop in Ukraine.

Skaistė told CNN that Russia is trying to impose its influence on its neighbors, noting that this is not the first time.

“Russian propaganda, certain authorities, representatives must not hide that Russia has plans to go further and that if we don’t stop them in Ukraine, they will invade other neighboring countries.” Dombrovskis said, calling this not just an attack on Ukraine but on European security more broadly.

When asked if Europe would agree to respond if Moldova was attacked by Russia, Dombrovskis said it needed to focus on Ukraine right now, “because Putin will go as far as we will let him go”. 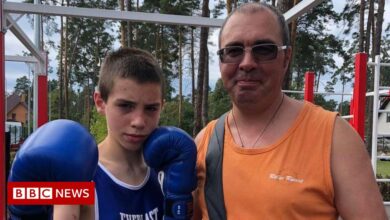 War in Ukraine: ‘I saw a Russian soldier shoot my father dead in Bucha’

Biden Says Russia Should be Ejected from G20 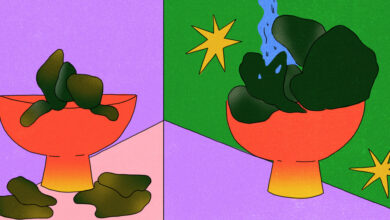