This photo taken on October 1, 2022 shows a young boy (C) being carried as members of the Indonesian army secure the field after the soccer match between Arema FC and Persebaya Surabaya at Kanjuruhan Stadium in Malang, East Java. – At least 129 people died at a football stadium in Indonesia late October 1 when fans entered the field and police responded with tear gas, triggering a stampede, officials said. (Photo: AFP)

At least 129 people died in a riot at an Indonesian football stadium in which thousands of angry home fans invaded the field and police responded with tear gas causing a stampede, authorities said. said on Sunday.

Saturday night’s tragedy in the city of Malang, eastern Malang, which also injured 180 people, is one of the world’s deadliest sports stadium disasters.

Arema FC supporters at Kanjuruhan Stadium stormed the field late on Saturday after their team lost 3-2 to away and bitter rivals, Persebaya Surabaya.

Police, who described the unrest as “riot”, said they tried to force fans back into the stands and fired tear gas after two officers were killed.

According to police, many victims were trampled or suffocated.

Survivors described panicking spectators in a packed crowd as tear gas hit them.

“The policemen fired tear gas, and people spontaneously rushed out, jostled each other and that caused many victims to crash,” 43-year-old spectator Doni, who declined to give his last name, told AFP.

“Nothing happened, there was no riot. I don’t know what the problem is, they suddenly fired tear gas. That’s what shocks me, don’t they think about the kids, ladies? “

President Joko Widodo ordered an investigation into the tragedy, reviewed the safety of all football matches and directed the country’s soccer federation to suspend all matches until “security improvement” is completed.

“I deeply regret this tragedy and I hope this football tragedy will be the last in our country,” Widodo said.

A hospital director told a local TV channel that one of the victims was only five years old.

Pictures taken from inside the stadium during the stampede showed police firing large amounts of tear gas and people climbing over fences.

Video circulating on social media shows people shouting obscenities at the police, who are holding riot shields and holding batons.

Burned vehicles, including a police van, littered the streets outside the stadium on Sunday morning. Police said a total of 13 vehicles were damaged.

The stadium has a capacity of 42,000 and authorities say it is a sold-out. Police said 3,000 people stormed the yard.

“We mean that… not all of them are anarchists. Only about 3,000 people entered the field,” Afinta said.

Fan violence is a thorny issue in Indonesia, where previously deep rivalry has turned into deadly confrontations.

Persebaya Surabaya fans were not allowed to purchase match tickets due to fear of violence.

However, Indonesia’s Coordinating Minister for Political, Legal and Security Affairs, Mahfud MD, said the organizers had ignored the authorities’ recommendation to hold the match in the afternoon instead. night.

And he said the government had recommended printing only 38,000 tickets, but instead a sold out crowd of 42,000.

“The government has made improvements in the conduct of football matches… and will continue to improve. But this sport, which is a favorite of the wider community, often provokes a sudden emotional outpouring of its supporters,” he said in an Instagram post.

Prior to Widodo’s announcement, the Indonesian Football Federation (PSSI) suspended matches of Indonesia’s top league, BRI Liga 1, for a week.

It also bans Arema FC from hosting home matches for the remainder of the season.

“We deeply regret and apologize to the families of the victims and all parties involved in the incident,” PSSI President Mochamad Iriawan said.

The head of the Asian Football Confederation, the football governing body in the region, expressed his condolences at the loss of life in the disaster.

Indonesia will host the FIFA U20 World Cup in May at six stadiums across the country. The Kanjuruhan Stadium in Malang is not on that list.

Other stadium disasters include the 1989 stand rupture at England’s Hillsborough Stadium, which resulted in the deaths of 97 Liverpool fans, and the 2012 Port Said stadium tragedy in Egypt, where 74 people died in clashes.

In 1964, 320 people were killed and more than 1,000 injured in a stampede during the Peru-Argentina Olympic qualifiers at the Lima National Stadium.

"They Send Me When We Get Beaten Badly": Shaun Tait In Press Conference After Pakistan's Loss To England In 6th T20I 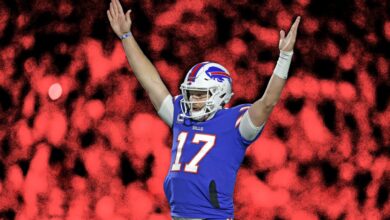 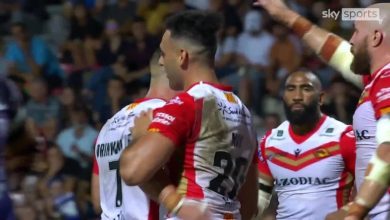 Tyrone can extend the lead of the Dragons! | Videos | Watch TV shows 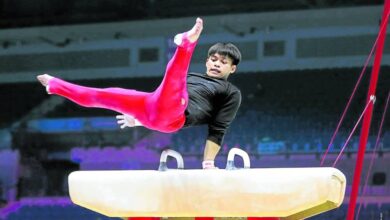 Yulo shooting for perfection as World tilt gets going 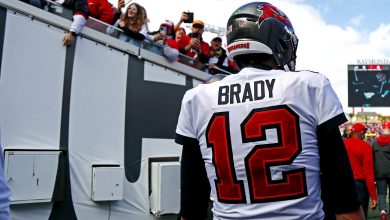 NFL players can retire after the 2022 season