One day after Shahnameh (Fr) was bred and deposited by Aga Khan (Churchill {Ire}) headed the proceedings at Arqana Vente d’Elevage, another 3-year-old of the campaign who became a star in Deauville, as an underdog Vazzana (GB) (Teophilo {Ire}) was knocked down for €120,000 to take the lead in the penultimate auction.

Classified in lot 716, the gulf girl is the daughter of Vazira (Fr) (star sea {Ire}), winner of three of her six career starts, including the 2014 G1 Prix Saint-Alary at Longchamp one start after winning the G3 Prix Vanteaux for the second time in her career. . The female family also includes the heroine of the Prix Saint-Alary Vadawina (Ire) (Unfuwain), the dam of Group 3 and Group 1 winners The Pentagon (Ire) (Galileo {Ire}) and SW/MGSP Vedouma (Fr) (Dalakhani {Ire}); and G1 Prix du Moulin Vadamos (Fr) winner (Monsun {Ger}).

“She was a lovely mare,” said Katie Rudd, who signed the ticket on behalf of Busherstown. “She is going back to Ireland. This is my first time shopping at Vente d’Elevage – the market is strong.”

Train (GB), the daughter of the influential Pivotal (GB), received €55,000 from Jamie Piggott Bloodstock to rank as the second favorite of the session. Deposited by Haras de Castillon, the 9-year-old mare is a half-sister to dual group winner James Garfield (Ire) (Exceed and Excel {Aus}) and SW & MGSP’s dam Nate The Great (GB ) (Nathaniel {Ire}). Trainnah Whazzat (GB)’s dam (Daylami {Ire}) is a half-sister to the dam of US women’s turf champion Uni (GB) (More than readiness). Trainnah was sold in ponies to Ectot (GB). 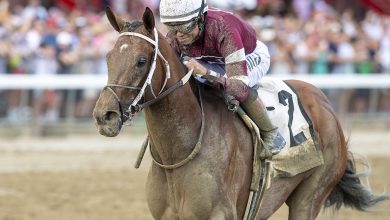 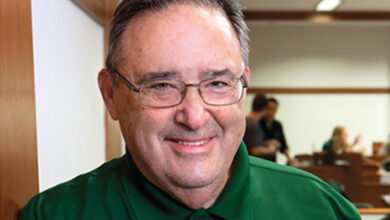 Look at a gift horse in the mouth 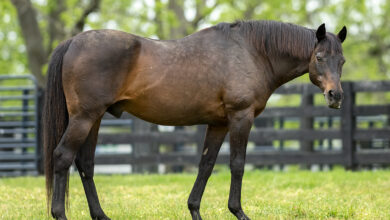