NEW YORK, Mar 09 (IPS) – Russia’s invasion of Ukraine was certainly not a surprise and has unambiguously exposed the West’s weakness. The question is what lesson the United States and its allies should learn from it and what measures they must now undertake to prevent Putin or any future ruthless Russian autocrat from ever daring to invade another country.

As we observe the horrifying unfolding events in Ukraine, the escalating death toll, and the destruction that is raining down on cities and innocent Ukrainians, we must be true to ourselves and admit that we—the US and our European allies made it possible for Putin to wage such an unprovoked and unjustified war.

Since the collapse of the Soviet Union in 1991, we have basically taken for granted the new world order, believing that the Soviet Union is a thing of the past and that Putin’s ambition to resurrect the Russian Empire is nothing more than posturing. We have dealt with his military campaigns in Georgia and his annexation of Crimea by imposing sanctions, which have hardly been crippling.

Meanwhile, we have steadily been exposing our vulnerabilities, which Putin has been carefully and diligently studying, preparing himself for what we are now witnessing with great alarm but great moral failing.

To understand the magnitude of Putin’s danger to the world order, it suffices to quote US Ambassador to the UN, Linda Thomas-Greenfield, who stated that “Putin asserted that Russia today has a rightful claim to all territories – all territories – from the Russian Empire; the same Russian Empire from before the Soviet Union, from over 100 years ago, ” including Ukraine, Finland, Belarus, Georgia, Moldova, Kazakhstan, Kyrgyzstan, Tajikistan, Turkmenistan, Uzbekistan, Lithuania, Latvia, Estonia, and parts of Poland and Turkey”.

The State Department later declared “These countries are sovereign. They are independent. They are not part of Russia. You have no claim to them,” which suggests how dangerous and out of control Putin is. In response to this unparalleled state of affairs, the West under American leadership must regroup and commit to spare no effort to stop Putin in his tracks and be prepared to take whatever measures are necessary to that end.

There are five areas that we have sorely neglected and allowed to fester, which we must now tackle with utmost urgency if we want to prevent another catastrophe and restore stability and peace in the European theater.

Although the Biden administration knew for several months, based on solid intelligence, that Putin was planning to invade Ukraine and shared that information with our allies, they did not provide the Ukrainian army with defensive and offensive weapons ahead of time.

What is worse is that weeks before the invasion, Biden publicly stated that the US had no intention of interfering militarily on behalf of Ukraine, which sent exactly the wrong message to Putin—that he should not fear NATO intervention.

Moreover, NATO member states waited for the invasion to happen before they decided to rush such equipment, which would have otherwise sent a clear message to Putin that the West stands firmly behind Ukraine.

Contrary to NATO member states who enjoy collective security, many non-NATO democracies, including Finland, Sweden, Georgia, Bosnia and Herzegovina, and Ukraine itself, do not have the same security protection and hence NATO could not interfere militarily to stop the invading Russian forces.

Moreover, these states do not have the ‘security guarantees’ that the US provides to countries such as Israel, South Korea, Japan, albeit the US has some form of defense pact with 69 countries, mostly through NATO and the Organization of American States (OAS).

The time is now for the US and its allies to provide significant military aid to these countries and not wait for the next Russian invasion. In addition, NATO should fast track the applications of the states that wish to join NATO. Strengthening their militaries and preparedness will force Putin or any other Russian despot to think twice before they dare to invade any of these countries.

As European NATO members bicker about their military expenditure, which is required to be two percent of each member’s GDP, they continue to rely heavily on the US to carry much of the financial burden for their security. Meanwhile, Putin was busy building one of the most formidable military machines in modern times, which he put on full display as he invaded Ukraine.

It is time wake up. NATO members must, at a minimum, double their military contribution from two to four percent to ensure that along with the US, NATO’s conventional military defenses and offensive capabilities are overwhelming to a degree that no Russian leader can ever presume to challenge with impunity.

Moreover, it is in NATO’s best geostrategic interests to include other European countries, especially, Georgia, Bosnia and Herzegovina, and Kosovo, who have long wanted to join NATO.

As the US argued contentiously with China about its trade practices, Taiwan, and its human right abuses, Putin was investing much time and energy in developing close ties with China’s leader Chairman Xi, while expanding trade and military cooperation between their two countries.

Both leaders want to limit America’s sphere of influence in Europe and Asia, and although they declared, when they met during the Winter Olympics, that there are “no limits” to the growth of their bilateral relations, the US can and should create daylight between them.

The Biden administration must now carefully recalibrate its China policy. Notwithstanding their deep conflicting issues, it is time to mend relations with China. This is necessary not only because it serves America’s interest, but also will let the Chinese realize that there is a limit to Chinese-Russian bilateral relations and that the US remains an indispensable trading partner.

China’s trade interest with the US is critical to its economy, in addition to the fact that more than $1 trillion of China’s reserve funds are held in US Treasury securities, not Russian banks.

Moreover, both the US and China concur when it comes to respecting the sovereignty and independence of other countries (albeit the Chinese are much stricter in their philosophy of non-interference), and although China did not condemn publicly Russia’s invasion, it certainly expressed its displeasure with Moscow.

The Biden administration should initiate new and comprehensive discussions with the Chinese government about all their differences and follow Kissinger’s negotiating approach to China by delinking the disputes over their conflicting issues.

Regardless of how egregious China’s human rights violations are, the US should raise critical issues in private as long as it achieves the same objective. China resists any country that interferes in its domestic affairs and does not want to air its dirty laundry in public once they agree to engage in such discussions. However, if private pressure does not work, especially in ending China’s egregious violations, including genocide, public pressure can be resumed.

Push for reforming the UNSC

Although the United Nations Security Council (UNSC) was established to maintain global peace and security, it has long since lost its relevance. The veto powers accorded to the five permanent members—the US, UK, China, France, and Russia—have been frequently used by one or the other to serve their interest, regardless of how inconsistent that might have been to the goal of maintaining peace and security.

During the UNSC emergency session as Russia was invading Ukraine, the Russian ambassador had the audacity to make a totally baseless and false statement declaring that Russia was merely sending peacekeeping troops to the eastern part of the country to prevent a “genocide” by the Ukrainian military against the people of Donetsk and Luhansk.

During the session, we heard extraordinarily powerful and moving speeches, especially by the Ambassador of Ireland, but that was just about the extent to which the UNSC could go, which sadly and tragically has become nothing more than a debating forum. In fact, there is no more glaring example of how irrelevant the UNSC has become, than that debate on February 24.

There is a dire need now to reform the UNSC to reflect the changing geostrategic and demographic reality and its impact on the global order. These reforms are critical to ensure that the UNSC lives up to its founding premise to maintain global peace and security.

They must include enforceable political and sanctioning mechanisms to prevent a brazen and unprovoked invasion by Russia or any other power on a sovereign nation in the future. How absurd can it get when Russia, which invaded the sovereign democratic nation of Ukraine and committed war crimes, can still exercise its veto power against any resolution that condemns it, and do so without any repercussions?

Although comprehensive reforms of the UN will be extraordinary difficult and may take years, the effort must nevertheless begin immediately and the focus should be on reforming the UNSC first to prevent a single country, and for that matter, one ruthless despot, from changing the world order.

Despite overwhelming opposition from both the Security Council member states and the General Assembly, Putin went ahead with his planned invasion of Ukraine, knowing full well that he can grossly violate the UN Charter and do so with impunity.

While we were becoming accustomed to Putin’s outrageous behavior, America’s democracy was put on the chopping block thanks to Trump and his blind Republican followers. Trump spared no effort to polarize the country to the core while serving as Putin’s agent in the White House to trample on American democratic institutions. Our democracy became vulnerable and is retreating, which is precisely what Putin was hoping for and was ready to exploit—and he did.

There is no better time than now for the Biden administration to strengthen our democratic institutions at home while making every effort to reach out to any Republican with an ounce of integrity to begin the healing process. Tragically, there are too many so-called Republicans who follow Trump and are ready to sacrifice America’s democracy on the altar of his twisted ego.

Trump followers, to be sure, are sycophantic, a poison for our Republic, and the kiss of death to our democratic institutions. Every single one of them must look at themself in the mirror and ask: What do I stand for? Do I stand for unity and for our 240-year-old democracy and for what is right and moral, or do I stand for autocracy led by a moron like Trump who considers a vicious and dishonest thug like Putin, who is committing war crimes in broad daylight, a “genius”?

America’s strength lies where it always has—in freedom, equality, human rights, and above all, in genuine patriotism and unity, as the nation must always come first before any political party or individual’s interests. Putin has challenged the West and we all came together.

We must now build on this momentum and send the most unambiguous message to Putin—you have made a horrific mistake by invading Ukraine and you will pay for it. And we will ensure that your war crimes against the Ukrainian people will be the beginning of the end of your era and your reign of terror.

I salute the courage of the Ukrainian people, I salute President Zelensky for his exemplary leadership, fortitude, and high moral standing, and I mourn for the Ukrainians who fought and died with valor and bravery for their country and for their freedom.

Dr. Alon Ben-Meir is a retired professor of international relations at the Center for Global Affairs at New York University (NYU). He taught courses on international negotiation and Middle Eastern studies for over 20 years.

If you claim Ghost Of Tsushima Legends on PS Plus, you'll get a PS5 upgrade price cut by the director 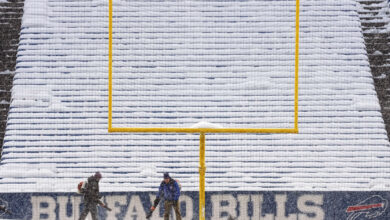 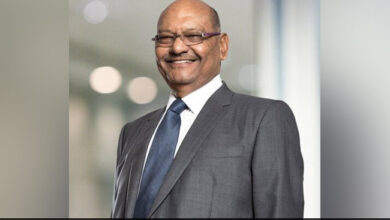 Vedanta Chairman On Why Firm Chose Gujarat Over Maharashtra For Plant 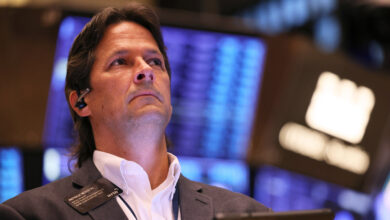