I don’t understand how much will change after that, or how quickly. Soon after, the path in the park was closed because of melting permafrost and landslides, locking the bike ride to Polychrome Pass into the archives of the past. I couldn’t see the current chaotic family life, every hour of chaos and noise, to the image of my eldest son riding his bicycle to kindergarten one day. And nowhere in my imagination have I had a space for those pandemic-long months at home when cycling often feels like the only normal thing we do. What I’ve come to realize is: Bicycles will get us there, now and always. Between sightings of bears curling and nursing on the tundra, looking out onto the crowded street into the vastness of the park seems to be the closest thing to freedom I’ve known since become a mother of two.

Since our trip to Denali, our cycling style has aged with our sons, ages 5 and 7, no longer babies but boys. Over the summer, we’ve shipped baby carriers and backpacks, stacked bikes, and gone several miles without complaining. In the winter, we tunnel through the snow and slide on the ice, often not the way we intended. In each season, our fleet changes in tandem with our lives. From toddler balance bikes to tow bikes, snowmobiles to snowmobiles, tow ropes to sheer stubbornness, the only lesson worth recalling is that nothing is ever the same. long time.

Often, we find bicycles essential for recreation as well as transportation, just as they were during a weekend with my sister’s family in the Talkeetna Mountains north of Anchorage. With one balance bike, three pedal bikes, four kids and three adults sweating profusely, backpacks, we headed out into the rain along a muddy road. When the trail became too steep to ride, we stow our bikes behind a tree and climbed an alpine lake, where we pitched our tents and stripped soggy clothes, picking M&Ms from a mix of roads worn and assured our kids that, yes, we will one day make it home. In their imaginations, they might have cycled a marathon up a mountain then climbed to the top of the highest mountain in the world. For adults, the feeling of being tired of begging, bribing and wondering whose bad idea this is, is almost a lingering feeling. But by breakfast the next day, everyone’s complaints had gone up in smoke. When we got back to our bikes, the kids cheered and cheered, excited at the prospect of being able to roll downhill.

As our range expands, so does our speed, which can be both a gift and a horror. One afternoon, on a local cycling trail, I found myself alternately sweating as I pushed uphill and shivering as I waited, seducing one boy with sweets and the other with words. We promise we’ll get there, or at least I will. think we did. As we neared the end of the loop, the trail narrows and the boys run and jump for position, the younger one making a daring, poorly timed pass. In a blur of wobbling steering and splattering mud, they skimmed the corner and passed a moose that had just entered the field of view below us. I chased after them frantically, fearing the worst. When I reached the foothills and saw both boys squealing but uninjured and the elk darting away in the distance, I squeezed them and closed in. We sat down on a log and I divided the last of the marshmallow bears into their wet, muddy palms, slowly counting each one as a blessing.

It can be said that cycling always makes us feel exercised and energized, family connected and happy. Even bicycles don’t work miracles. Instead, they help bring us back to ourselves, providing an example where we realize time is fleeting, parenting is humility, and family adventures are part of the story. big worth pursuing. Above all, they change our vision, never leaving us quite where we started. 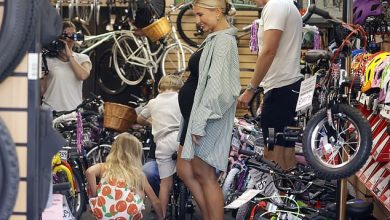 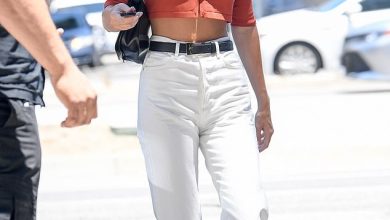 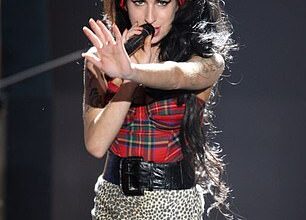 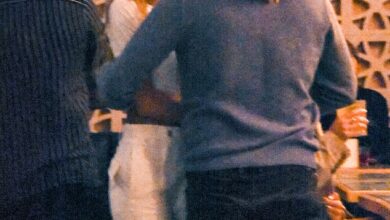